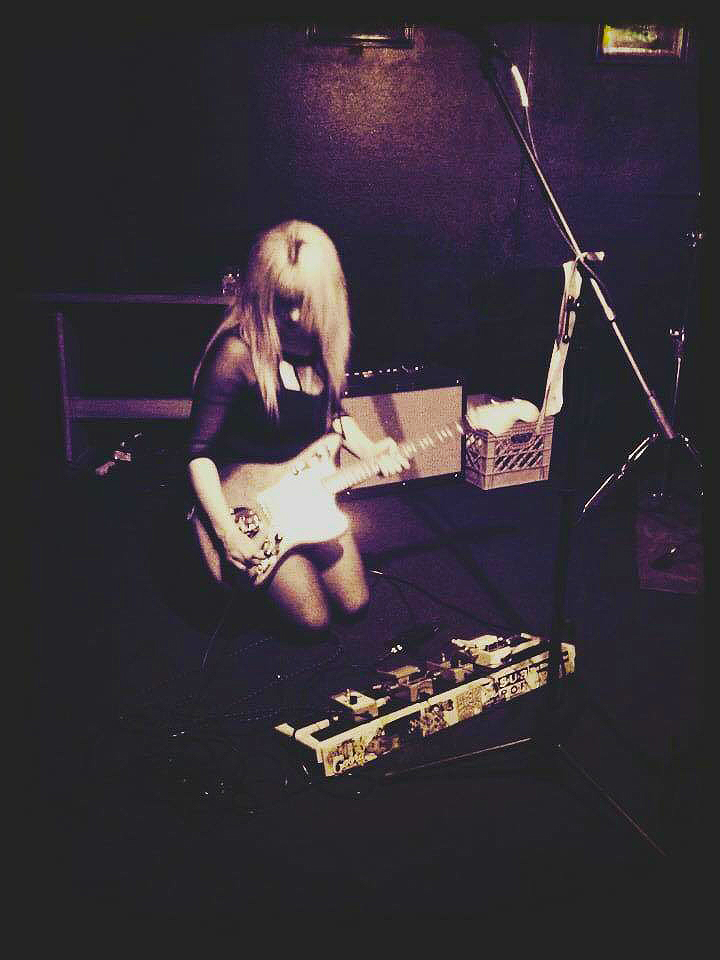 Dusty Rose makes some pretty rad and rowdy music in the Phoenix-based band, Shovel. Today however, we asked her to pick some of her favorite tracks to share with all of you. These are the 10 songs Dusty thinks everyone should hear. After you meander through this list, make sure you follow up with some social media love for Shovel and order for their new LP (available on blue vinyl through Dirty Water Records).

God Damn these guys are good. Thank you Freddy for introducing me to them.
This song reeks of lust. A carnal ride of sinister and bliss. An intoxication. A good girl gone bad.
The lyrics inspire me to want to write better.

The lyrics in this song too…my goodness.. such raucous animalistic charm.

This is my go to song when I’m feeling a bit wily. The lawless racket emitting from their pedals is chaotic, yet brilliantly guided.

I’ve seen the Melvins many times. I even walked up to Dale Crover at The Roxy for the Babes in Toyland reunion to say hello like a goob. But he was super cool. Just like this vid. This is probably the coolest vid. Ok let’s admit, not probably.. It IS the coolest. Dale dressed as a sleezy looking lounge singer, Dale dressed up as a fluffy eye patch wearing husky, and Dale dressed up as a housewife in oven mitts? Are those oven mitts? Ward can you start drumming in oven mitts? The mustached, cowboy, pelvic thrusty bass player from The Birthday Party reincarnated. And the Asian keyboard player with the best hair and hip move ever. The song grooves with subtle beautiful eeriness while raunchy guitar riffs sprout throughout… creating a killer striptease of noise.

I love this drum beat amongst the fuzzy guitars. If I was a drummer, I’d want to play like that. Not quite full on punk or full on garage rock, more like the scuzzy cousin of indie rock. I really love how Clementine, the singer, rollercoasters her voice around. I imagine this is the kind of song that plays in the head of My So Called Life’s Angela Chase. Great tune.

Ween
“Cover It With Gas and Set It On Fire”

When we played Vegas a few years ago Ween was playing in the car on our drive home. Ween is musically all over the place & I love that. I always have this song stuck in my head and sing it out loud with no one knowing what the fff I’m talkin aboot.

This song is gorgeously eclectic and I believe sung entirely in Spanish. Inflamed and romantically swayful.

The greatest 7 minute song of all time. 7 min of perfection. I’m a big fan of the bass/guitar trudging sound (Big Black/Shellac/etc).

I love the 2 min mark..the riff after the build up. Then he goes nutty at the end. Makes me want to go make out.

If pulp fiction had another dance scene, this song would be playing in the background. A magnetic shimmy shake of a tune. I once saw a guy named Lunchbox do the rolling the dice move to this. You can’t beat that. Plus I love this band’s on stage banter.

For # 9, I’m having a hard time deciding on. So I am drinking a glass of wine and letting the wine decide. I mean it really could be any of these…

“I saw an X ray of a Girl Passing Gas” by Butthole Surfers, “Sherry Fraser” by Marcy Playground, “Crack UP” by Big Black, “Come Again” by Au Pairs, “Funtime” by Iggy Pop, “Alice Said” by Screaming Trees, “I Dreamed I Dream” by Sonic Youth, or even “East 1999” by Bone Thugs & Harmony.

But I am going to go with our old friend Lee Hazelwood and “Four Kinds of Lonely”. Why? Because it’s a fun song to sing. And the wine says so. Although “I saw an X ray of a Girl Passing Gas” is really fun to drum on your chest to while sitting in the dark in front of the computer glare. Where was I? Oh yes. Lee. That mustache. That bass line. Good stuff.

Lightnin’ Hopkins
“Bring Me My Shotgun”

This man gots flavor. That guitar strum. That feel. Nothing but grit & gold. That is all I have to say.