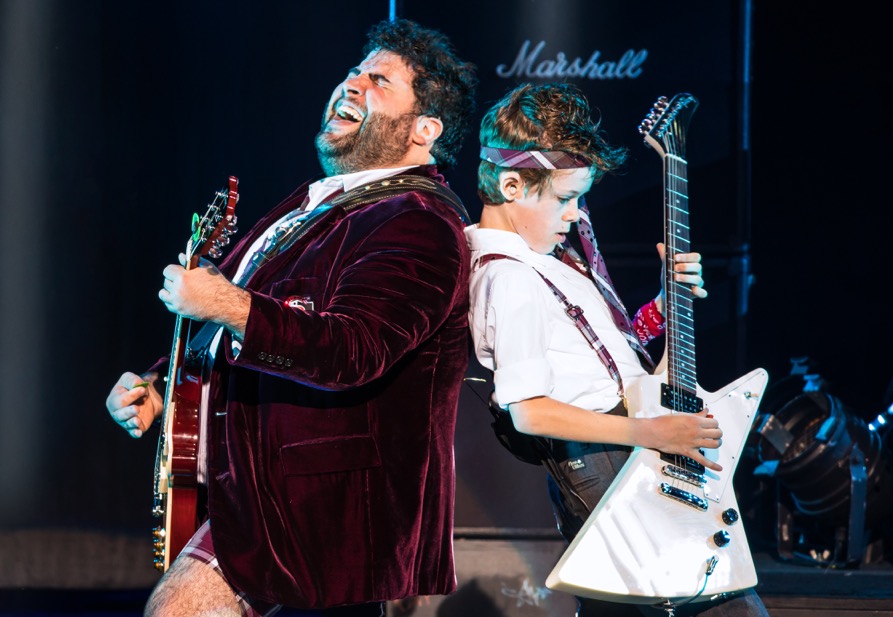 As a lifelong theatre lover, I go into every show with an open mind, an open heart, and a desire and expectation to have a positive experience. Thus I almost always do. I am admittedly not the most critical of theatre critics. I own that. Because I viscerally respond to experiencing art communally. I love being part of an audience. It feeds my soul. So I tend to forgive many shortcomings and honor the artistry of every production.

So I will begin by admitting that being a part of opening night at School of Rock was downright fun and an absolute pleasure. I had wonderful time. It had very high highs, including several moments that epitomized what I look for in a show. But with all of that said, it was also lacking something that I can’t quite put my finger on…

Ultimately, School of Rock is a show about misfits finding their tribe. Privileged, but relatively ignored, children finding love and acceptance by seeing themselves through the adoring eyes of an artistic ‘loser’. An aging wannabe rockstar without realistic professional ambitions who somehow manages to see the potential in others more profoundly than any other ‘grown up’ can. Bookended by people who have turned their backs on innate passions to focus on careers, professionalism, conformity, appearances. Otherwise known as ‘adulting’ in ‘the real world’. 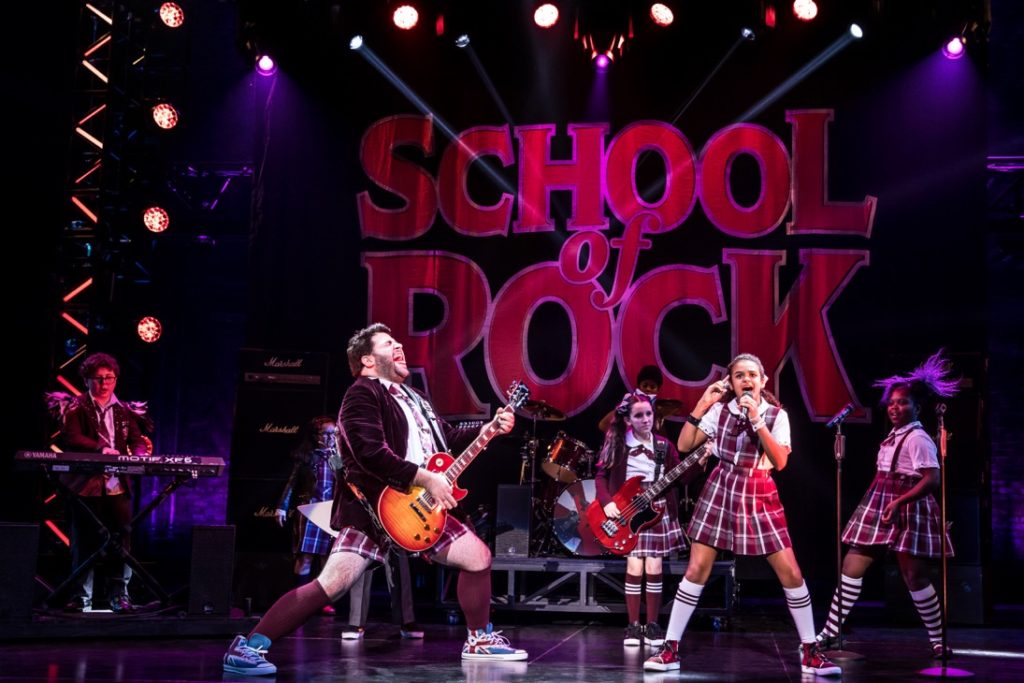 The kids are absolutely phenomenal. After all, this is a show that built its hype on the fact that the very young cast plays their instruments live, on stage. And that hype is completely justifiable. They are completely magnetic. The show is anchored by Theo Mitchell-Penner as Lawrence (on keyboard), Theodora Silverman as Katie (on bass), Gilberto Moretti-Hamilton as Freddy (the drummer) and Vincent Molden as Zack (the incredible guitar player). Every time they rock out live on stage, the audience erupts with excitement. Even those accustomed to seeing young people perform on a stage cannot help but be floored by the elevated talent that comes with the quadruple threat of children who can act, sing, dance, and play live music that rivals some of the greatest rock musicians in history.

Rob Colletti is campy and sufficiently Jack Black-esque as Dewey. And Lexie Dorsett Sharp is mesmerizing as Rosalie, the buttoned-up principal longing to rediscover her Stevie Nicks-inspired youth. Her “Where Did The Rock Go” lookback was arguably the most authentically ‘musical’ moment in a show that felt more like a disjointed story set to music. 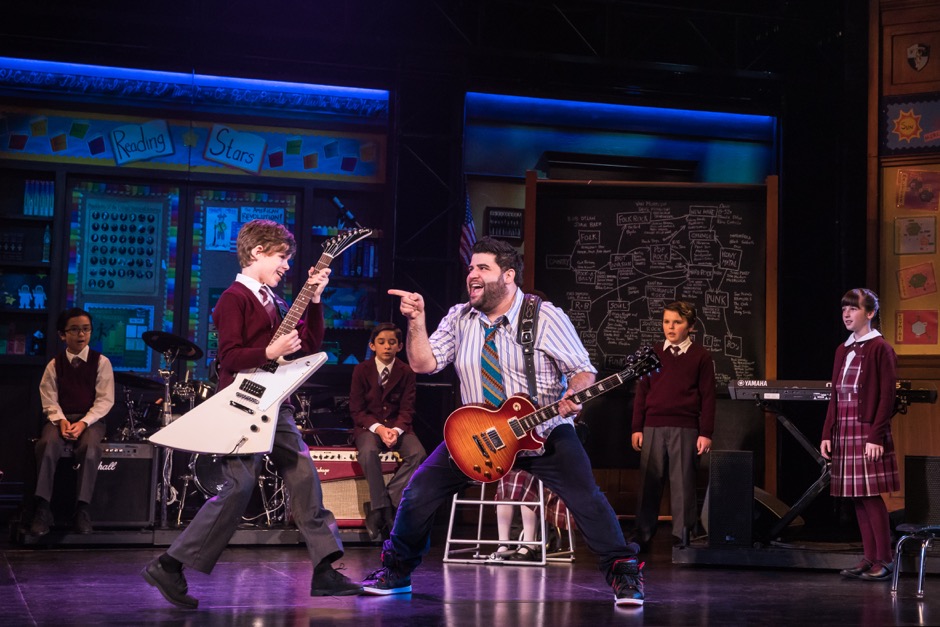 The structure of the show was quite formulaic and regimented. More calculated than organic. The characters were somewhat superficial, and even the most touching of moments seemed forced, sandwiched in between the performance pieces. The audience was frequently expected to downshift too quickly from emotional touchpoints to cheesy jokes and regimented musical numbers. In the end, I left feeling a bit manipulated. Because as good as the kids were, as great as we felt cheering for them as they impressively played their instruments and touched our hearts with their stories, there was still a feeling of wanting.

At a time when critics are complaining more and more about Broadway shifting away from truly original works and unique storytelling, this was a show that caters to the ‘fun’ that is expected by theatre-goers, but lacks some of the depth that can also be achieved by a truly great work of art. It is fun. It will inevitably result in a standing ovation at the end to honor the talent on stage, but it may ultimately leave you wanting to experience a show with a bit more depth.

School of Rock closed out the 2017-2018 season at ASU Gammage. Season tickets to the 2018-2019 season are still available from the ASU Gammage website. School of Rock is currently touring the US, with shows scheduled all over the country through June of 2019. Tickets are available through it’s website. For additional information on what’s coming next season to ASU Gammage, check out Rebecca’s article about some of the highlights.