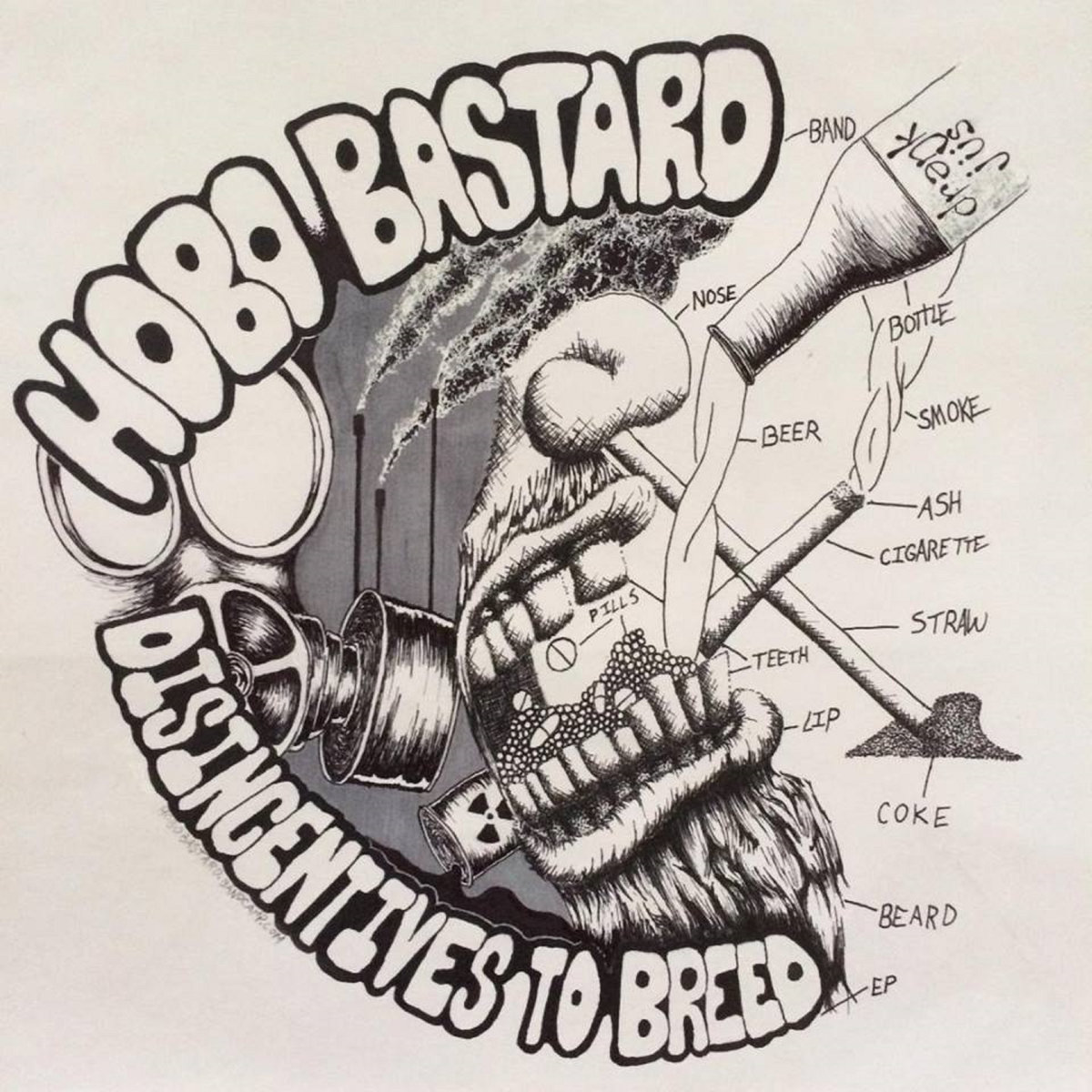 I admittingly was quite unfamiliar with Hobo Bastard before deciding to pop in their EP released in April titled Disincentives to Breed. After all, my existence as a white gay man floating in genetic emotional instability practically is, for all intents and purposes, my “brand message” of a disincentive to breed. After spending my 17th year of existence in 2012 at Gilbert and Germann, working at a McDonalds who exclusively established a “playplace” for toddlers, the endless flow of french fries, body fluids, and bad parenting reminds me how lucky I am that my male “ho-ho” did not compute with the biologically female “who-ha.”

Comedian Morgan Murphy says it best: “I get it; abortions aren’t for everybody. They’re kind of like children that way.” It’s the best non-argument to breed if you please, but no hard feelings if you don’t.

But who am I to judge? I don’t hate kids at all, I work with them. I simply feel more of us who shouldn’t have kids need more disincentives to breed based on past actions and qualifications our life has amounted to.

But I digress: while I’m trying not to go on another erratic Supremes tangent via album review, something was in the water again and I had to trigger some entity before I zoned in my focus. Today, I dedicate my time to the musical trappings of Jesse Denton, Travis Hansen, and “Luke” of Tempe punk unit, Hobo Bastard. What may first appear as another exercise in filthy desert punk reveals itself to be a thoughtful tribute to past pop punk trends mixed with organized, well-executed production values.

As caustic as their image may seem on social media, the Disincentives To Breed EP contains careful ears to every technical aspect of the track. While the running times may be short, it only takes a quick listen to opening track “Gelfling” to understand they had symphonies and the “beats” of storytelling in mind. Each riff found in the track has a purpose of moving the music and lyrics forward, impressively with no wasted space or that feeling of wanting more. Like a musical tour of early 00s punk, Hobo Bastard pulls out all the compositional bells and whistles by incorporating elements that have been proven to work in the past, but also show their dedication in making their sound distinctly their own.

Within “shit piss and rock n’ roll,” we find a more modern sound widely associated with punk bands of today mixed with lyrics that might decry the former: “I’ve been here before, but it’s starts to sound the same.” As the song’s mantra only cements its seemingly-pointed satire of mocking the tired sounds less savory acts have attempted in the past. The satire only seems too real as the careful choices and musical diversity presented in the opening track contradict what seems to be intentionally “quick-in-a-jiff” riffs, emotionally blunt lyrics with pure punk energy in mind mocking the soundalikes simultaneously.

This contradiction proves its point in “Itchy Finger Nash” when the careful choices in production return and we are treated to more vocal harmonies than in the last two tracks. While the seasoned mastering does explore every instrument in the mix from beginning to end of the EP, “Itchy Finger Nash” showcases each members’ vocals crystal clear and cohesively. If any of these tracks make the perfect song during the climax of a 2004 stoner film, this track would have probably made the cut somewhere above that Goldfinger “99 Balloons” cover but below the strange inclusion of Blondie’s “Dreaming.”

“John’s Salt Water’s Blues” escape some of the pop trappings of the former tracks but tap into some emotional lyrical material interspersed in-between the house-party vibes. I would gladly play this track sobbing in my room alone with my young adult angst or blast this over a hypothetical BBQ that will never happen but is a nice idea. “Pot Noodle Love” ends the EP with some sweet surprise guitar licks interspersed between the rhythm and melody in places you wouldn’t expect any deviation. Ending the track in a shower of harmonies, layering, and powerful lines of guitar, Disincentives To Breed ends the way it began: a musical story about a punk band who puts their songwriting chops to the forefront and an immense level of care into the final product.

But we ask ourselves, has the institution of Hobo Bastard achieved their goal? Did their five-track EP give me even more audio-based disincentives to breed? Unfortunately, experiments fail, and I feel like this piece of work gave me more of an incentive to breed and the opposite effect of what was prescribed. If they are trying to get anyone to stop breeding, this EP will only worsen the problem facing the youth of America.

Please think of the children and grab some Disincentives to Breed today.