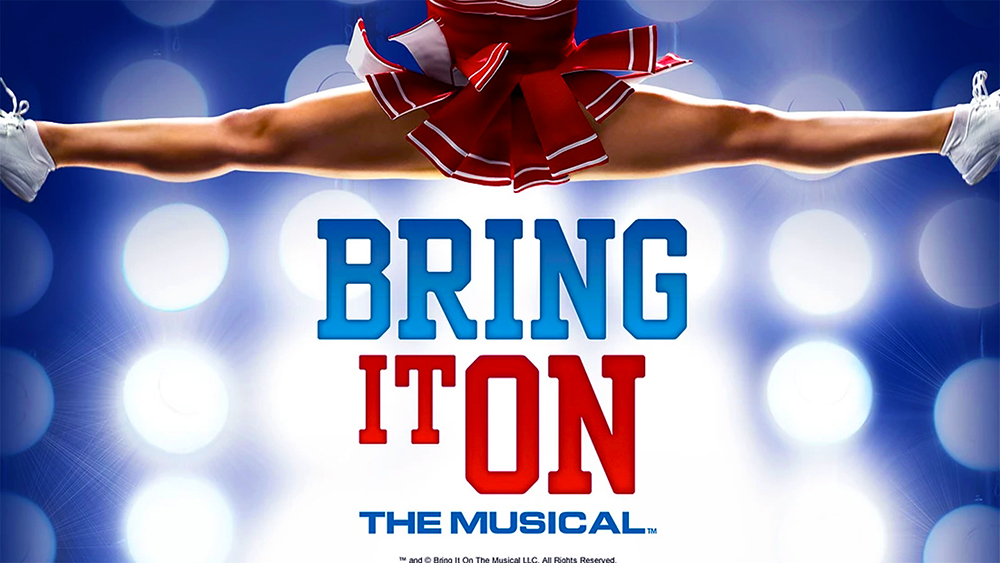 One of my earliest memories on stage was in a children’s production of The Little Mermaid, as a small fry, in a tiny theater, in a tiny strip mall just down the street from my childhood home.

That’s why walking into the new the Desert Stages Theatre (DST) venue for the first time since it moved into the old Harkins space in Fashion Square was somewhat surreal. My how far this ‘little theatre that could’ has come! Its previous space in the same parking lot, unattached and on the corner, was lovely. But this new large and lavish venue is on another level! A beautiful and very exciting level for yet another of our local community theatres that is finding tremendous gradual success.

It was opening night of Bring It On: The Musical. Packed house. Clearly full of friends and family members of the cast and crew. The audience was ready to cheer and clap and show tremendous love to the performers. In other words, it was an ideal night at the theatre. I had my young teenage nieces in tow, excited to see their first live musical, especially with a cast of their peers. And I am proud to say that they both left with a new found love and appreciation for the art form closest to my heart.

Bring It On, based on the movie franchise of the same name, is a comedy about cheerleading, high school, and kids finding themselves by navigating through the trials that come with both. The music by Tom Kitt, Amanda Green and Lin-Manuel Miranda, is a beautiful balance of traditional scores and the rap and hip hop styles made famous by Miranda in Hamilton and In The Heights. The original Broadway production ran for roughly 5 months in 2012, and was primarily anchored by professionally-orchestrated cheerleading routines. While the leads were actors, much of the ensemble was comprised of experienced cheerleaders.

In contrast, DST’s Bring It On is all about the performances by the young cast of 12-19 year olds. There is no live orchestra, the sets are minimalist roll-on and roll-off pieces, and the space is defined by projections on the backdrop. There are a handful of very well-trained dancers and tumblers that help to amp up the energy. But this is ultimately a production full of extremely strong performers demonstrating the range of their craft. 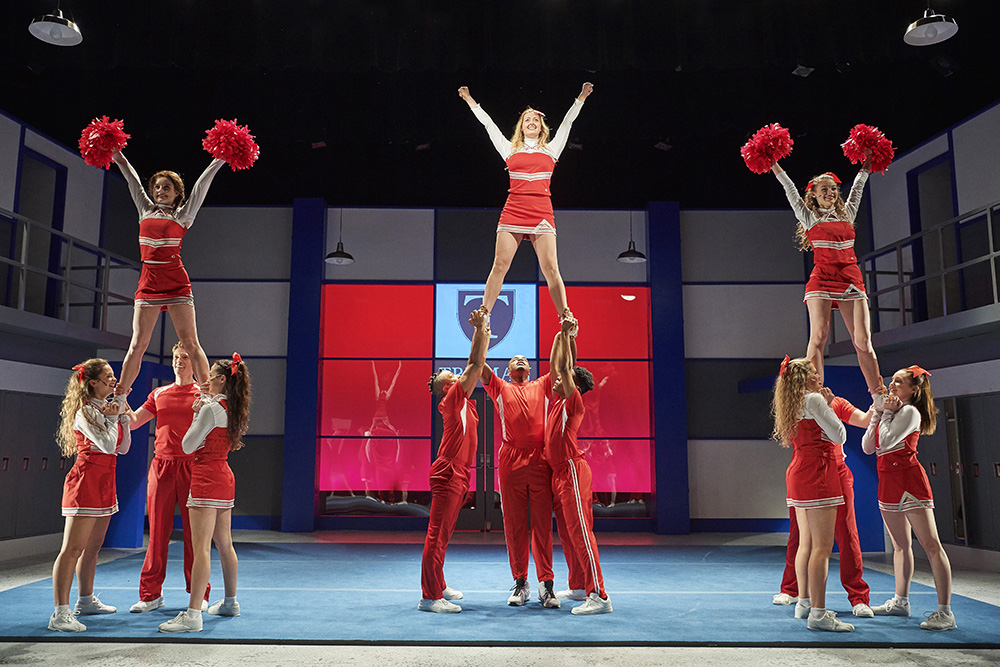 © Bring It On: The Musical | Photo by Roger Mastroianni | Photo Source

Sarah Pansing is quite natural as Campbell, the show’s leading lady. She is charming from the outset and maintains her lovely voice throughout, even while performing impressive cardio-taxing endeavors. Kiara Adams has tremendous acting chops as Danielle, the queen bee of the Jackson High dance crew. Jack Yampolsky is ridiculously charismatic as Twig, throwing down perfectly-articulated Miranda-esque rap lines on cue.

Jayda Mendiola and Jeremy Yampolsky as Nautica and La Cienega respectively are super fun to watch. La Cienega was the first trans high school character represented in Broadway history. At that time only 6 years ago, the reception was much more perplexed. It was heartening that nobody even blinked before total acceptance. Thereafter, the crowd absolutely loved her.

Kyle Hoffmaster has the voice that will clearly take him to the big time, and brings uncontrollable happy tears as Randall singing “Enjoy The Trip”. However, the standout performance, amongst this incredibly talented group of performers, is hands down Sabrina Kiepke as Bridget. Her comical timing is spot-on, her voice is mature and unwavering, and her magnetism is undeniable. If she was on stage, I found it difficult to keep my eyes off of her. She is not over-acting or up-staging. She is delivering the performance of a (young) lifetime.

There is much praise to be awarded to this show. It is packed full of talent, exuberance and hilarity. I laughed. I cheered. I cried a little, and applauded uncontrollably. I also often found it difficult to restrain myself from dancing in my seat. It was a tremendous joy to experience, and I could not be happier to have shared this experience with my nieces who are now (dare I proudly say?) on their own paths to becoming ‘theatre nerds’. A badge I have worn proudly for most of my life, and do my best to pass on to younger generations.

I encourage you to go see this show while you can. Take the teens and tweens in your life. Seeing how much it excites and empowers them is well worth the price of admission, aside from the fact that the production itself already is.

Bring It On: The Musical is playing at Desert Stages Theatre on Fridays through Sundays until July 29th. Advanced tickets can be purchased through the DST website. Limited discounted tickets can also be purchased through Goldstar. If you purchase through Goldstar, for a limited time, you can also use the discount code BROADWAY for additional savings. This is one of the greatest bang-for-your-buck options for a July night out in the valley. I encourage you to get out there and support these amazing kids. They will absolutely knock your socks off!