On June 25 and 28, middle-Americans had the luxury of seeing a Broadway show close to home. Fathom Events are special engagements where, for only a couple of days, select movie theaters all over the country air unique productions. This one brought us the glory that is Bandstand.

In the golden age, seeing a live show in NYC was inexpensive and highly accessible. Going to the cinema was much more cost-prohibitive. Anyone who wanted to experience live theatre could go for next-to-nothing, even if they opted to do so from the standing-room-only section. Live theatre was communal and all-encompassing. Somewhere along the way, the dynamic shifted, and seeing a live production became steeped in elitism.

Now, in a culture that focuses on grosses over accessibility, it is heartening that the Broadway community is starting to spread its wings: risking the (totally improbable) bastardization of live-show ticket sales for the sake of offering the incredible feeling of seeing a show on Broadway to those who would not otherwise have the luxury.

This represents a drastic and fundamental change, signifying progress and acceptance of ‘the new normal’ way of consuming media. Recorded shows are also streamed online via BroadwayHD. And a show that is coming back to theatres on July 26 and 28, Newsies, is currently available on Netflix. Catch that one if you can, whether you do so at a movie theater or from your couch!

Finding out that Bandstand would be the newest Broadway Fathom Event was a very nice surprise. I desperately wanted to see it in New York last year. It was one of those gems that was clearly special, but could not compete with hype of other shows in its season. Everyone who saw it loved it. Lin-Manuel Miranda, whose judgement I very much respect, encouraged followers to go see it after he did, claiming it has the “best act one closer since Defying Gravity.” And I agree by the way! The cast and production team were incredible. The story was highly relevant. Still, its time on the Great White Way was cut short, closing after only 5 months.

Bandstand is a powerful show about the realities of troops coming home from war and the unseen scars they carry with them. Centered around musicians who served in WWII who start a band as a means of finding a new life, and a gold star wife who becomes their muse.

The Company performs “You Deserve It”

The production was stellar. Both Corey Cott and Laura Osnes delivered performances worthy of Tony-noms, though neither received one. Plus, the rest of the cast were nearly just as strong. Andy Blankenbuehler’s direction was solid, and his Tony-winning swing choreography was exuberant and high-flying. I seriously have not seen that much air time since Cirque’s Paramour. As a lover of New York, I also very much appreciated the reverence shown to “the greatest city in the world”, both visually and through song. All in all, it is a beautiful production and one I am very glad I got to experience.

Though I have not had this experience with other Fathom Events, we seemed to have a little technical difficulty at the outset. My tickets said it started at 7:30 PM but the theater had it listed to begin at 7:00 PM. Luckily we showed up early. Even then, it started sometime in between, resulting in us missing the first song and abruptly plunging in at the start of the second. However, this seems to have been show and theater-specific issue as attendees all over the country saw the show from beginning to end without any issues.

This is a new format, and attendees often aren’t sure what is appropriate. We are used to being quiet in a movie theater, and there are no live actors to praise with clapping, so most shows are silent. I couldn’t help but clap at the end of Act 1 as we transitioned into a quick 5-minute intermission (remember what Lin said?), but I was pretty much the only one. Other Fathom shows I have seen had audiences clapping just as they would at a live production. So as audiences attend more of these events, I expect we will develop our new live-but-not-live show norms. And I am looking forward to being a part of building this new, much more accessible, theater experience.

If this unique night out sounds interesting, check out this Playbill article for a listing of upcoming broadcasts. You can also explore upcoming events and purchase tickets on the Fathom website. 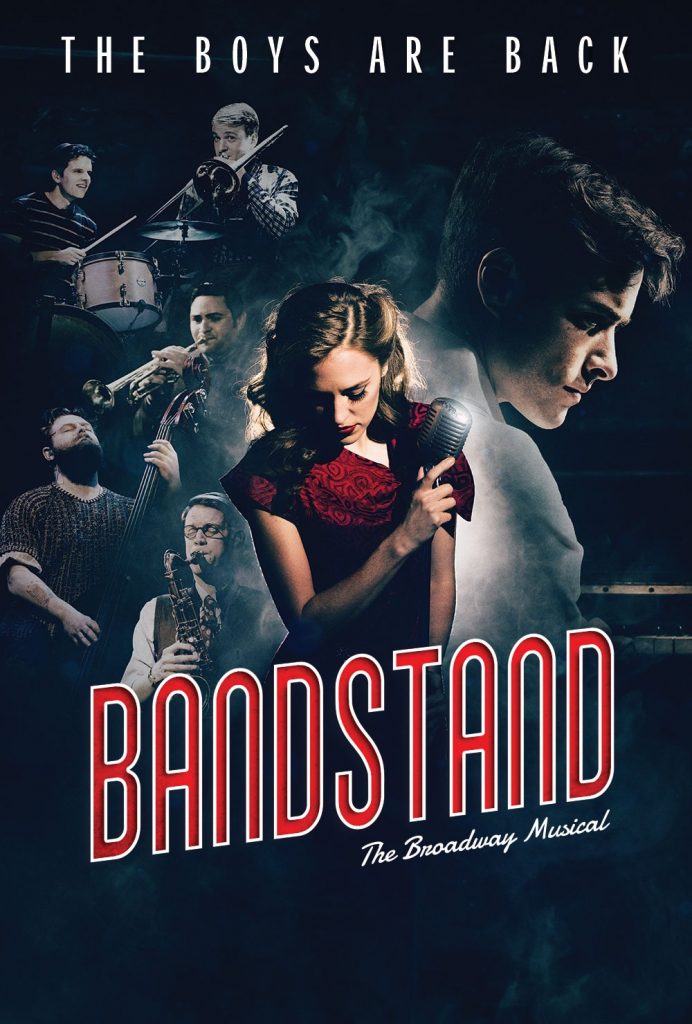