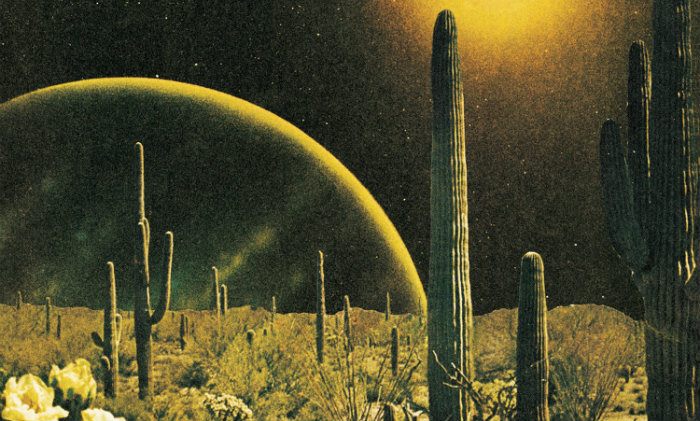 Fans of the NorAZ assembly known as decker. can rejoice knowing that new music lurks on that autumnal horizon. Yep, songwriter Brandon Decker is gearing up for a September release, Born to Wake, and this new summer single is just a little offering in anticipation. The album was written in “a creative maelstrom over the course of just three weeks” so one might infer that it was either inner turmoil or an inner vision that brought on such a creative flurry. Knowing Decker, it was probably some of Column A and some of Column B. “Burnin Grass” feels like turmoil and revelation sure enough to me. Check out “Burnin Grass” and follow decker. on your preferred platform (or all of them) because, word has it, another new single might be coming out later this very same week. And, for all you PHX cats, decker. has a gig at Valley Bar THIS Friday with Mr. Mudd & Mr. Gold and Gabrielle Louise (more info here).

“I Don’t Believe in the Sun”

“I Don’t Believe in the Sun” brought together the songwriting talents of producer Grey Goon and musician Lauren Ruth Ward. The track has a wistful air as it attempts to balance our perceptions of the world with the actual world around us and the discord that can arise between those two seemingly overlapping spheres. Ward said the experience of working on this track led to a “creative awakening that left [her] feeling inspired and re-wired.” This is one of those songs you let wash over you and carry your mind away toward unexpected ruminations. Ward’s voice definitely facilitates that journey while the arrangement from Grey Goon creates the surrounding sonic landscape. I’m digging this pairing. Give “I Don’t Believe in the Sun” a listen below.

This 23-year-old songwriter from Sweden has a voice that feels weighted by burdens far beyond his years. Maybe that’s what makes the songwriting of Nicky William really stand out: each word comes wrapped in a sorrow of its own. “Girls with Common Names” is slow and somber but keeps an easygoing air. This single was released in prelude to a new live EP from Nicky William titled, Fear has been like armor, which features four re-envisioned acoustic songs, like this one. Williams is from the town of Nyköping, but this track was recorded in the bustling metropolis of Stockholm at Stureparken Studio.

Dan Lyons first made a musical name for himself as a drummer for Phobophobes and Misty Miller, but the British songwriter is ready to focus on just that now: his own songwriting. “Gargoyle” swims in swirling sounds of psychedelia-tinged indie rock. The track was co-written with Sean Lennon during a trip to NYC. If you enjoy your dip in the sea of sounds on “Gargoyle”, as I did, I suggest checking out the B-side to this single and giving “Ribbons” a listen over on Spotify. Dan Lyons definitely has a place in my early-indie loving heart reserved for pensive and slightly self-conscious songwriters. Give “Gargoyle” a listen below…

Okay, so please follow along as we try to understand trinity behind the music of Dyan. First, we have the film-scoring duo of Alexis Marsh (singer/guitarist/bassist) and Sam Jones (guitarist/synths) who fell in love and got married and then divorced. Now enter Dan Dorff Jr. (drums/synths) who started seeing Marsh romantically and, apparently, both parties musically. Rather than making things weird, the trio made music and the album, Looking For Knives, was born. Fuck yeah. That was back in 2016 and now Dyan is ready to unveil a new EP so they released the title track in prelude. Which brings us to “Absence”, a song both astral and introspective as it addresses the doubt that comes with leaving love as well as the power of accepting an end when faced with one. I can tell “Absence” from Dyan is going to be enjoying some repeat visits. From me. All summer.