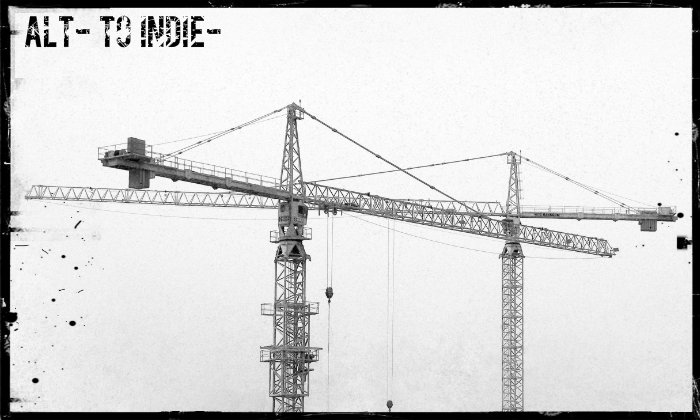 Avery Robitaille moved to Los Angeles at 18 to pursue a music career and it was there, at an open mic in Orange County, that she met the musicians that would help formulate Fever Joy. Despite that gritty barroom charge on the guitars that kick off the single, “Shots” is not about getting wasted but about calling the shots in your own life. Fever Joy walks that line of alt-rock and indie-pop where one might find other bands like Imagine Dragons or those hometown heroes, Fairy Bones. This track marks Fever Joy’s official debut so I’m definitely expecting more good things to come.

I don’t know what the Amsterdam sound is, or if there is one distinctive style the city is known for, musically speaking. But I do know that if Pip Blom is setting the tone for the town, I need to hear more of what Amsterdam has going on. “Pussycat” marks the first single from Pip Blom’s forthcoming EP, Paycheck, which will be out later this summer through Nice Swan Records. Pip Blom has provided tour support for The Breeders and Garbage and I can definitely see her work as a continuation of this lineage… with a little Courtney Barnett thrown in for the right touch of contemporary disaffection. Check out the song “Pussycat” then follow along on your preferred format to keep up on the new EP from Pip Blom.

“Your Love is a Wheel”

Alexander Wolfe’s slow-building single, “I Can’t Get to Sleep”, won us over last year and even made my own Best of 2017 list. Looks like Wolfe isn’t planning on being a YabYum office one-hit-wonder because his latest track, “Your Love is a Wheel”, is a dynamic journey of shifting sounds that emerged from a stream-of-consciousness songwriting session. The single is the title track from Wolfe’s new EP which dropped last month on Dharma Records. There’s something very future-tense about the music of Alexander Wolfe: dreamy without slipping into disembodied, convoluting of genre, emotionally compelling. Start with “Your Love is a Wheel” and then delve further into the musical offerings of Alexander Wolfe.

Dead Naked Hippies brings us some UK post-punk with enough chutzpah to make a “Rad Rock” list.  Their new single, “Guillotine”, moves from atmospheric to grungy under the direction of some brash guitars while the vocal stylings of Lucy Jowett feel reminiscent of Pat Benatar. Yes, powerful, versatile, and vulnerable Pat Benatar. Dead Naked Hippies goes a whole different direction from 80s power ballads, thankfully, but Jowett does a lot to elevate the sea of sound that supports her. Add “Guillotine” to your summer playlist for when the heat has you feeling particularly angsty and make sure to follow Dead Naked Hippies online to stay up-to-date on new music.

If summertime has you feeling nostalgic for classic rock radio, I suggest you dive into “High Time” by Milo Surf. Joshua Capati, the songwriter behind the Milo Surf moniker, first came to our attention during his previous stint with Phantom Party, another local favorite (RIP). Milo Surf offers up indie rock in a rugged throwback style that, much like the dad ‘stache, is making a return. And we’re excited to see Josh continue to release through his Milo outlet post-phtmprty, “High Time” arrives just in time to make those summer poolside playlists. Check out Milo Surf below.