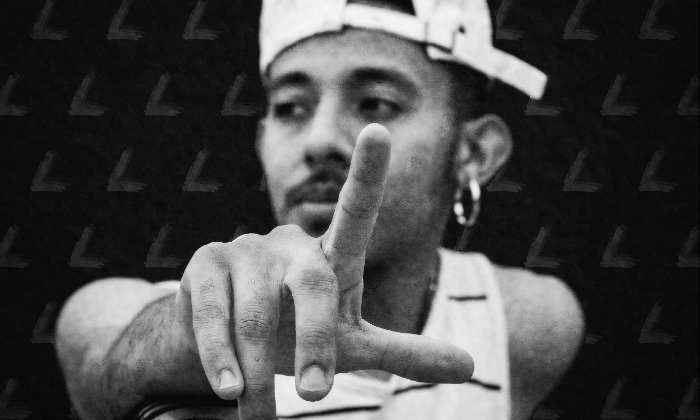 Jurassic 5 founder Zaakir Muhammad, aka Soup, had a pretty rough go of it post-J5’s initial run and felt a full-on rebrand was in order. And now Fullee Love is releasing his first full length album. “In order to make this move to a new sound, I needed an unused vehicle, and Fullee Love is a name I’ve known for years,” he says on his Bandcamp page. Now, while not exactly labeled hip hop on any of its platforms, “Deney Terrio” is a straight up funk number with that signature Soup style flowing over the entire song. Named for the host of the TV show Dance Fever from ’79 to ’85, “Deney Terrio” will have you nodding your head and shaking your groove thing. At least it does for me. Make sure to check out the album, Free, White & 21 (a saying popularized by Hollywood in the 1940s), when it drops on the 27th, but in the meantime, get down to “Deney Terrio” by Fullee Love below.

Julius King has been steadily gaining some traction in the Phoenix HipHop Scene since the release of his debut album, Planet Güü, just last year. This year, he’ll be repping AZ at the A3C Festival in Atlanta. King’s lyrical prowess as a songwriter puts him a head above the rest. Good thing too because Julius King is all about that sass and swagger on “LLLLLL”.  If he didn’t have the skills to back it up, things would get awkward fast. Check out the Guu style of Julius King on “LLLLLL” below and make sure you like/follow to keep up with this Cali transport who calls the PHX home.

Woah. Get ready for a lyrical flow that will leave you spinning. Hendrix Harris (from Paris) spits out words at lightning speed on this single, despite its title. Producer G E N I U S keeps it low-key on the instrumental end to keep the focus on the rhyme style for this number. If you dig “No Rush”,  make sure you check out “New Chains” – the latest single from the Parisian pair. Hendrix Harris and G E N I U S are definitely a promising musical partnership from across the pond.

Theghost&i is a Colorado duo of supergroup stature that combines the talents of Inaiah Lujan (The Haunted Windchimes and in/PLANES) and Zetfree (BullHead*ded and Made Up Minds). The result of this cross-genre collaboration can be heard on “Paper Trail” which places pensive lyrics against a chill indie backdrop. Achieve a hypnotic state with Theghost&I and their debut track, “Paper Trail”.

HZRD., from Dnepr, Ukraine caught me by surprise with his sweet, monotone flow and laid back style. And although his vocals may stay that way throughout, the production on this song by CXDY is anything but: a hard trap style that gets straight to the point. Much like the name of this song, I have no idea what in fact HZRD. is rapping about, but anything that uses a Street Fighter II sample gets big points from me. Check out “IDK.” from HZRD. below.