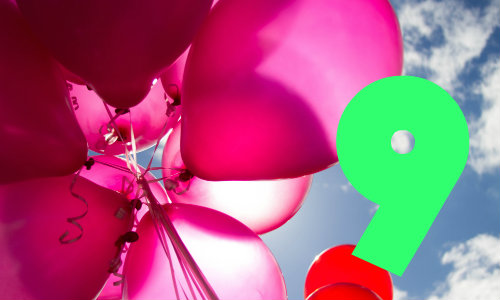 A message from the Editors

Today we’re celebrating YabYum’s 9th Birthday and we’ve been taking some time to look back over the past years as we decide how we’re going to move forward with the publication in the future.

So… big changes coming. Don’t panic just yet. We still plan on keeping the content you’ve come to expect from YabYum in terms of music and arts coverage. We’re simply expanding to bring our readers even more of what local creatives have to offer.

The YabYum Hour on Radio Phoenix will continue at its regularly appointed time (7-8PM) every Wednesday, but the fun doesn’t stop there. This year we’ll be introducing several new podcasts.

Prizefighting Kangaroo, a film podcast brought to you in partnership with Amy Young and Ashley Naftule, kicked us off this past year on YabYum, but we have several new shoes we’re excited to share, including:

Band Basics – a conversational guide to some of the music industry’s looming questions, made with musicians and for musicians. Kicks off this month with Brandon Kellum from American Standards. Ariel Monet and Kalen Lander from Snailmate also popped by to help us with our July show before they went out on tour.

The Mortician’s Daughter – a short, monthly discussion on death to help you face your existential crisis head on.

Confessions from the Nocturne Nebula – an ensemble cast and original score bring to life this torrid tale coming to us from humanity’s ill-fated future. Expect to hear this confession later this year.

Yes, for years we’ve offered reviews, interviews, and articles but we’re looking to go beyond by expanding our original content. We’re now accepting submissions from poets and writers for several new series we’ll be launching in the year to come.

POETRY – the name says it all. Please submit work as .pdf or Google Doc or in line with email.

Got your own spin on local life? We’re looking for writers to give us their take on local culture, music, art, and more! YabYum is proud to work with a great team of writers but we’re always looking for new voices to add to our “community board” of Arizona coolhunters.

If you like to dig for the gems of locavore living or you always want to be the first to know about that stellar new band, consider becoming a bastion of the local arts by signing onto our golden-hearted team of miscreant volunteers that are the lifeblood of YabYum.

And, finally, don’t be shy. If it’s cool, we want to know about it whether we’re talking food trucks or rooftop art exhibits or backyard house shows. While we’re very much limited by the confines of both time and (publication) space, we’re always interested in finding out what’s happening around us and you never quite know what might spark interest amongst our weird creative team. Point is, don’t hesitate to reach out to us using our contact form or email.