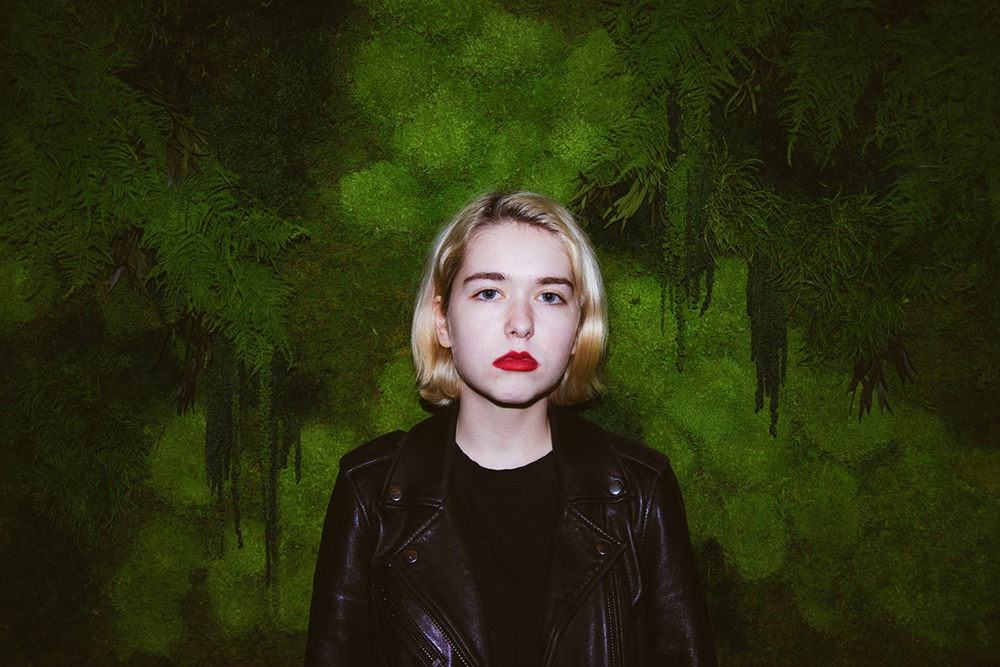 Lindsey Jordan plays the guitar like she’s sewing a tapestry. It’s patient, intricate work: delicate lines threaded together into a complex image. And over those knots of melody Jordan’s voice rings out: plaintive yet assured. The sound of your bestie spilling her secrets in your ear.

Jordan has been writing and performing songs as Snail Mail since 2015. She’s grown leaps and bounds as an artist over that brief span of time. 2018’s Lush, her full length debut, builds on the songwriting prowess she already displayed on 2016’s Habit EP. It’s a stellar showcase for her preternatural guitar skills while also showing off how much she’s improved as a singer. On songs like “Pristine” and “Full Control,” Jordan comes off as Liz Phair’s kid sister: vulnerable, emotionally bold, and unwilling to give any fucks if you don’t get where she’s coming from.

I had the chance to talk to Jordan recently about growing up with the guitar, being a bookworm, and what people get wrong about her songs.

Ashley Naftule: You’ve mentioned in past interviews that you like to read before shows. Are you reading anything good right now?

Lindsey Jordan: Yeah, actually. I’ve been reading the last couple chapters of this book called Confessions of a Mask by Yukio Mishima. I have a bunch of books in my bag. I also just finished this book called The Vanity Fair Diaries by Tina Brown where she’s talking about like infiltrating Vanity Fair and redesigning it and bringing it back. In like the seventies and eighties. I love that… New York glamour, a fashion magazine that isn’t quite how it used to be. Her take on the whole thing is really cool and I love how she talks about coming into the job and she’s like, “yeah, they gave me the keys to my new office and the card for a limo company,” all this stuff. And I was talking to some magazine editors about it recently and they’re like “yeah, that’s how it used to be… but it’s nowhere near that anymore.”

I haven’t read Confessions, but I did read his The Sailor Who Fell from Grace with the Sea awhile ago and it was so good.

Oh yeah, I’ve heard good things about that one.

I heard that you had written thirty songs for Lush but only ten made the cut for the record. What happened to those other 20 songs? Are you planning on using them in the future?

We didn’t record those songs. They just never got finished. There’s a bunch of opens all over the place, all over my computer. But we didn’t actually record any of them. I don’t think we’ll ever do a B-sides thing. It’s not my personal style. I feel like if it doesn’t end up on the record, it just isn’t good enough. I don’t want to let my rough drafts out into the world.

Did you grow up in a musical family? You’ve been playing the guitar since you were five. What drew you into embracing music at such a young age?

I don’t know – I’m the only person in my family who’s into it. My sister – I remember when she was younger, she tried out every single instrument and never stuck with anything. For starting really young – I just liked ballet and soccer, and I wanted to do something on my own and not have to be competitive about it. I just wanted a job that was my own that wouldn’t be, like, team-oriented; a real standalone thing. And so I was always really attracted to music and I was just adamant about getting good at it.

There’s a marked difference in your vocals between the Habit EP and Lush. Your voice is much more prominent in the mix now. Is that a reflection of the higher production values on the new record, or did you feel more confidence in your abilities as a singer that you were comfortable with foregrounding your voice in that way?

It’s a bit of both. There definitely was a higher production value, but I think it’s more… Lush is very lyric oriented and I really liked everything that was written. I got to make a lot more decisions, and having a lot more resources and the ability to make decisions so things would be exactly the way I wanted them to be – I wanted it to feel personal and close.

You’ve talked about how often people misinterpret your lyrics- that they often read way more into them than what you initially intended. I was wondering: what’s your favorite misinterpretation?

There’s a LOT of misinterpretation. I don’t really read fan message boards about the songs, but journalists often think “Pristine” is about me. The main idea of “Pristine” is it’s sarcastic and over dramatic and self-aware. An a lot of people think it is genuinely sincere, that it’s a real reflection on “Oh man, I love this person so intensely that I’ll never love again.” It’s meant to be sarcastic and a play on that.

A lot of the songs have to do with friendships and relationships that aren’t romantic, but most people are interpreting them as being about crushes and relationships gone bad. Which is an easy take on the songs. But they aren’t all about one thing or one person; they’re songs that go in a lot of different directions.

Snail Mail is playing on Tuesday, July 3, at Pub Rock in Scottsdale. Snag your tickets via Ticketfly. For more Snail Mail, view her website.