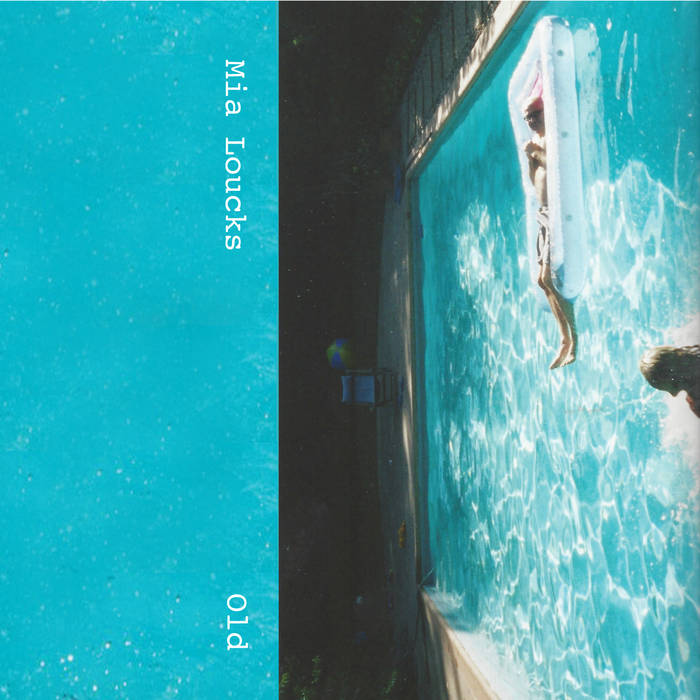 As I fasten my headphones and search for the 1970 seminal Right On album from The Supremes, I realize I’ve sunk into a musical wasteland the last two years running.

I put on this record one more countless time and my lackadaisical brain sinks into the harmonized vocals of Mary Wilson, Cindy Birdsong, and then-Diana Ross replacement, Jean Terrell.

The expertly produced Frank Wilson lead single “Up The Ladder To The Roof” came as a breath of fresh air for the group but also tentative uncertainty; Diana Ross had just left her lead spot in The Supremes to pursue her legendary solo-career, while Motown Records were trying to figure out how the hell to brand the group sans-Ross.

The chord progressions continue to excite me and I love absorbing the group’s staunch optimism to becoming a group of individuals; but also, as the omnipresent uncertainty which follows the later portion of their career begins to haunt them.

But, just like the ominous clouds of monotony and burn-out can haunt a relatively successful run, I myself became haunted with the prospect of being trapped in an “oldies bubble.” Although I’ve written about and attempt to expose myself to a slew of genres, I always go back to my “tried-and-true” albums of artists I got into four years ago, much to the chagrin of my best friend and boyfriend.

Somewhere within the bowels of my being emerged the inspiration of a 40-year old recently-divorced mom named Jackie trying to make a change for herself for the upteenth time. This time around, LA-based indie musician Mia Loucks would play my hedonistically dangerous gal-pal, Tamara, while her new album Old would be the red wine we drink while the kids are at school. I needed to expand my tastes, and like booze, Old is nothing short of pleasant mixed emotions and decisive indecisiveness.

Upon first glance, every selection off of Mia Loucks’ second release from Related Records never exceeds the time of two minutes and forty seconds. While some might be used to this in other genres, I could only wonder what these tracks held for me in such a meager time. It turns out, you don’t need four minutes to make a resonating sound.

The album begins with “Human” and sets the tone with its creepy melody that almost resembles an unsettling lullaby. Loucks’ vocals are serene in delivery, but contain a strange undercurrent of discontent that make the pairing of prose and offbeat production even more satiable. The lyrics in the first track tell the story of what it means to try to be human and the associated experience, but the slow tempo and the fuzzy layers of her vocal harmonies force you to pay attention to the complete emotional package of what she offers.

“Discreet or Indiscreet” begins with a distant acoustic guitar, and the girl-group harmonization of Mia’s vocals take an emotional turn for the more playful. Although it may not be her direct influence, the questioning of male privilege from the female perspective in innocent phrases reminded me of Lesley Gore’s famously forward-thinking pop ballad later adopted by the early feminist movement, “You Don’t Own Me.” Like Gore, Loucks’ voice contains a deceptive delivery with an obvious bite once you connect with the lyrics.

“Cody” begins with the lyrics, “she’s got it all inside her head/ Cody, won’t you look at me like them?” Once again, Loucks combined her emotions into a twisted “adult innocence” where the subject is questioned of his loyalty and actions through simple phrasing. “Cody” invites mature ultimatums of what we expect out of relationships, but phrases it like the first time we had our heart broken and simply asked, “Why? Why did they have to do this?”

The lyrics remind the subject that this is, “the last time/you’ll hear me say/ what’s a good friend/what’s a baby,” and “what’s a fun time/nothing lately.” These later lines give the impression of Cody possibly being an older lover and taking advantage of someone’s emotional naivety by forcing them to question these simple concepts we learn as we get older.

The beginning of “Queen” is punctuated by a wistful breath before Mia Loucks begins her lyrical descent. “Hey man, you only talked to me today. It’s too bad I’m not growing out my hair;” as if Loucks is mocking the hooting construction worker, our dad’s friend, and that creep on our daily commute. “Queen” voices the experience of women who feel objectified and pressured by men to be the “queen” society forces them to be.

In a more unsettling point of view, the line referenced above paints the portrait of a developing teenager trying to become a queen in her own personal way, but is constantly harassed by those around her to become more “lady-like” and “dainty,” a direct satisfaction to the sexualization of a young girl by older men: “I won’t try to be your queen, and I always want to be.”

“I’m Sorry” changes the vibes by introducing a more playful guitar riff under the regret of love from someone who went “too far” and felt disenfranchised because of it. “Candle” continues a slightly more upbeat trend for the second part of the album and an abstract approach of waiting for company with a candle in the window.

Although the lyrics can get a little murky under their layered harmonies, “Candle” aurally continues the tradition of “I’m Sorry,” but stops at a halt when “Love No One” brings melancholy back into view. “These bad boys always make me sane,” is a troubling line that preaches the opposite of the proof that “bad boys” can damage our life, but is a common mantra for those addicted to that rush they feel when they are with said-individuals.

“Everytime,” the shortest track on the album clocking in at :59 seconds, uses Mia Loucks’ harmonies with more “highs” scattered throughout and provided a calming presence compared to the unsettling beginnings of the album. The vocalizations produced in her upper register stripped away the intended innocence found in earlier tracks, but beefs up her mid-range vocalizations to give it a more rounded sound.

“To Be Free” carries a heavy piano intro that floats more in the area of early ’00s adult contemporary, but still retains the indie sensibilities established earlier. This track would no-doubt be a strong lead single for this album with its slightly more melodic tendencies. “Why Don’t You” carried the original melancholy found in the album, with a separation of the avant-garde stylings from “easy listening” tracks like “To Be Free” and “Everytime.”

The title track closes out with a final ode to the album’s message of youth and age, laden in simple guitar chords with a heavy focus on expanding harmonies.

Mia Loucks’ Old was originally a self-induced dare in order to drive myself away from my musical comfort zone, but later morphed into discomforting lyrical introspection regarding my own repressed memories of youth I had long forgotten. Loucks manages to do what Pink Floyd couldn’t and implant oodles of regret, memory, and brevity in less than two minutes each track.

While most artists have something to prove within their work or attempt to enchant the listener with catchy hooks and pseudo-intellectual gimmicks, Mia Loucks’ goal is to make you as uncomfortable as possible in as little time needed to transfer the anxiety of youth and aging.

Old was the push out of the nest I needed to explore soundscapes less friendly to mainstream ears and Mia Loucks certainly succeeded in being the gal-pal I needed to get me musically “drunk” off of her new album.

For more info on Mia Loucks, check out her Discogs page.