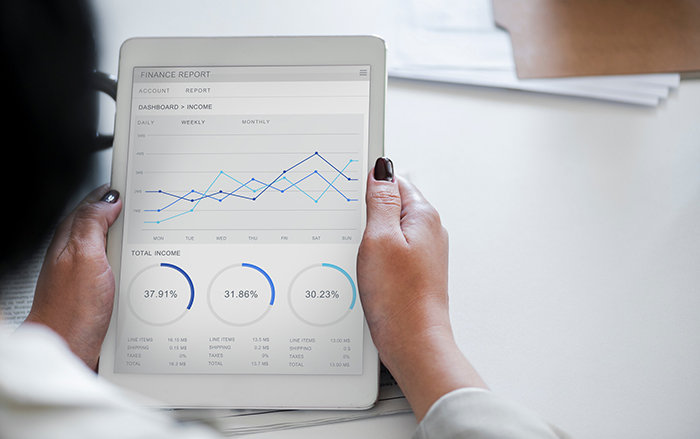 Well hello there. It’s been a while since the last installment of Lesson Learned but that’s only because I’ve been out there learning lessons.

Today we’re going to dive into measuring growth as an artist. Growth is subjective and different for everyone, so what we’re really going to focus on is what you shouldn’t be focusing on.

If this series is new to you, stop browsing your Netflix queue and go back to binge topics such as: Starting A Band, Recording, Promoting, DIY Done Right, Show Offers & Touring.

So you just landed an opening slot for the hottest artist in the scene at a venue that locals rarely play. You’ve spammed all your socials, hustled tickets and now it’s the big day. You play the show and soon after find that for some reason that huge opportunity didn’t translate into any real traction. Maybe you sold a couple shirts and got a few “likes” but nothing significantly more than playing your favorite DIY spot with a buddies’ band.

The truth is, playing large venues as the doors open doesn’t always guarantee the big crowd that the national act will be playing for later in the night. Sometimes you’re lucky when your friends make it on time, let alone people who are really just buying tickets to see the headliner and may have no ties to what’s going on in the local scene.

This isn’t to say that you can’t seize the opportunity, just remember that you’re going in it as the underdog and you have to fight to win the attention of an audience that may be accustomed to a more large scale production. When you’re trying to build a following, playing at the biggest venue or for the most popular band/promoter isn’t as important as playing the show that your fans want to see you play at. Having 30 people completely engaged in a sweaty living room can sometimes pay off more than playing a big empty venue or even more than having several hundred folks that are just waiting for the next band.

No press is bad press, right? Debatable, but there’s probably still some truth to the saying. What has changed though is that not all press is good press. In those romanticized years of a decade or more prior, getting on the cover of a big publication or website could really be your “big break”. Maybe there was less saturation or maybe we just have shorter attention spans but in today’s world most publications don’t hold that same power as influencers in the music community for people can now “try before they buy”.

Think of it this way, when’s the last time that you went out of your way to read a long form interview or review on an artist that you’re not familiar with? Chances are that if you had that amount of interest, you’d just quickly pop over to YouTube or Spotify and listen for yourself.

In the age of social media, numbers are king. We’re constantly refreshing our likes, followers and play counts to somehow correlate them to our success. When we don’t see that spike, it’s easy to think that maybe people just don’t like what you’re doing. This spirals you almost immediately into the mode of doubling down… writing more and recording more. All this is obviously an expensive and time consuming process.

What we need to consider though is that the playing field is not as even as it appears on the surface. Algorithms dictate who sees what, who hears your song and when. That doesn’t mean you can’t be smart about promoting your art and use the tools out there to your advantage, but it does mean that by focusing on the numbers we shouldn’t lose site of the bigger picture. A million spotify plays has little to no correlation to who is actually coming to your shows and supporting you by buying your merch.

It’s no secret, just like bands are trying to adapt to the new musical landscape, so are labels. Physical album sales are no longer the lifeblood of the music industry which means now more then ever, record executives are looking at a multitude of other factors when scouting bands. By the time a larger label shows interest, chances are that you’ve already established yourself as an artist with a proven track record of touring and getting your name out there.

So when the label does come knocking, make sure you’re doing it for the right reasons. Does the label want to develop you as an artist or will you be on a roster that deals in quantity over quality? It’s great to receive the notoriety and validation for something that you’re doing but not as the risk of the long term future of the band.

At the end of the day, the most important thing to remember when measuring growth is that your growth should only be on a scale of where you started to where you are today. Comparing your art and progress to anyone else’s will only lead to stress and frustration. Think big picture but also set smaller goals along the way. Celebrate each success and enjoy the ride.

Brandon Kellum is the vocalist for the band American Standards; voted least likely to succeed 2011 – today. American Standards just released a music video for their new song “WEEP” and will be performing Saturday June 30 at The Green Room in Flagstaff with Silent Planet, Comrades, Dropout Kings, and Outsiders.