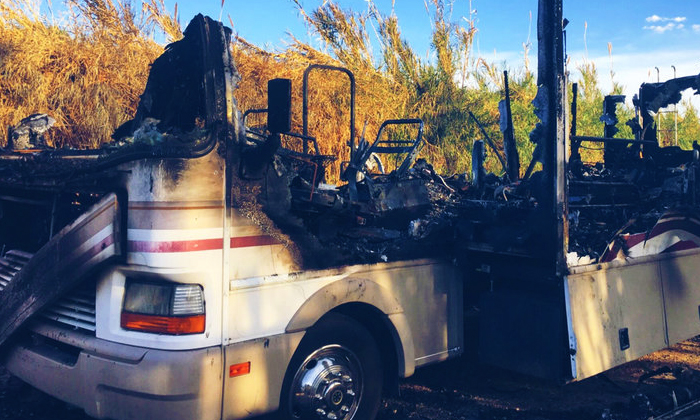 This Phoenix 4-piece combines crunchy guitars and call-it-out punk vocals on their new summer single, “Hostility”, which just came out this month. Clocking in at under 90-seconds, the track is more like a bright burst of energy rather than an abrasive show of hostility, musically speaking. However, the undercurrent of lyrics convey a different message much more in line with the song’s title. You can head over to Spotify to add “Hostility” to your punkrawk summer playlist. Or, better yet, head over to Bandcamp and toss Poster Parents a buck to score the digi-download and show some local support.

These London punks bring some riotous energy on their latest single, “Found Down”. Slowcoaches’ bassist and vocalist, Heather Perkins, wrote the song to address how the artists’ struggle is glamorized by the industry when, really, the struggle sucks and sucks on a multitude of levels rarely delved by music rags. Perkns explais, “a few of my friends had decided to stop playing in bands and stop doing anything creative because they felt pressured by their family/work/partners to ‘grow up’ and start being serious about making money and sorting their lives out.” And “Found Down” was born of this fight to keep the creative fire alive. All of us here can use a bit of that. Slowcoaches just signed with Sonic Unyon Records and plan to release an EP on limited edition vinyl. Get the jump on that pre-order over on Bandcamp before Found Down is sold out.

This slouchy summer single oozes cool from its dispassionate pores. It’s about love, like, real love, and it was written by a band that formed in the aftermath of a bar brawl… in Brooklyn. Buffalo Sex Change has that ultra-hip New York scenester vibe mixed in with some lofi surf sounds, but they pack in enough chutzpah to have us thinking they really might be able to take us in a fight and that it’s not all just pricey drinks and PR styling. “Teeth” comes to us from the band’s latest LP, Searching Hands, which came out on Admirable Traits Records. If you dig the single, make sure to delve the album.

These alt-rockers have a polished sound through which they channel some raw energy on their second EP (and latest release), Fiction Will See Us Through. “Bridges” opens the six-song sophomore effort with some emotional charged reflections on break-up bridge-burning. As far as I’m concerned, this Valley act doesn’t get near the attention they deserve because they have some serious rock chops. You can hear what I’m saying on Fiction Will See Us Through (available through Spotify). And/or you can catch Broken Girls from Affluent Backgrounds live at The Rebel Lounge this week along with The Breaking Pattern, Sleepwar, and Moon To Sun. You can find out more about that event on Facebook here.

These Brooklyn-based math punks just put out a new EP through Good Eye Records. The track “Game Piece” comes to us from that release with some high-energy post-punk warehouse madness. I can only bet that these cats bring down the house back in Brooklyn. They’re like Fugazi for a whole new generation. You can (and should) purchase Language’s new EP, Plymouth, on cassette right now (available through Bandcamp)… Or you can check out “Game Piece” below first AND THEN head over to Bandcamp to score the cassette. And, finally, yes, I made up the term “math punks” because the dudes of Language make some very math-y punk rock. It works and you know it.