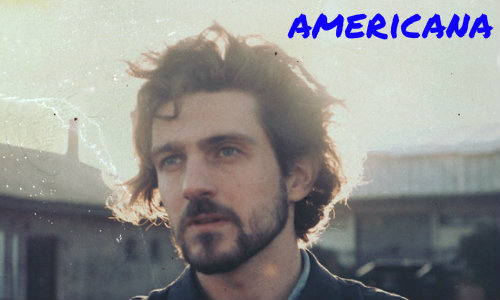 Brian DellaValle, the songwriter behind Of The Valley, divides his time between Copenhagen and Toronto, but hopefully he’ll put a stateside tour on his to-do list because I’m so obsessed right now. “Italy” conveys a certain stolen intimacy; like a secretly witnessed exchange of words between two lovers. The lyrics and vocals capture this moment of beauty while the supporting instrumentation leaves the listener with the sense of the passing Italian countryside viewed from a train car window. Gentle hills, subtle yet vibrant beauty, a feeling of timelessness all wrapped up in an atmospheric indie folk sound. Check out “Italy” from Of The Valley.

Maybe you’re already familiar with the crooner stylings of Coyle Girelli from his work with The Chevin, but (embarrassingly) “Where’s My Girl?” was my introduction to the Leeds-born, Brooklyn-based songwriter. This new single is the first to emerge from Girelli’s debut solo album which was inspired by the artist’s sessions with legendary singer-songwriter Mac Davis. “Where’s My Girl?” finds Girelli reaching for that Roy Orbison level of longing while the accompanying Americana sound hits dark and brooding like a scene from Lost Highway. I, for one, will be waiting for Love Kills from Coyle Girelli; the new album due out sometime this summer.

Party of the Sun

Fair warning: If the shifting seasons has you feeling a bit melancholy, or heartsick for something that once was,  maybe you should just move down this list. Party of the Sun’s “Ball of Time” is tinged with such tender nostalgia that some might find a bit heart-wrenching.  Maybe the seasonal shift is a bit different in New Hampshire (where Party of the Sun resides) from the stove top of the Sonoran. Right now, they’re probably shaking off the winter and opening the windows to a gentle sunlight. But here in Phoenix, we’re all dealing with our regular bout of seasonal depression as we batten down the hatches and prepare for the long hot haul to Autumn.

In that other light, the gentle light of New Hampshire, I can see “Ball of Time” being a welcome moment of reflection; comforting even. From the slow simmer here, however, it’s the somberness nestled into that comfort that resonates with me right now.

I err to the alternative-side of the country spectrum, but Chuck Westmoreland kicks me closer to the center with his dusty ballads. Now, as a title, “Denim Tears” might set off a warning signal that this song is more affectation than authenticity, but do not let your false pretenses steer you wrong.  Like Charley Crockett’s sequin suits, there’s only a slight affectation but it’s only there to add some shine to the rustic rock while the expression remains earnest. I, for one, am ready to dive into Long Winter Rodeo; the sophmore album from Chuck Westmoreland which dropped on June 1.

Charley Crockett got his start as a street performer in his hometown of New Orleans and now he’s out on a tour that crisscrosses the U.S. before pond-hopping for a whirlwind of shows throughout Europe. His latest single, “Ain’t Gotta Worry Child”, mixes up Southern roots rock with some of Nola’s smokey blues style for an easygoing sound. Simmer down with Charley Crockett’s new single and then catch him tonight, June 4, at The Rebel Lounge before he head’s off to L.A. for a gig at The Mint.