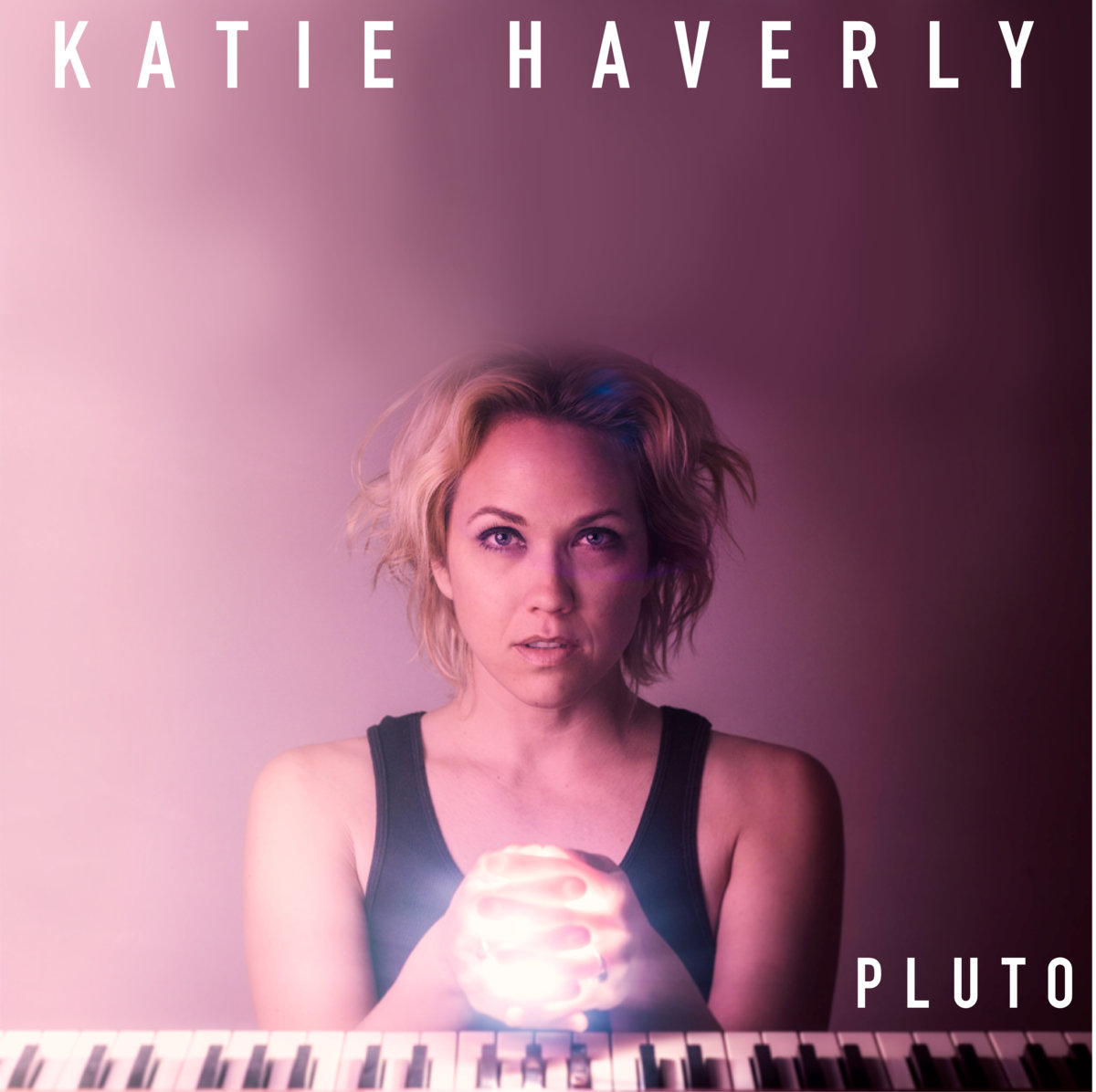 “I sing something into the air — that’s where it starts for me.”

Katie Haverly is telling the oldest story in the book: In the beginning was the Word. Nothing, split open into the fullness of life by a vowel, a note, a vibration humming out of a creator’s mouth.

It’s how she starts her songwriting, she says; making melodic clay in the air and sculpting it into a song.

The Tucson-based singer-songwriter has been releasing albums since 1999’s Face Down (which she recorded in Tucson when she was 21). Back in February of this year she dropped her fifth album, Pluto. And for all you listmakers out there who slept on this record, you better get ready to pencil Pluto into your year’s best roundups because it’s a powerful piece of work.

Produced by Gabriel Sullivan (who also plays a multitude of instruments on the album) and supported by sturdy players like Winston Watson (drums), Ben Nisbet (electric guitar/violin), Thoger Lund (electric & upright bass), and Connor Gallaher (electric guitar/pedal steel guitar), Haverly brings the twelve songs of Pluto to life with her vocals, acoustic guitar, and piano playing. Most of the songs on Pluto were tracked live with no overdubs. That immediacy can be heard throughout the record: you can tell that these instruments are playing off of each other in real time.

One thing that makes Pluto stand out is its expansive yet sparse sound. At times it recalls the haunting emptiness of Cat Power’s Moon Pix — the way Haverly’s voice rises above her backing band and the sense of space between each instrument recalls the vast gulf that seemed to separate Chan Marshall from her Dirty Three players. They may sound like they’re all playing in the same room, but it’s a BIG room.

That spaciousness is reflected in song titles like “Ruins” and “Pluto,” and even in the name of the studio it was recorded in: Dust & Stone Recording Studio. These songs sound cavernous, like they were played in a cave or within the confines of an abandoned ballroom. And those themes of space, distance, and getting lost can be found in her lyrics; whether she’s singing about people getting trapped in labyrinthes and swimming in sherry in “Mess” or getting baptised underwater in “Titanic,” her songs are peopled by narrators who seem to be unmoored and cast adrift, caught somewhere between the wreckage of ships at the bottom of the sea to planets on the edge of our solar system.

“I like music that makes me see as well as hear, so I try to do that with my own work,” Haverly says. As for the austere and open sound of Pluto, she credits that to her growth as a musician.

“When you get older, you just let go more and feel more comfortable with yourself,” she says. “You don’t feel like you have to fill everything up all the time or have to say a million things at once.”

Haverly’s Bandcamp profile describes her as a “Jazzy Mystic.” In most cases, that’s a damning appellation — the sort of tag you’d give to the “edgy” CD on the Starbucks cash wrap (if they still sold CDs, that is), the one that looks like it’s probably one too many incense sticks over the line for a yoga mom to buy. But it’s a fitting description for the vibe of the record: some of the songs have a darkly mystical feel to them, and the instruments often pop in and out of the mix like jazz players waiting for their time to tag in.

There’s also a hint of country to her songs: a faint trace of twang in those sinewy guitars, the loneliness of nights spent drinking too many cold beers under blue moons in her voice. Or in the knowing way she sings “My cowboy can’t find his rope/but he ties me up in knots,” a bit of wordplay that would make Kacey Musgraves kick rocks with envy.

Pluto has a few misfires: “Lucid” starts out strong with portentous guitars and lyrical nods to Bjork, but ends up getting overstuffed with over-dramatic vocals on the chorus and weird squelchy electronic noises that sound like a calculator taking a shit. And while the nocturnal vibe Haverly cultivates on the record is compelling, the songs all start to bleed together after all. Taken one at a time, the songs on Pluto are dynamic. Listened to in one sitting, it’s hard to tell where some songs end and the others begin.

Overall, though, Pluto hangs together as a strong record. It showcases how Haverly has evolved as a storyteller and musician over the last few years. “It’s the natural evolution of working on a craft,” the singer says. “You keep working on it and it starts to shift and change and you find new things.”

Haverly says she’s inspired by singers like Laura Marling, artists who possess “true depth and sincerity in their work.” It’s a standard she meets on her work: Pluto is a record that runs as deep as a mine shaft and is as sincere as a miner whistling on their way home from work with a pocket full of gold nuggets.

You can preview/purchase Pluto from Katie Haverly through Bandcamp or follow Katie on social media for show dates and future releases: FB / TW / IN or head to Club Congress on 5/18 to catch her live.