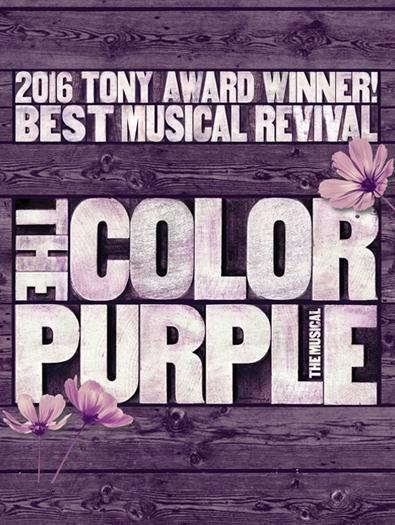 The lights dim, the cast ascends into the fractured light projected onto the stage, and the audience is almost immediately taken to church — encouraged to make ‘a joyful noise’. And, to some extent, the audience remains enveloped in this ‘holy’ reverence for the duration of the show.

From the very start, The Color Purple unapologetically acknowledges, perhaps even speaks directly to, the trials and tribulations of human existence. It does so most profoundly by exploring the not-so-distant struggles of young black women in the American South at the start of the 20th century. The battles they fought, the relationships and bonds they built amongst one another, and the strength that they showed in facing and combating almost unimaginable oppression.

To set the record straight for those who do not already know, this is not a ‘depressing’ show. It is not unreasonably heavy. It’s not overly sad. It is not even a show that requires emotional preparation. Some shows are so heavy that audience members try to psychologically prepare ahead of time.

Despite what you might think or have heard, that is not necessary here. Purple recognizes that life is full of varying degrees of hardship and happiness. Set to a score of primarily joyous gospel music, it is ultimately a celebration of the human spirit.

John Doyle’s set is minimalistic. A sculpture of rugged wood and suspended wooden chairs, some of which are pulled off of the walls to serve a utilitarian purpose throughout the show. The panels are beautiful, but clearly broken, as if lightning struck and left the remnants burned and broken. The floorboards are also important in the holistic experience. The entire company walks and dances upon them. They creak under foot. Sometimes in defiance. Sometimes in acceptance. In all cases the sounds of fatigue add to the story and music.

From start to finish, the rapidity of cadence led to the loss of words and phrases that were quite integral to the story. Unfortunately, there were pivotal moments that may have gotten lost in translation by audience members who were not already familiar with the work. But each time someone began to sing, all else was forgotten and every person facing the stage was absolutely all in.

The full enamoration of audience to actors began at “Hell No!”. Carrie Compere’s rendition of the girl power anthem injected an palpable level of electricity into the auditorium from floor to rafters. People cheered and yelped, laughed and cried, all at once. It was a moment that truly embodied what live theatre is all about. Communal catharsis. The celebration reconvenes in Act Two, during “Miss Celie’s Pants”, providing another opportunity for the audience to erupt with joy and project tremendous energy back at the performers.

Adrianna Hicks is captivating as Celie. By the end of “Somebody Gonna Love You” early on in the show, the audience was enchanted with her. And as she belted out arguably one of Broadway’s most powerful showstoppers, “I’m Here”, I was shocked that everyone stayed seated until the end. The standing ovation began immediately at the show’s end, something I don’t recall experiencing at Gammage. It is no surprise that this revival was such a tremendous success. This is one you do not want to miss!

The Color Purple played at ASU Gammage April 17th-22nd.  There’s still time to catch it in California through June 24th before it heads back east in July. Tickets can be purchased from the Broadway League’s website.