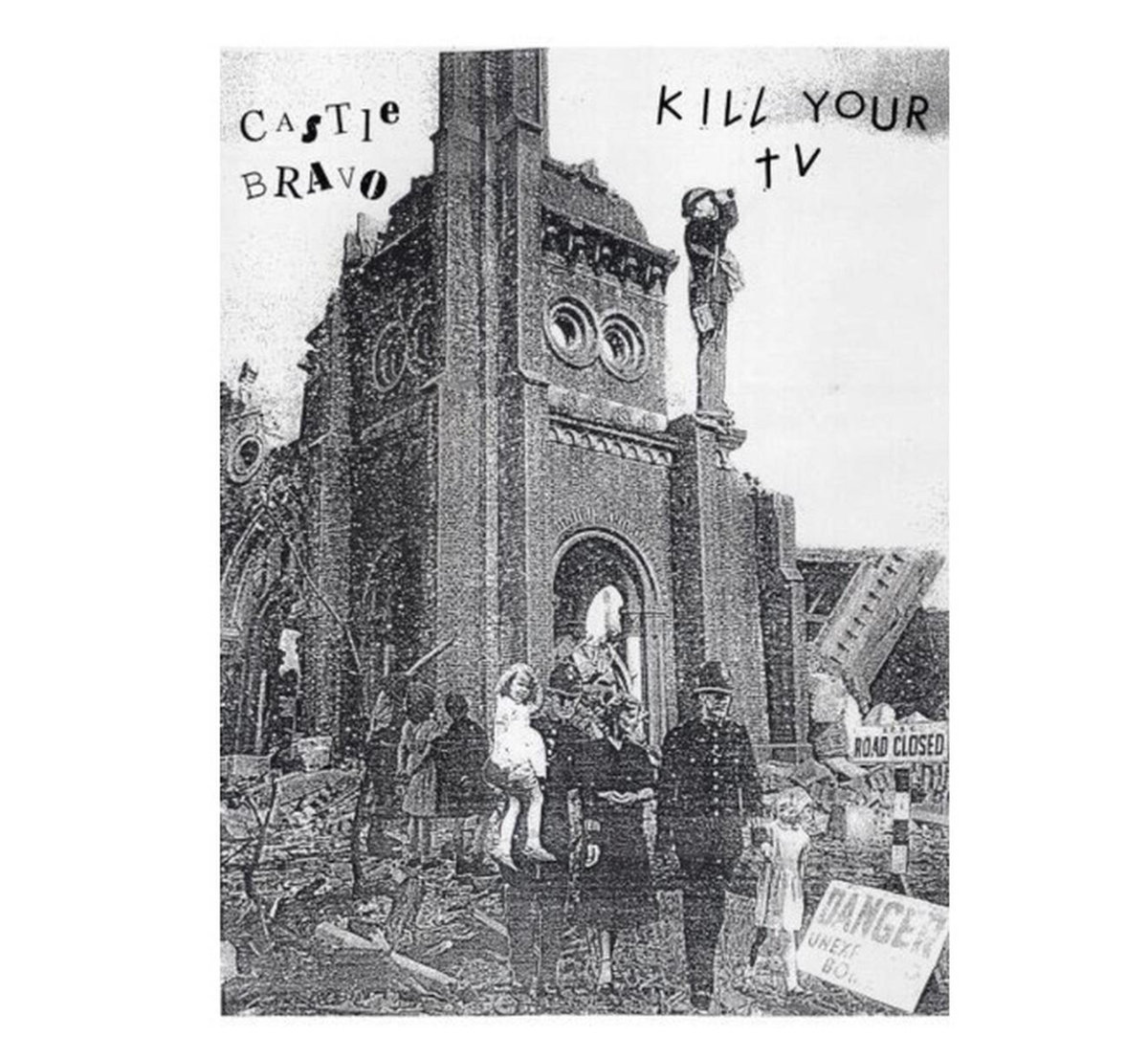 On March 31st, Kill Your TV took the stage along with Aerico and The Linecutters to release their electrifying new record, Castle Bravo.

For an Arizona punk band based out of Gilbert, the contemporarily formatted frustration highlights the genre’s local growth and unique suburban angst. While many of us who’ve lived in Gilbert attempt to escape our connections to the LDS-based gentrification of what was once a small farming town, Kill Your TV uses that anger and rejection to fuel the flames of their emotional symphony.

The foursome made up of Aaron Rizo, Jake Meland, Alex Moree, and Jackson Obregon skirt through the well-mastered 30 minute album with theatrics and panache. With vocals that slightly resemble the caustic style of Slipknot, songs like “Condemn” and “Til You’re Dead” give respect to melodic instrumentation while pairing itself in a constant battle with the vocals of protest. Punk wouldn’t be truly punk without a little bit of adversity; and the adversity of sounds featured on the album will no-doubt get fists pumping.

What makes further entries in the album, like “Convulsions”, so addicting is the supernatural battle of music as the vocals almost seem eager to challenge the chord progressions, while projecting their angst in extended screams. While this album is undeniably punk in genre and spirit, small analog synths and distortion break up the monotony found in other acts. Staying faithful to a genre can sometimes reveal certain production mainstays, but Kill Your TV successfully challenges the status quo by stacking the album like a delicious homemade cake with sprinkles on top.

Aside from my own favorite tracks, what truly makes Castle Bravo special is the aural clarity and production value found on each track. For recording and mixing Castle Bravo, Jirix Mie Paz should be given a Grammy because each entry is given the artistic respect local albums deserve, but don’t always receive. While some local bands suffer from poor mastering and muffled sound (be it on purpose or not), Castle Bravo by KYTV shows you can display intense grit while not compromising the quality of your album.

Castle Bravo should be added to anyone’s collection looking to see where the genre will take itself in the near-future.

Grab Kill Your TV’s Castle Bravo here &/or follow the band on Facebook/Instagram.