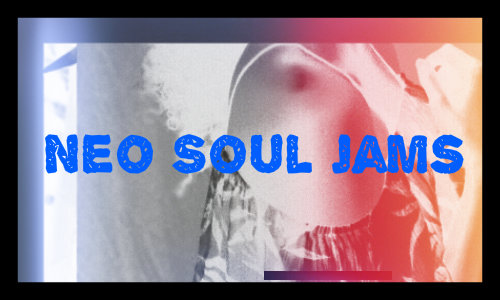 “Crazy Love” started out as a simple freestyle before Truvonne decided to flesh it out into a fully-formed single. That’s rad because last year it was Truvonne’s “Alright” that had us enthralled (and made our Best of 2017 list). “Crazy Love” has that tranced-out vibe that locked us down in Truvonne’s camp way back when. This fresh single captures that chill Truvonne musicality while the lyrics make the jealous type thing seem, well, kinda hot.

Toronto’s Preston Chin might be better known by his onstage moniker, Robotaki. Bringing together electronica elements with R&B on his new single, “Butterscotch”, Robotaki achieves something hip and totally fresh. And that’s really saying something for a dude whose fan group is called “Science Lab Group” and publicly lists his personal email address for all things Harry Potter-related. “Butterscotch” is sultry in a way I don’t first think of when I think “Potterhead”. Obviously, that’s my limitation. “Butterscotch” also features the talents of Jamie Fine and Falcxne and can be found on Robotaki’s latest EP, Science, which came out this week.

Man, this new song from Kaprii is really resonating with me right now, as I’m sure it will with anyone who’s been forced to deal with a personal relationship that starts to compromise your sense of self-worth, whether romantic or otherwise. Kaprii moves into a chillax space before unfurling her lyrical knots. Zone out to this song and think about who you need to sing (or scream) these lyrics to. Consider it your act of self-care for the day.

This new track from Raina Sokolov-Gonzalez starts off with a jazzy sound, but these elements will remain fixed as the groundwork upon which “Unarmed” is constructed. Personally, I can’t decide what I like more: the poetical approach to the lyrics or the vocals that deliver them. There is definitely an experimental element to this track that goes beyond the blurring of genres. Something akin to Alt-R&B or Americana-Jazz. Whatever it is, New York’s Raina Sokolov-Gonzalez creates a compelling soundscape on “Unarmed”.

Maia Quin joins Rainbow Dog’s lead singer, Agnes Azria, to address pleasure and its potential price on the new single from this L.A.-based Future Soul Jazz-Fusion band. “Pleasure” actually marks Rainbow Dog’s debut on the recorded music front and I’m super digging the modern lounge style for a chill evening at home with friends… or, I guess, just one friend. Just don’t have too much fun unless you’ve properly considered the “price for pleasure” or Rainbow Dog won’t be impressed. After all, they issued fair warning. As mentioned, this is just the first single from the band so follow Rainbow Dog to stay current on future releases.