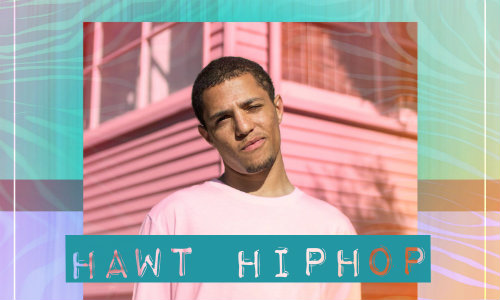 Casey Cope is gearing up to release his debut EP with this fresh jam, “Indigo Blues”. The Bay Area artist produced the new single, which also features the vocal stylings of Alexis Angulo and guitarwork by Ian Santillano. “Indigo Blues” kicks off with a laidback instrumental before Cope comes in with his earnest lyrical style. Angulo’s nimble vocals on the hook lassos listeners in the breaks from the narrative. Make sure you give it a spin.

Big Meats is a HipHop artist repping Sylvester [GA] and you can hear some of that slick Southern style in Beat Meats’ lyrical spin. The production of “23 Days” doesn’t quite have that studio shine, which only makes it better. This is the jam you want to throw on the boombox in the backyard for those summer hangs. Jamz Colada really came through on the production of “23 Days” by its the rhyme style that will have you hitting repeat. Get on the Big Meats’ fan train before the rest of the country catches on.

San Francisco-based HipHop artist Gark Mavigan teamed up with violinist/cellist Joni Fuller and the Detroit Children’s Choir for his new single, “Picture Day”. If the name of the single doesn’t dredge up memories of stiff clothes or curling irons, maybe the nostalgic feel that seeps into the song’s musicality will. Throwback beats (brought to you by producer, Dr. Dundiff) set an easygoing pace for the Gark Mavigan’s musings on life way back to brown bag lunches and the excitement of “Picture Day”. The single comes to us from Mavigan’s brand-spanking new EP, GOOD CHOICES, now available on digital platforms.

Saint Cassius was born in the Bronx but raised in the ATL and he brings some of the split perspective to the chill musings of “Analog Dreams”. Featuring the added talents of OTC and Omari Hardwickperson, “Analog Dreams” takes on a minimal and modern jazz feel on the instrumental end to lay the groundwork for the pensive lyrics; the song’s central feature. Saint Cassius dropped his debut, ANALOG, in March which features this stellar single. Sink into “Analog Dreams” and, if you dig the meditative style of Saint Cassius, make sure you delve the complete album.

Phoenix rapper HYPR BST seems to be in beast mode. Originally releasing “Do That” as a single a couple months ago, he’s now released it not only as a music video, but as part of his Do That EP which dropped in March. A laid-back swagger extends through “Do That”, with HYPR BST acting less braggadocios and more letting you know that’s just the way it is. And remember that beast mode reference? The man also released a 25-track beat tape Beats For The Love Vol​. ​1 two days after his EP. Do that shit HYPR BST, the rest of AZ and beyond will just have to catch up.