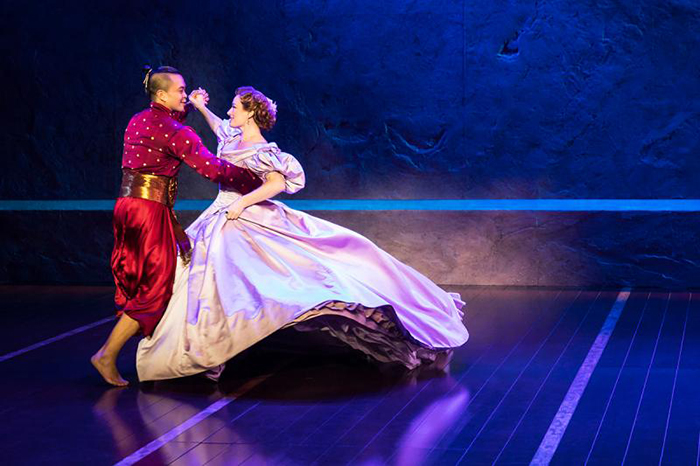 All photos copyright and courtesy of ASU Gammage

Before The King and I even begins, the beautifully draped stage greeted attendees with the promise of exotic extravagance. Thai Buddhist goddesses, almost holographic, peered out at the audience. It is an appropriate primer for the stunning opening scene: Anna (a well-traveled Welsh widow, and teacher of Western culture and language) docks in Siam during a breathtaking sunset alongside her inquisitive young son, Louis, with plans to teach the royal children. 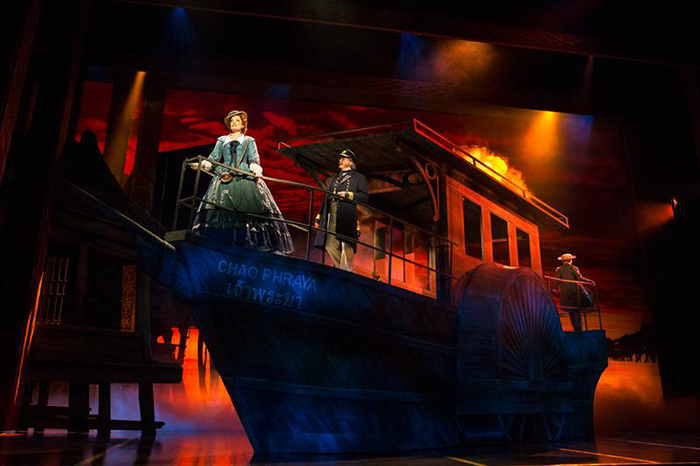 The show feels heavy, perhaps even somewhat irreverent, from the start. Western ‘civility’ coming to progress an Eastern society is a somewhat uncomfortable plot at this day in age. But a compelling anchor protagonist, incredible individual performances, and the adorable introduction of the children pulled the audience into acceptance early on.

Anna is a brave and powerful woman teaching others to be honest and fearless. The enormous palace wall confines, further justifying her demand for personal space outside its borders. There is something quite unnerving about the wall’s presence, and I too wanted to find my way outside. Then the king suggests he would like to build a wall around Siam, eliciting a chuckle from the audience. The classical becoming topical. The gilded halls within the palace, and the gardens where Tuptim’s forbidden love manifests, are rich and warm in stark contrast. 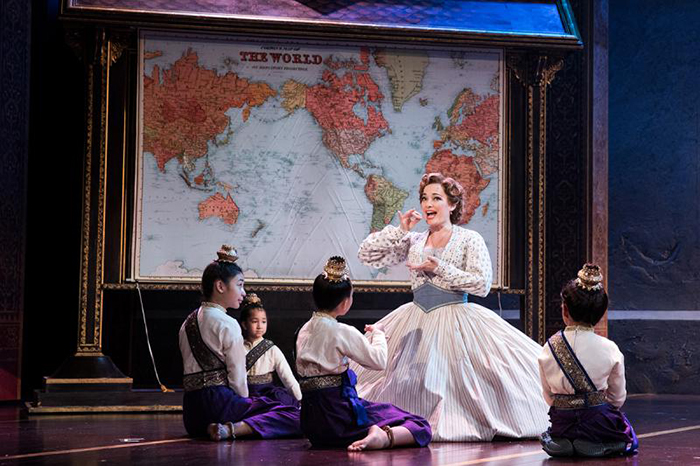 Elena Shadow is precise as Anna — prim and proper, with a strong unwavering voice. Jose Llana is charming as the King, a role he is continuing after starring in the Lincoln Center’s Tony-winning revival. Their chemistry is strongest in moments of humor, as they challenge each other, rather than in the more typically romantic scenes. Their affection reaches an explosive crescendo as they occupy the entirety of the massive stage in each other’s arms during “Shall We Dance”.

Q Lim elegantly glides around the stage as Tuptim, delicately reaching every high note, though her chemistry with Kavin Panmeechao (Lun Tha) is limited only to moments of embrace. Each of the children is charming and adorable. I found myself smiling through every moment they were onstage. And Joan Almedilla’s “Something Wonderful” is an absolute showstopper and one of the most breathtaking performances of the entire evening. 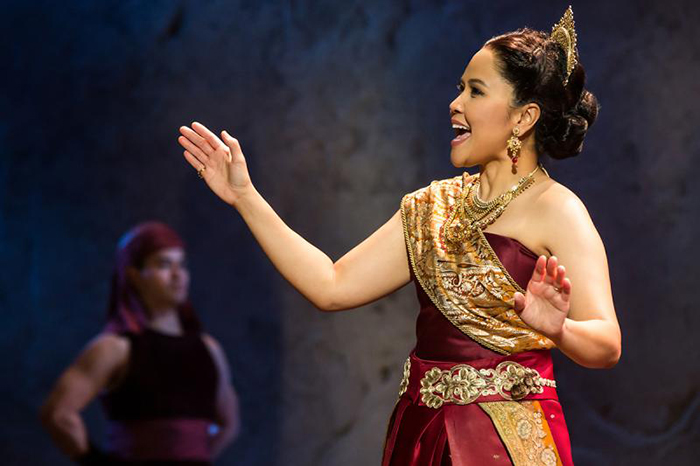 There are also scenes that demonstrate the less culturally-sensitive times in which the show was written. “Western People Funny” causes one to squirm a bit. Even some moments during the stunning, epic, and incredibly beautiful “The Small House of Uncle Thomas” feel inexplicably impertinent. But all in all, Bartlett Sher’s interpretation of this Rodger’s and Hammerstein’s classic is accepting of the original work’s faults while simultaneously finding ways to elevate above them.

The King and I ran Tuesday March 20th through Sunday, March 25th at ASU Gammage in Tempe, Arizona. It resumes its tour in Pennsylvania, then heads to Ohio, New York, Michigan, Missouri, Massachusetts, New Mexico and southern California. 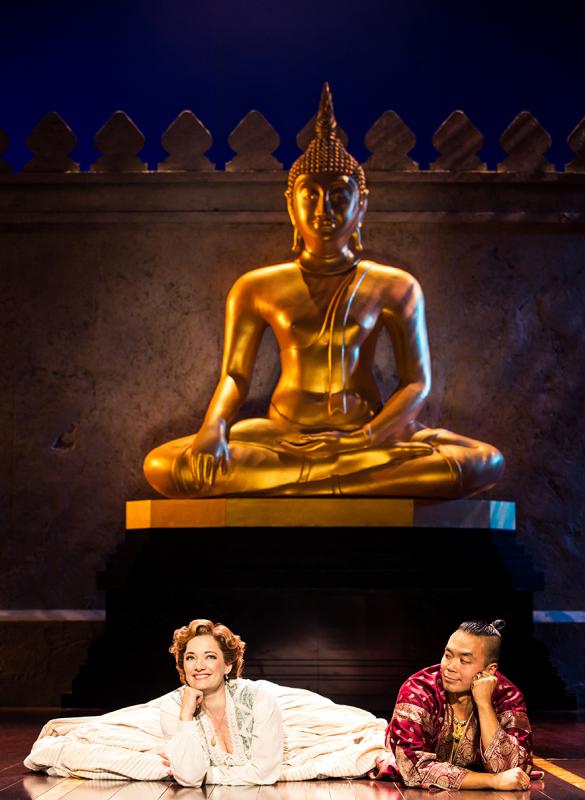 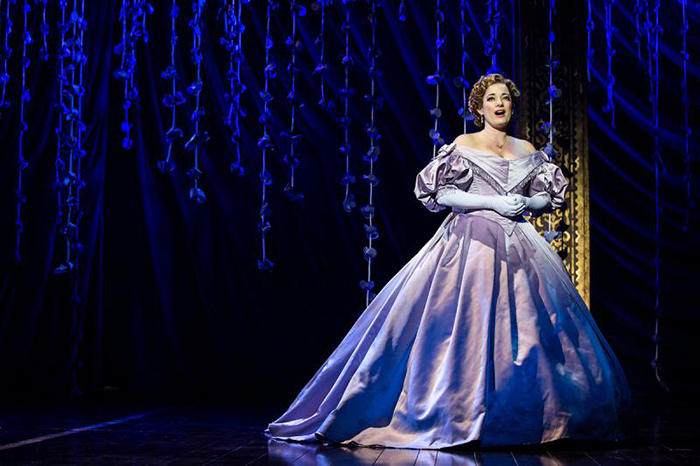