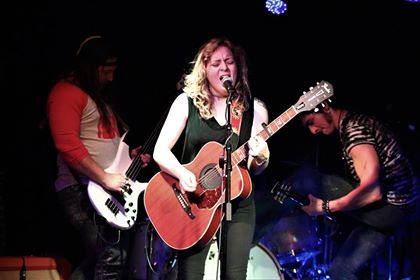 On March 16, St. Patrick’s Day Eve, three eclectic local bands and a distinct foursome molded from the ebbs of Salt Lake City took the stage on a relatively quiet night at Rips Bar in Phoenix. With both my boyfriend and photographer in tow, and a penchant for beer on my mind, the sets featuring Slick Velveteens, Andy Warpigs, Honey Danger & The I-10 Shooters, and Aerico satisfied my yearning for bar-fueled musical antics.

Reviews from friends and mutual connections added Andy Warpigs to my list of must-see acts so I was anxiously anticipating the start of the show with his set. After a brief intro, Andy and the ensemble began “Drown My Baby” to an attentive crowd. Out of all the bands performing that night, Andy Warpigs proved to be one of the more talkative acts and treated the crowd to small tales and spoken interludes, displaying a skilled professionalism behind their instruments with just enough self-deprecating humor to keep everyone on the same level. 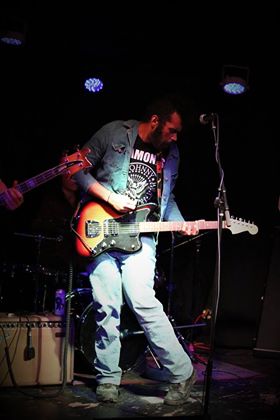 Between jesting the crowd and playing varied offerings of folk-punk numbers from their song catalog, Andy found no difficulty riffing randomly to David Bowie’s “Starman” and displayed a patience for the crowd Axel Rose would envy. The band’s biting lyrics and honest attitude may be represented on paper by frontman, Andy, but it is clear the “Andy Warpigs” name has grown into an ensemble act similar to how “Elton John” was never the singular brain-child of Reginald Dwight.

Instead of playing out like Destiny’s Child, it was clear to the audience that appreciation was given to each band member involved and their connectivity were integral to the success of the performance. Contrary to his strong and outspoken online social media presence, I couldn’t fail to mention that Andy gives mighty strong hugs and is incredibly kind to strangers. 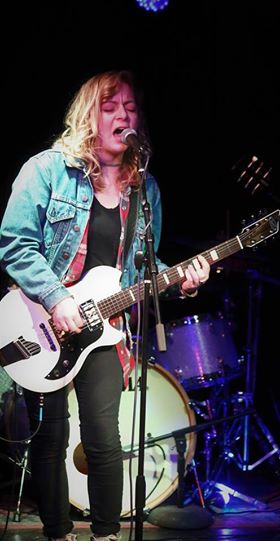 The headlining act, Slick Velveteens, spent little time bullshitting the crowd and focused most of their creative talent into introducing their sound to Arizona audiences. While I am not familiar with the musical history of Utah, their set represented a clear change of pace within the growing West Coast indie scene as more acts start to gravitate toward older musical trends and melodies. While they certainly don’t come off as forward with a message as other local acts who try to bring the old-school into the new-school, their musical prowess and instrumentation makes up for any growth in charisma they may face in the future.

With a crowd-mix of what seemed to be friends, family, and plenty of newcomers, Slick Velveteens had no problem charming the crowd with catchy tunes like “Slick Holly Blue” and “Tell Me Twice (Don’t)” that exuded folk sensibilities with a punk foil. 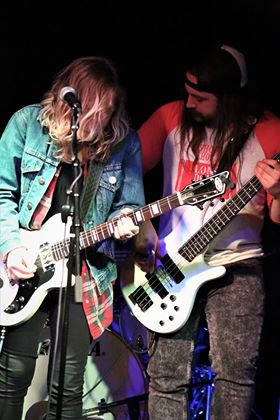 While this may be their first time in Arizona, this band certainly prides itself on being professional and understanding certain beats within the crowd. Even when no official song was being played, the bassist and associated members made a distinct effort to dull the silence with a riff or a quick joke. If producer Phil Spector got out of jail tomorrow and didn’t actually murder Lana Clarkson, I am pretty sure he would see the Slick Velveteens and automatically attempt to make their clever harmonies and smooth lyrics into the next big hit; this was also my most sober set of the night. 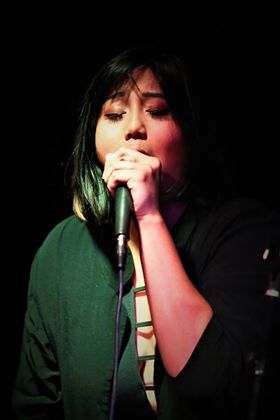 Honey Danger & The I-10 Shooters

By the time Honey Danger & The I-10 Shooters arrived on the scene, the change of bar patrons as the night grew later proved to be beneficial for the surprisingly emotive –yet funky– local act. How could I not be excited? Just their name alone sparks instant controversy and a reference only Arizona locals would understand. And, what I thought would be a ballsy straight punk act would turn out to be exactly that and more. While many listeners would instantly argue against my definition of punk, there’s no secret to why Honey Danger and the gang have found a level of acceptance in that community. Their music skirts over the genres of adult contemporary balladry, Ooos alt-rock, and just a touch of soul from their lead singer, while the rest of the ensemble exudes classic James Dean-esque angst-y rebellion. 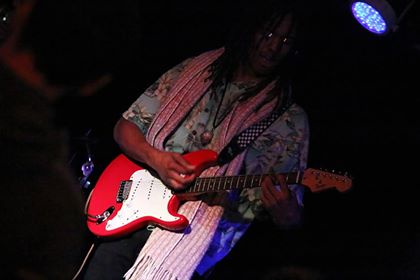 Songs like “Sad, Sad Puppet” and “Lonely Only One” give rise to Honey Danger’s vocal prowess while “Hey Baby” shows more of the lyrical versatility found on their tracks. The affable members of the band came off as cohesive as super-glue with their tight instrumental performances and no-doubt have a lot of material to contribute to the ensemble as individuals.

Sad, Sad Puppet
Was It Worth It
Afraid
Hey Baby
Bad Habits
Lonely Only One
Can’t Be Bothered 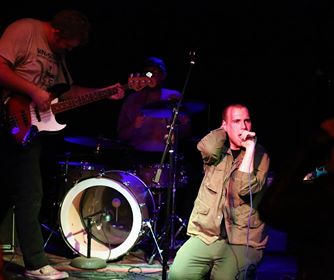 By the final local slot of the night, it was clear the last band would be battling against the increasing intoxication of the crowd. While my posse kept their cool, it was clear some drinkers were having a problem staying in the saddle. With an unceremonious intro, the three members of Aerico launched into a truly memorable set. Exuding a somewhat chilly combination of confidence and a stand-offish presence, their lead vocalist donned a green overcoat while vocalizing over harsh instrumentation and a true challenge to the senses.

During the first number, one sun-kissed middle-aged biker gal became so incredibly reactionary to the offbeat music that it caused her to weakly heckle the band before making her exit. For folks like me, their self-described style of “Fresh and sleazy/ noise new wave/ vomiting blood” brought me back to fond memories of a crust-punk boyfriend who enchanted me with noises from the otherworld during our short tenure. 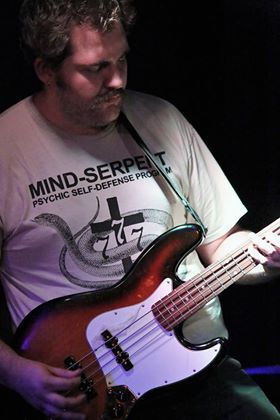 This marked the first occasion I ever got see a “noise” performance in person, as well. While their music may be deemed esoteric to those accustomed to popular styles, Aerico dominated the stage with their will and mission. Their lead singer’s cold attitude translated into a strong, no-holds-barred performance to the crowd, while their drummer and bassist both held simultaneous respect and irreverence for the music they played.

With a playful sense of mischief radiating from the vocalist paired with a strong, reserved stage presence some would envy, Aerico brought down the house with moments of applause from many patrons who were served something they definitely hadn’t ordered. And, what seemed like a vocalist who radiated fury and icicles on stage turned out to be a pleasant and thankful gentleman to fans offstage. 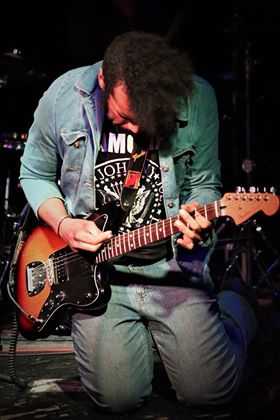 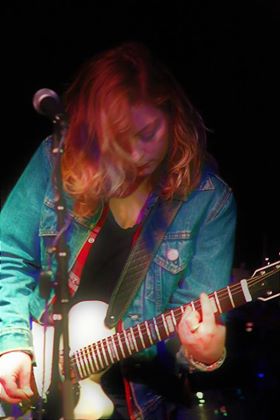