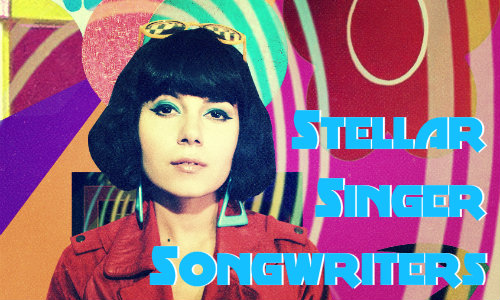 Ask anyone down at #YabYumHQ and they tell you I have a propensity for sad  bastard music. It’s my thing. Avi Jacob dives deep into that well of emotions we all harbor inside to offer compassion and clarity, but it might break your heart in the process. As someone who lost a parent young, “Pickup Truck” just kills me every time. But it’s more than the resonating lyrics, it’s Jacob’s heart-wrenching delivery that really hits home. “Pickup Truck” was recorded in the dead of a New England winter with some help from James and Simone Felice. The single is more than a promising start for forthcoming EP which will be coming out through Skate Mountain Records later this year.

Veronica Bianqui made our list of 2017 favorites with her single, “Victim”, and she’s back to charm us with this mellow, harmony-rich number. “Sunday Cups” kicks off with a simple drumbeat and there isn’t much additional instrumentation on the track. That’s because the vocal layers fill in the blanks in this lush soundscape. Bianqui’s L.A. garage-pop style takes on a bluesy slink for this new song and I’m digging it.

I love the dreamy layers of alt-country “mumble-core” one encounters on John Errol’s new single, “Dead Man Walking”, but know going in, that where you begin this journey is not where you’ll end up. The single simultaneously makes me think folk music of the future; starting like a grainy photograph you find in a secondhand store and slowly building then dissolving in ominous waves. John Errol is a find for the real music lovers out there; the ones who still buy the album.

If you’re looking for a piano ballad to win back the one that got away, I suggest you give “Baby I’m So Lost” by Matt Dorrien a spin. This single comes to us from Dorrien’s upcoming release, In the Key of Grey, which is due out from Mama Bird Recording on April 27th. “Baby I’m So Lost” is as much a song as it is an expression of loss that is all too familiar. Like having a stiff drink in a smokey bar at three o’clock in the afternoon on a dismal day. Even if you haven’t been in that exact situation, it’s all too human and easy to imagine the hurt. The Portland songwriter’s somber expression of heartbreak is both restrained and overwhelming. I can’t wait for the rest of the album.

Everyone should have a copy of this single from Bryde for those rough moments that leave you doubting yourself. London-based singer-songwriter released “To Be Brave” in prelude to her debut LP, Like An Island, which is due out next month. Bryde delivers her introspective lyrics in a voice that carries an emotional edge that borders on desperation against a post-grunge backdrop. You can’t help being swept up into the music despite the minimal instrumentation. All you need is Bryde’s words and voice. Check out “To Be Brave” and don’t forget to check out the complete LP once it drops on April 13th!