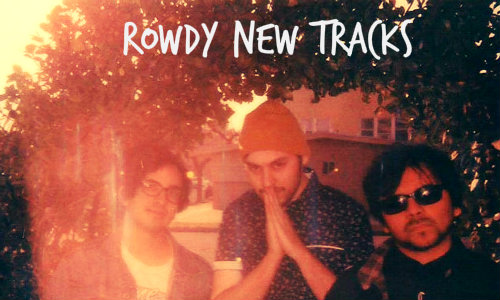 That feisty PHX trio that everyone loves to see live is finally almost ready for their sophomore release. The Echo Bombs released The King of Uncool back in 2014 and, since that time, they’ve been shopping their brand of misanthropic fun to Valley audiences who, frankly, are ready for another installment of songs to jam in the car on the way to their shitty day job. “Pistachio Pudding” is the anthem for everyone who hates their life… or just life in general. I fucking love it. Check out the single and get on that follow action for The Echo Bombs to join us in the wait for their new album, Pleb.

This feisty trio from Bakersfield could definitely share a bill with The Echo Bombs. High on angst and energy, their latest single, “Demons”, can amp up your afternoon as Swell Spells digresses on the woes of our anxiety-laden lives in the 21st Century. This track comes to us from Swell Spells’ forthcoming release, Tell Your Friends You Love Them, and has just the right amount of badassery to really kick up the fun on your playlist.

The Phoenix Record Collective known as Casa Butthole offered up this rambunctiously gloomy collection of demo tracks just in time for Halloween. And, like jackasses, we’re only getting to it now. This 4-song release offers brooding, metal-esque lyricism against a lo-fi goth punk soundscape. You could roll that sentence around a few times or just head over to the band’s Bandcamp page to check out the demo for yourself. I definitely suggest the band’s s/t single, “Hex Wave”.   For more Hex Wave “deathrock” feistiness, I suggest tuning into Radio Phoenix on March 7th (Wednesday) to catch the band live on the air for the YabYum Music Hour.

Violet, the five-piece from the UK, has just enough grit glazing their Britpop sound that I’m not sure whether to expect flannel or eyeliner or some combination thereof. Effects-heavy guitars bleed throughout the track in psychedelic-tinged layers on “Feel” while the intentionally arid vocals establish a cool and casual tone. I’m definitely digging “Feel” from Violet.

The Tempe-based label known as Night Animal Recordings dropped this sweet 7″ from the band Black Paw in January. “Bait” kicks off the track with its steady, driving sound. Pensive punk with an old-school sound, Black Paw might not be reinventing that proverbial wheel, but they pack enough punch to appeal to punkrockers across the spectrum. Start with “Bait” and move through the complete 7″ (available on Bandcamp for preview) but then make that purchase to show this PHX act some community support.