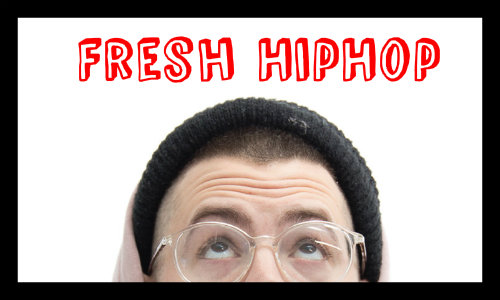 Picking just one single to feature from Mouse Powell’s latest album is a challenge in of itself. The album features some choice guest spots from PHX musicians, like Jason Devore of Authority Zero and Andy Chaves of Katastro. “Coffee” mixes musings on love and sobriety with a funky beat while Sarah Robinson lends her pipes to the backing vocals to add some sass to this single. If you missed the release show for First Love, you missed out. Don’t make the same mistake on this album.

Talib Kweli just passed through Phoenix to play a show with some super cool locals (see also: Wolfzie, Tru Vonne, and Futuristic), but if you missed that one, you can enjoy his collaborative appearance on this new single from Balkan Bump. For those not currently in the know, Balkan Bump is the new musical undertaking from trumpet player, producer, Oakland resident, and ethnomusicologist Will Magid. “Aymo” was released through the artist’s on imprint, Lowtemp Music, in anticipation of his s/t debut. I’m definitely digging the Eastern European folk infusion with some Oaktown hiphop so I’m keeping watch Balkan Bump by Balkan Bump.

Arizona’s own Black One dropped his latest LP just in time for Xmas, but if you didn’t find a copy under your tree, you can still snag the release through Bandcamp. Breaking Infinity comes in at 13 tracks (intro included) and even features a guest spot from Random aka Mega Ran, but the title track was an early stand out for me. The production on the underlying soundscape is sharp and rich in innovative elements that break away from all those other boring beats out that get sent to us every week by way of submission. Check out “Breaking Infinity”, the single, and then score the full album over on Bandcamp to throw some support to the artist.

This experimental hiphop act brings you “Heaven” right from the PHX. Optimystical combines elements of soul and jazz with hiphop and then sends that sound on the Stream of Consciousness for a free-flowing vibe. I’m definitely digging this new act on the rise. You should take “Heaven” for a spin and then all you locals should make plans to catch the Optimystical experience live ASAP.

If you’re looking for that weekend kickback song, this might be it. You can spin “Top Down” from Jpaulished while driving around (definitely with the top down if that’s an option) and the music on blast. You can feel the stress from the week – bad workdays and bad dates – melt away  until you’re left feeling as mellow as the beat that drives the single.