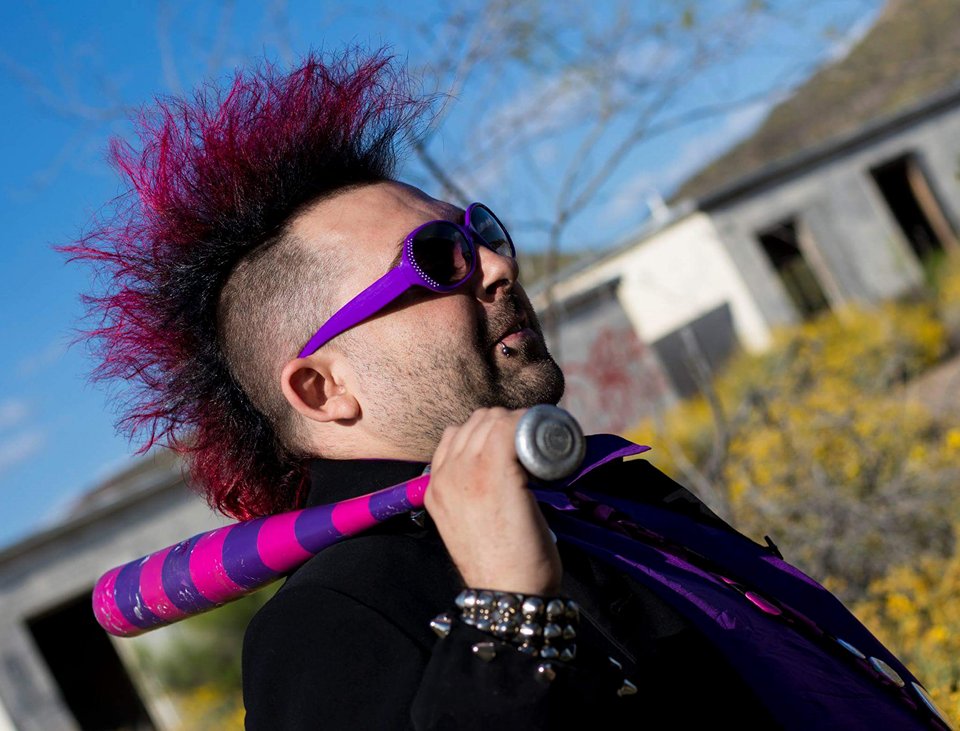 Local rabble-rouser Travis James (of Couples Fight and Travis James & the Acrimonious Assembly of Arsonists) has a unique sound and style so we were definitely interested to see what tracks  he would choose for his Tastemaker’s Ten. As usual, we asked TJ to share ten songs he thought everybody should hear….

I thought this would be much easier to narrow down, but “10 songs you think people should know” as the guideline compelled me to try and not just make good selections, but also to do so in tandem with a well-rounded, broad embrace of eclectic elements. This list both does and doesn’t help to understand my musical mind. Shut up, leave me alone.

Lauren Bousfield (formerly “Nero’s Day At Disneyland”) is a trans electronic music artist from the Bay Area. Every damn song she’s ever released is so incredible and innovative that I feel like a fuck up for every person I don’t share it with. She was recently in the well-known shared-living warehouse fire (Ghost Ship Artist Collective), and has a patreon to help with skin grafts and other medical/living expenses. Subscribe and thrive (here).

I love most artists in the “big band” genre, and it’s hard to pick one out of greats like Sinatra, Prima, The Boswell Sisters, Billie Holiday and countless others. This duet captures the essence of the mood this music aims for, and gives me the loophole of being able to pick two of the greats. More musicians should consider and implement the writing elements of this style, regardless of genre. “Couples Therapy”, a 3-way exchange I wrote between a fighting couple and their counselor (featuring Andy Warpigs) in my dance-punk project Couples Fight is influenced by this sort of thing. And I’m very proud of it.

The Blood Brothers
“Ambulance Vs Ambulance”

I think this band is, but will never be recognized as one of the greatest bands of all time. Blood Brothers are unmatched in the craft of hooking you in with the “pop” sensibilities creeping beneath the brilliantly composed noise and abrasiveness, and their incredible lyricism has been a major influence on mine.

Often overlooked as a quirky 80s New Wave band, Boingo has an eclectic catalog of intense anthems. I hate long songs, but this one varies and carries you along in its mood, and doubly suits the conceptual theme of the lyrics. Another rare choice for me is a “live” version, which I chose here because seeing all the stage elements (including puppets and clowns) compliment the composition is a whole experience. If the vocals start to sound familiar, that’s because the singer, Danny Elfman, did singing voice work for “Jack” from Nightmare Before Christmas (along with composing the scores for nearly every Tim Burton movie). I also highly recommend his solo orchestra album, “Serenada Schizophrana”.

I didn’t dig P.O.S.’ whole albums much, but “Fuck Your Stuff” is just a song myself and anyone I care to associate with needs in their life. I like a lot of hiphop, but the shit that brings a good combination of the fire and the smarts is what will get and keep my attention. This song is basically about how I act, like, most of the time.

Rhapsody
“Power Of The Dragonflame”

I fell in love the first time I heard Rhapsody’s orchestral “cinematic metal” 14 years ago, and have enjoyed everything they’ve released… and I lost my shit when I found out their first ten albums are all one cohesive story. The singer is a classically trained opera singer, and their chorus-strong compositions make me feel like I’m truly storming castles and summoning dragons. Christopher Lee (Saruman in Lord Of The Rings) even joins them singing on a ballad. They were the main inspiration for an 8 piece acoustic “fantasy folk metal” band called “Wizard Teeth” I fronted some years back that had legions of warriors shouting “DRINK THE BLOOD OF OUR ENEMIES!” under bridges.

One of the most important bands on the circuit, and one of my biggest influences. With so much trouble-loving inspiration in their circus-punk songs, I’m proud to have opened for them here, and even more proud that it resulted in so much ruckus that 16 of us got kicked out, and the front window of the venue was smashed, resulting in cops everywhere, and even a helicopter. People who don’t freak out about this band really bum me out.

I listened to a lot of crust and power violence when I was younger, and still have a soft spot for a lot of it. Mostly, what stuck with me, is the more melodic stuff. This song is from one of my favorite albums of that music.

I fucking love musicals. I wrote a short one, but I tend to attract and gravitate towards the sort of folks who would struggle with the follow-through such a lofty project would entail. It’s been doomed for years, and started and stopped several times. Maybe if I could ever get out of Skid Row, I could make it happen. This song is not just immaculately composed and executed, but deeply relatable for me.

Japanese, New Wave-influenced punk rock. This song is a bit on the poppy side, but their albums are so solid and have so much crooked dexterity that when listening to them all the way through, I get frustrated at what they manage to come up with. Somehow, I lucked out and saw them live some years ago, and it destroyed.

And, of course, we had to include a track from Travis James….