My favorite thing coming out of Tucson in the past couple of years, musically speaking, isn’t a band at all. It’s a tape label.

Baby Tooth has now released 30 albums since 2016 and there are no plans to stop. Two of their releases won 2016 Awards [from us] and quite a few of their songs made it on our Favorites of 2017 playlists. Many of my favorite Tucson artists, as well as a whole bunch of new folks I’ve been introduced to, have all released something on cassette through Baby Tooth.

But I still had absolutely no idea who was behind the Baby Tooth magic so I thought I ought to remedy that by reaching out and trying to find out more. Jake Sullivan, the label’s co-founder, graciously replied to my query and I’m delighted to share our interview below. Read on to find out the history of Baby Tooth, as well thoughts on the Tucson music scene, and what’s upcoming for the label!

YabYum: Who am I speaking with and who is behind Baby Tooth? How long have you guys been around?

Jake Sullivan: Mark Addington and I started Baby Tooth in 2016 with the Ohioan Empty / Every Mt cassette being our first release. Now we are about to release our 31st album on cassette!

What made you decide to start a label?

The idea for the label was kind of born from necessity. Another friend (Kellen Fortier) and I opened a record store called Wooden Tooth Records. Wooden Tooth put out a 7” for a great local band called Katterwaul. After that, we got TONS of local bands coming in with their newest recordings asking if we could put it out for them.

While the high cost of pressing vinyl made it somewhat impossible for us to put out more than a record or two a year, we still wanted to find a way to help release all this great music bands were sending our way. So, Mark and I decided to give cassette releases a try. People seemed to be really excited about it, so we kept going!

How do you find bands that you want to release? Do you approach bands or do they approach you? Maybe a little of both?

A lot of the bands we’ve released were a result of us being previously exposed to their music, usually by seeing them play somewhere in town. However, a fair share of our releases, and some of our favorite ones, have been the result of an email submission from a band or artist we hadn’t heard before, which is always really exciting. 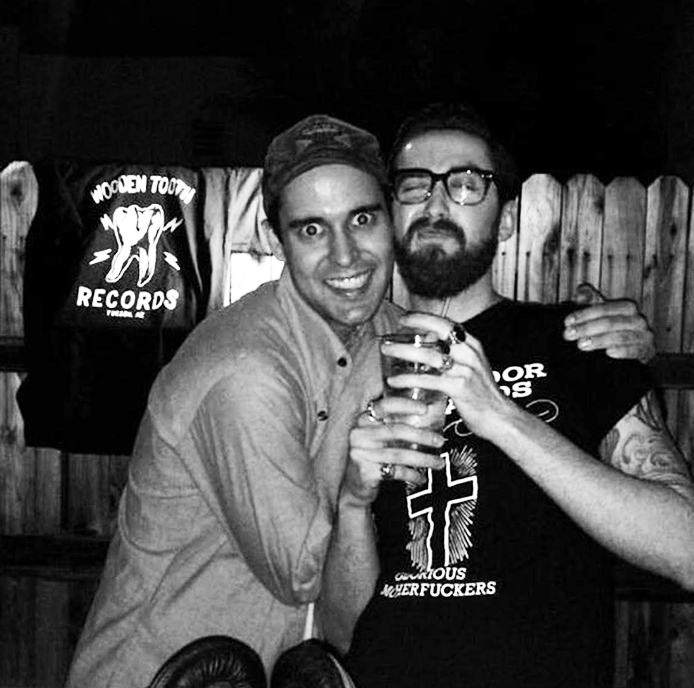 You’ve also signed bands from outside of AZ right? Have you personally known any of them or did you just hear their stuff and say, “I wanna release that”?

We have! For the most part our label is AZ based bands because we are so consistently exposed to great artists from here that we want to help give some exposure to them. Plus, it’s a much easier process when we can meet over coffee to discuss a release. In some instances though, we’ve gotten to make connections with artists from other areas and release some really cool albums! Wherever it’s from, we just want to release good music.

With that said, do you accept submissions? If you do, how would bands pursue that?

We do! We can be reached via email at babytoothtucson@gmail.com. Not every submission can lead to a release, but we give everything a listen, so who knows!

How many bands are actually on the Baby Tooth roster?

Including the upcoming releases we have planned, we will have included about 34 bands on our cassettes!

What is your take on the Tucson/AZ music scene? Both the good and the bad.

I love the Tucson music scene, and think we are pretty lucky – not only are there an endless amount of great musicians and bands, but there are so many cool new venues popping up all over town. Pretty much every night there is a good show going on, usually more than one.

If I were pressed to name a down side of the Tucson music scene, it’s that more people outside of AZ don’t pay attention to some of these artists! That’s starting to change though. The Burger Records folks, for example, are helping with that!

What’s upcoming for Baby Tooth? More cool new releases I hope. I know this might be impossible because of song rights but I almost wish you could release a tape compilation of all the rad bands that you’ve released so far! Just a thought, don’t mind me…

Haha, we have been kicking around the idea of a compilation tape for a while now actually!! Someday it will happen, I promise.

Some of the upcoming titles that we are excited about are a beautiful new solo album from longtime Tucson musician Braford Trojan, another great new album from the Wanda Junes, and a super fun new album from Eeeks, who are from Paraguay but recorded their album in Oracle, AZ. They are all great albums that we are super excited for!

Check out all their releases and purchase tapes through Baby Tooth’s Bandcamp page.