So let’s be honest. If you’re reading this, a formal introduction is likely not necessary. In my lifetime as a dedicated theatre nerd, I recall no other show garnering the excitement or the hype of Hamilton.

The musical, written by Lin-Manuel Miranda, is based on the Ron Chernow biography detailing the life, death, and legacy of Alexander Hamilton. And it is arguably the biggest thing to happen to live theatre in decades. It is a show about America; its founding and its founders. Portrayed by actors, and using music, as diverse as our society is today. It is apologetically complex, while simultaneously crisp and minimalistic.

Currently playing on Broadway, as well as in London and Chicago, Hamilton recently launched its first national tour. Arizona State University’s Gammage Auditorium is hosting some of the earliest productions, playing from January 30 – February 25, 2018. Outside of the venue on opening night, you could feel the tangible electricity in the air. Expectations were high, and excitement was palpable. And I suspect that nobody left disappointed. 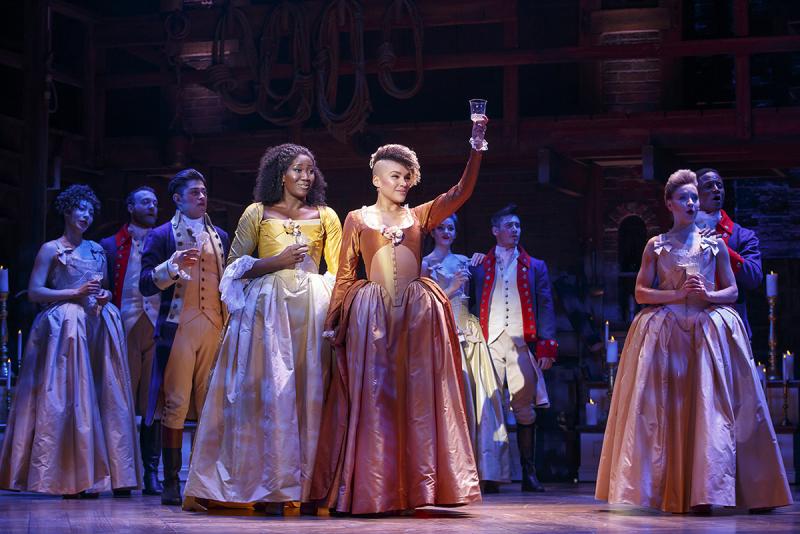 The cast had enormous shoes to fill. A large portion of attendees had heard, if not obsessively listened to, the Triple Platinum original cast recording. Cast albums can be a double-edged sword. While the album played an integral role in establishing Hamilton as a cultural phenomenon, it also set a bar of expectation that any album recorded and perfected in a studio does.

As fans and audience members, we cannot help but desire to hear the songs and interactions precisely as they sound when we listen to them in our earbuds, cars, and homes. Thus, there is always a chance that the audience will be disappointed by the richness of extremely incredible, but occasionally live, voices. Even without the perfect acoustics some smaller venues provide, the entire cast delivered heartily. And the absolutely stellar performances by Austin Scott as Hamilton and Sabrina Sloan as Angelica Schuyler elevated the production to an unquestionably Broadway-caliber level. 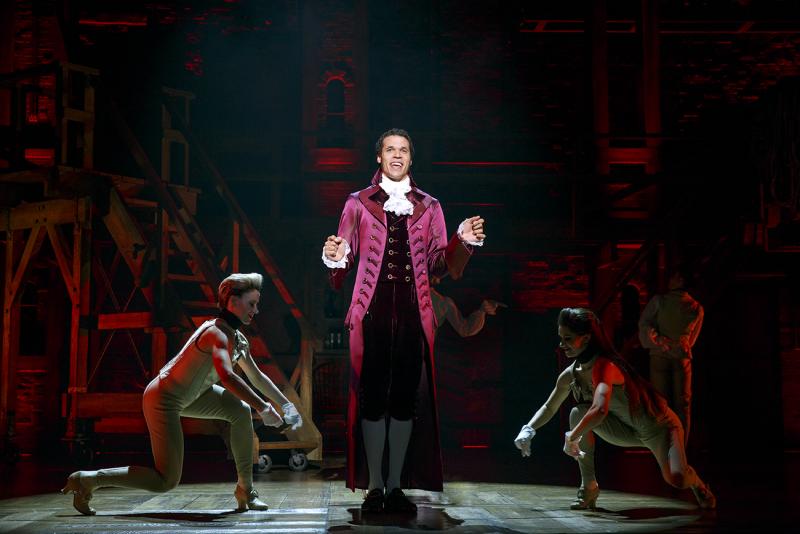 Hamilton is unpretentiously complex. Character development is layered upon social commentary, which is layered on top of music of every possible genre. The complexity of words and articulation develops as characters do. Music serves as a venue to represent culture. Immigrants, who have to fight for their place in society, leverage the percussion and rapidity of rap to speak their minds. The European monarch leverages the comfort of British pop to convey his thoughts. And “Americans,” those who were born in (and thus did not have to fight for their place in) their new country, play in the melodic spaces in between.

David Korins’ set design is muted and beautiful. Comprised of wood, brick, and rope, it serves as the perfect setting for a country in development; built by enslaved hostages, brilliant idealists, and “manumission abolitionists”. The turntable, used to symbolize the passage of time and the struggles of existence, subtly provides the mechanics for some of the show’s most heart-wrenching and powerful moments. Angelica’s request that Hamilton not “forget to write” proved profoundly intense. It gets me every time. There are many other moments that could only exist through the brilliant use of the turntable. But this is not meant to be a spoiler article, so I encourage you to go and discover those moments for yourself!

Additionally, Howell Binkley’s lighting design is a character in itself. A muted stage palate provides a blank canvas in need of light. Binkley found the space with shadows, depth, movement, and color. There are moments that evoke audible gasps from the audience perfectly timed to a lighting change, most notably in the “eye of a hurricane”.

Paul Tazewell’s costume design, primarily cloaking dancers in white, also considers the power of shadow. This is not a show meant to distract with beauty, glitz or glamour. The costumes are not memorable, nor are they meant to be. They serve a utilitarian purpose. They allow you to know and understand the characters.

In life there is some art that is world-changing; art that changes us, leaving an indelible mark on our souls. We experience it and know we are forever changed. I encourage you to experience Hamilton for yourself.

If you don’t already have tickets, there’s still hope! While Hamilton in Tempe is officially sold out, a small number of tickets are released daily. Your best best is to try in the morning the day of, through ASU Gammage/Ticketmaster. There is also a lottery for 40 tickets in the first two rows of the theater for every performance. If you win, those premium seats will only cost you $10 each! You can enter the lottery for every single performance through the Hamilton App which you can download from iTunes or Google Play.