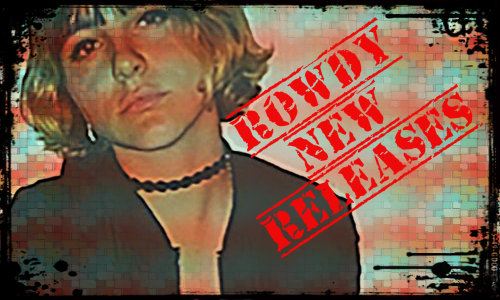 I Got the Hots for Charlie Watts

This album landed on my desk just in time for the warming Phoenix weather. I’m ready for shorts and pool parties and lofi garage punk that has a carefree go-fuck-yourself-for-interfering-with-my-fun attitude. The ExBats [from Bisbee!] capture that teenage summer feel on I Got the Hots for Charlie Watts. This 12-track release was recorded in Tucson at Midtown Island Studio with Matt Rendon, who also throws in some bass on the album. “I Got Fights” and “I’m a Witch” are two personal favorites but the best way to experience I Got the Hots for Charlie Watts is to start at the top and work your way down. Then repeat. Make sure you land your own copy of the limited-edition CD before they run out. The Exbats are playing The Flycatcher in Tucson on March 12th. Totally worth the drive.

This s/t demo from Phoenix’s Poster Parents crams all the energy of a house party (like, a good house party) into five feisty tracks. Embrace the wall of sound that is Poster Parents’ garage rock. It’s more about textures and emotions rather than crisp and cultivated. There’s something raw that remains in this recording and, this time, I don’t mean that in a bad way. Sludgy guitars kick off the album on “Gatsby” but the rhythm section comes on hard to complete the effect. I mean, I was sold before the gang vocals. The energy gets turned up for “Lame” before we have a moment of self-actualization with “Bojack”. “Spin Cycle” goes for some heavy angst before “50%” ends the collection on a somewhat somber note. Poster Parents dropped earlier this month and was recorded by none other than Bryan Preston (of Dadadoh, TVLiFE Entertainment, etc.). Toss some support to Poster Parents through Bandcamp in the hopes of more recordings from the quartet soon.

Vices to the Grave

Vices to the Grave

Those of you who prefer your punk without the preceding hyphen should definitely check out the s/t LP from Vices to the Grave. This Tempe 4-piece goes heavy on the politics and, consequently, on the fury. The opening track, “Protect and Serve”, comes in with some serious questions and driving old school punk rock that calls to mind Propagandhi’s How to Clean Everything. Don’t expect that energy to let up for the remaining thirteen tracks as we move through topics ranging from lost friends to constitutional falterings in the current political culture. If you have some frustrations building, Vices to the Grave can help you purge that rage so you can focus your efforts on effective organization.