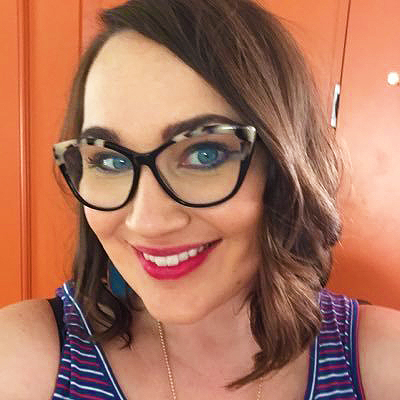 My name is Genevieve Rice, and I am a stand up comedian and writer. I’m also the founder and executive producer of Bird City Comedy Festival, which is going into its third year in downtown Phoenix March 29-31, 2018.

I started doing stand up in 2007 at an open mic in Norman, OK, my college hometown. I thought it was something I would do once, but something told me to keep going. This has been the worst decision of my life.

I tend to gravitate toward people who consistently find the funny, even in bad situations. I like positive people who like their lives and are committed to making things better for themselves and the people around them. To me, that is always heartening. I also look up to people who know how to fold fitted sheets.

In regards to the arts, Arizona is still very much the wild, wild west. There’s so much potential here for development, and I feel like it’s anybody’s game. Churros and balmy winter weather don’t hurt, either.

I perform a few times a week at various places throughout the Phoenix metro. I also host Jazz & Jokes, a comedy and music show at The Nash in downtown Phoenix, every third Thursday of the month.

I co-host a podcast on The Golden Girls called Thank You for Being a Podcast, which you can listen to pretty much everywhere. Oh, and Bird City Comedy Festival is taking place March 29-31, 2018. Go to birdcitycomedyfestival.com for a complete lineup & schedule.

I’d like to write a book. I’d like to look through the eye holes of a painting in a haunted mansion. I’d like to convince at least one neighbor I’m a witch. But mostly I’d just like to have an interesting life.

I have a few, I suppose. Laugh early and often. And if you’re looking for a good restaurant nearby, just put “small plates” into Yelp. Also, don’t be the server who sits down at the table to take orders. Sorry, this is mostly just restaurant advice.