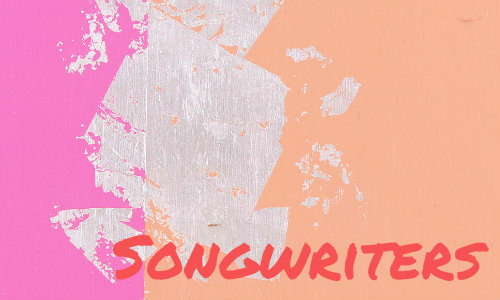 This single comes to us from Justin Moody’s forthcoming album, Bruiser, due out in a few short days. The Phoenix songwriter has made a name for himself for his slow and somber style. Moody’s songs approach the listener as if in a dream: hazy and lazy. “Cowgirl” offers Justin Moody fans a wee sampling of what’s to come from Bruiser later this week so stay tuned for that release.

Micah McCaw shapes out his unique indie-folk sound amid the hills of Southern Oregon. On his latest single, “Tearing Seams”, McCaw combines vocal and instrumental layers to an orchestral effect and the result is powerful. But at the root of it all is the heart of a folk songwriter-songwriter and that really comes through on “Tearing Seams”.

What do you do if you’re visiting home over winter break from college and end up snowed in? Well, if you’re Monica Riskey, you pour yourself some hot cocoa and write a laidback winter tune. “Hot Cocoa” has an RnB flow that matches the mood: cold weather and the longing for some hawt company. There’s a lot of promise here. I can’t wait to see what Monica Riskey does when she’s no longer trapped by a snowstorm.

“A Cup of Coffee with Two Sugar Cubes, Cream, and a Tiny Drop of Whiskey”

The lofi single from Daniel Ruiz has a bit of Leonard Cohen quality. That sense arises not only from Ruiz’s deep, slightly monotone voice, but from the casual storytelling aspect in the songwriting. Daniel Ruiz might be living in Barcelona but he definitely has a Village avant garde style that carries through in his Autumn single, “A Cup of Coffee with Two Sugar Cubes, Cream, and a Tiny Drop of Whiskey”.

Local experimental songwriter Harrison Hufman released this brief collection of new tracks to mark the close of 2017. If played together, the three songs slide in at under four minutes starting with the chill number, “when im with u”. The songs move into stranger waters from there with the instrumental “supersoaked brain” and the sludgy closer, “lost”. There’s a lot more than promising happening on 2017. There are some definite moves toward shaping out new sounds and that’s pretty rad. Here’s hoping Hufman keeps it pushing in 2018 too.