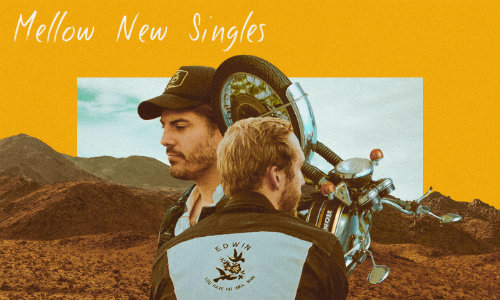 “I’m Only Gone” is the sweeping closer to Edwin’s 4-track EP, You Have No Idea, Man. Clocking in at more than six minutes, Edwin will take you on an introspective journey through the ups and downs of relationships with an honesty that I think people of both genders should really take in because Edwin, intentionally or otherwise, hits upon the one of the biggest impediments to relationships in the modern era. Listen to “I’m Only Gone” to see if you can root it out for yourself before I send my essay to HuffPost.

Fans of the Avett Brothers should spend a little time with Kyle Cox and “Somewhere in Between”. The song’s narrative is poignantly listless and, once you listen to the lyrics, you’ll really get what I mean there. The gently moving Americana supporting the lyrics will warm you to new possibilities and leave you, dare I say, hopeful. “Somewhere in Between” marks the first single from Kyle Cox’s forthcoming LP (due out in May). I expect good things from this Nashville-based songwriter.

Vern Matz is the undertaking of three Yale undergrads who somehow found the time to craft a 6-track s/t debut which just dropped in January. “Shelby Park” is a personal favorite from the new release. The band manages to capture that feeling of melancholy comfort one finds in overcast mornings while the pensive lyrics convey a coming-of-age sensibility that just about anyone can relate to. If you dig “Shelby Park” as much as I do, make sure to delve the complete EP from Vern Matz on Spotify.

UK songwriter Georgee Landy takes a look at love in the Post-Human era on this Hiphop-infused number. “Half the Ish” addresses young love from Landy’s 21st Century perspective. Bex Grant provides backing vocals on this track and adds to the kickback vibe that pervades the single. Rumor has it Georgee Landy has more singles on the horizon so jump on the fan-wagon before he breaks big.

“Live and Let Me Love You from Here”