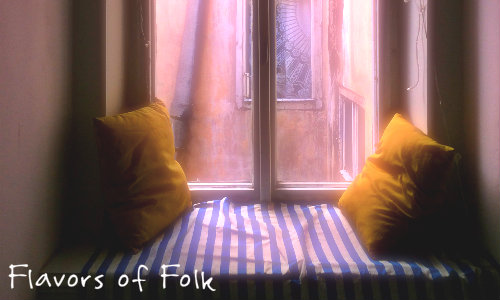 Get ready to get your heartbroken. Dan Michaelson doesn’t hold back the hurt on his new track, “Careless”. Michaelson (formerly of The Coastguards) released his debut solo album, First Light, in December and “Careless” comes to us from that effort. I don’t know if it’s the simple fact that we have all experienced loss through our own carelessness or if it’s Michaelson’s voice itself that really bites down to the bone. It’s probably the pairing of the two – the anguished vocals and poignant lyricism – that makes “Careless” an instant favorite for me.

It seemed a shame to break up this two track demo by choosing one song over the other for feature. So we didn’t. Some 3am Demos by koleżanka features the song “Back to Your Place” followed by “A Stranger Now”. The songs fit together well although there is definitely a change in tone (and temperature) between the two. The instrumentation is stark but expressively so; uncluttered, like easygoing afternoon thoughts on a warm, but not too warm, day. koleżanka sounds like the future of folk to me: pensive and abstract, emotive without confines, sorta like the floating fields of color in a Rothko painting.

Toledo (from Boston, not Toledo) recently dropped a new single, “Hesperus”, in anticipation of their forthcoming album, Saint Sebastian. The four-piece crafts dreamy, orchestral indie-folk that builds to encompass the listener in a sea of vibrant sound so don’t start thinking that the constraint of the first two minutes holds throughout the track. A promising start for the album to come. Saint Sebastian is due out next month so jump on that social media to keep track of Toledo and join us in the wait for the rest of the album in February.

red steppes is the musical moniker of S.F. Bay Area singer-songwriter, Nika States and “Bixby”was written in honor of the Bixby Bridge in Big Sur. Now that we’ve geographically situated the single, let’s discuss the earthy Midwestern warmth of Nika States’ voice against the relaxed Cali melody  that what made the song really come to life for me.  Check out “Bixby” below and then head over to Bandcamp to check out “Rampages Eastward” (her new new new single).

This song is like a cheery fire on a snowy winter’s night. For desert rats like me, Rosie Carney has the power to transport you to distantly chilly locales. For others in colder climates, like the Irish singer-songwriter herself, “Winter” will offer the companionship of a warm blanket or enthralling book during the longest nights of the year. The track carries the blush of romanticism one might expect of a 20-year-old songwriter, but it works perfectly when delivered in Carney’s mellifluous voice.