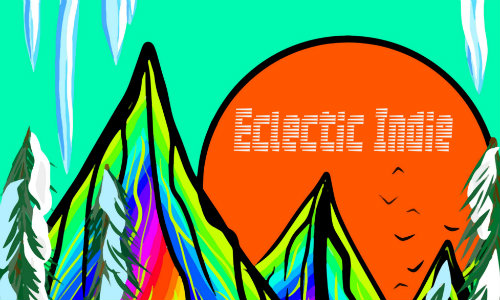 That mild chill in the air has me thinking wistful springtime thoughts and this new single from Sure Sure isn’t helping matters in the least. The airy feel of this buoyant new track has me thinking about ditching the boots and sweaters for some popsicles and sunglasses decorated with plastic flamingos. “Giants” will bolster your energy level and zap those winter blues. Sure Sure released “Giants” in prelude to their s/t album which came out this month (available here). You can catch the band live at the Van Buren this week (1/27).

Lauren Ruth Ward is the sassy chanteuse who secured our eternal fandom last year with singles like “Well, Hell” and “Blue Collar Sex Kitten”. Next month marks the release of Ward’s much anticipated debut LP. The songwriter said “Sideways” is “an anthem for those who get lost while acclimating to a new life.” But, I consider it a rallying cry for all late-bloomers (like myself) and everyone else who decided to carve out their own goddamn path, even if it might look sideways to most folks.

Forester is the brainchild of singer-songwriter Mikey Pro; a project sprung from his mind after dreaming of a “band playing on an island in outer space, surrounded by electric rainbows”. Once you hear the candy-coated grunge of Foresteater, that last sentence might be a bit easier to digest. There’s something playful and melodic to the song, no matter how serious the lyrical subject. That’s a counterbalance I definitely love.

This indie-electro act known as s//p (pronounced “slip”) just had their debut performance in November but they’re already generating quite a buzz around their sound. Just out the gate and s//p debuted “head on backwards” with buzzbands.la. S//p applies a postmodern industrial spin to the soundscape while the lyrics on “head on backwards” address dilemmas we’re all facing in this posthuman era.

That local sultry songbird, Haley Green, is back with a new single. “Pretty Boy” came out last Fall but it somehow flew past our radar unnoticed… until now. This new track features the members of Scattered Melodies on the rhythm section and a few other Zonies including Laura Hamlin, KC Barras, and Jesse Morrison. If you haven’t spent time with the smooth but sizzling voice of Haley Green (who formerly performed under the moniker Ruca), you are missing out. Big time. Fix that with “Pretty Boy”.