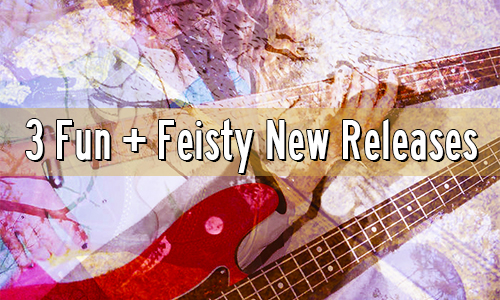 Andy Warpigs’ 2014 release, Folk-Punk Yourself, pretty much secured his place in the annals of Phoenix underground music forever, but it’s his sophomore full-length that might supplant that debut as the official YabYum favorite.

Counter Culture-Shock! has an angst-laden grit much darker than previous works that really captures the sense of alienation that threads through the songs. Tracks like “My Dog Ate My Dope” and “The Joneses” definitely push the punk a little harder than we heard from Andy in his uke days.

“Bowie Kids” is an early favorite; and not just because I got an early acoustic preview of the track for our Songs from the Reading Room series. It’s an amazing song and, lyrically, it offers me a sense of comfort, of community, that evades me almost constantly in my worldly interactions. It’s a counterculture anthem for those of us who aren’t hip enough (or rich enough or social enough) for hipster status… you know, the people the term “counterculture” was coined for.

That Warpigs’ beatdown humor can be found on this new album so don’t start thinking Andy turned into one of those message kids. This is more about authentic songwriting than some assumed persona. Thank Jebus. I just can’t handle any more assumed “edge”.  “Trashed” closes out the album perfectly… like malt liquor by the train tracks or un-permitted music festivals. Well, you get the idea. Now, get the album.

Yassss!!! In a new pairing that has us super excited, Phoenix’s Red Tank! just dropped a new cassette release through Tucson’s Warped Your Records. The four song EP kicks off with “Destroy Me” and you’ll immediately be submerged in all that gooey dissonance that has long marked the music of Red Tank!

The band holds to a garage punk sound, adding on thick layers of noise, but there is a subtle undercurrent of control that gives their songs structure and nuance. From the riotous energy of “Tell Me” to the upbeat nihilism of “Moments → Nothingness”, X is a punk rock gem. And, while the EP might not save the world, it makes being in that world a little more interesting.

Get the new Red Tank! cassette while you still can through Warped Your Records. You can, of course, preview before purchase below…

The new EP, which came out through Volar Records in December, features two original songs in addition to a pretty sweet Violent Femmes’ cover. The title track kicks things off with some retro-hued garage power pop. The vocal layers lend the song a fun summer-camp feel that will pull you into the singalong on subsequent listens.

BUT it’s the second track, “Little Notes”, that has me hitting the repeat button an awkward number of times. Here you’ll hear a little more of that beach-punk sound that started my workplace-appropriate love-affair with Susan. The flipside of the 7″ features a superb cover of “I Held Her in My Arms”, originally by the Violent Femmes.

You better score your own copy of TV Girls on slick red vinyl through San Diego’s Volar Records before they’re all sold out.