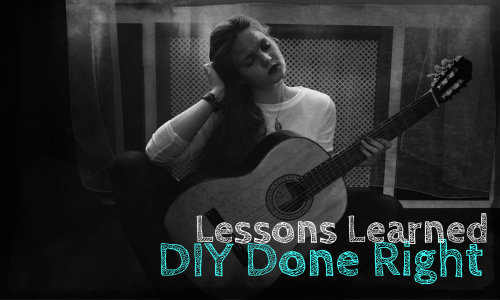 There’s no such thing as “punk time”

If the show is scheduled for 7 PM and the first band still hasn’t started by 9, you can guarantee that the crowd is getting restless. Especially if there isn’t a bar or at least some decent house music to distract them. Not only does this suck for the fans but it’s the worst thing you can do to the headliner who was originally billed for 10 and is now going on after midnight. So if you’re a promoter, don’t wait for the fabled crowd to show up and, if you’re the opening band, maybe you can cut the double encore.

It’s always been “punk” to promote

How often do you hear about a show the day after it happened? Or a fan says “play [insert city]” when you just recently did? There’s a stigma around self-promotion, but it can be done right and is absolutely necessary. It doesn’t mean one Facebook post the day of the show either. Just think of your favorite bands from the last few decades and how their show fliers would be plastered all over the cities. Now in between videos of cute cats, bridge that punk ethos with the infinite possibilities that the internet brings.

This may be the most unpopular opinion on the list. Bands, if you don’t have a following in a city and you’re not willing to hustle to bring people, you are not entitled a big guarantee. I get it, you put in your time practicing and spent money on expensive gear and drove 6 hours on little sleep to play the show… that was your choice.

Build your following first and, when you have proven your demand, you then have a value that you can negotiate. Until then, tour smart. Start regionally and band-work your way out. Most importantly, be grateful when someone in a new market is willing to take a chance on you. Fifty bucks and some drink tickets is a good place to start.

Back to spending time and money on your art. You did everything so meticulously up to the point of release. Then, the big day comes and you’re graced with only a couple likes and a few more streams that may have just been you making sure you uploaded the right tracks.

Whether you say that you’re doing it for yourself or for your adoring fans, the truth is that the minute you put it online it shows that you have some sort of interest in others hearing it. The biggest mistake, in my opinion, is not making new material easy to listen.

If you’re unsigned, you NEED to be using a service like CDbaby or DistroKid to get your music everywhere that people listen to music. Both are cheap (under $50) and take little time to set up. Next, you should have the relevant links and branding on your website and socials. Finally, tell your story. It doesn’t have to be long, but in a few sentences say why should people care as much as you do. Otherwise, why would someone take time out of their day for a “sound that’s hard to describe”.

The web is free AND it’s worldwide

It’s hard to imagine a time where you didn’t have instant access to the answer of every question you could possibly ask. Or the ability to connect instantly to any venue, promoter, or magazine that you could find an email for. We use the internet for everything, but for some reason, we still make excuses for why we can’t book tours or get press. The truth is, you can pay someone to do it or you can do exactly what they’re doing for free if you’re willing to put in a little time on Google. You don’t have to reinvent the wheel either, find out what bands, publicists and booking agencies are doing that seem to work and put your spin on it. You’ll get there with a little trial and error.

At the end of the day, do it yourself is not truly done by yourself. It requires a community that’s willing to offer support as much as they ask for it, attend shows as much as they play them and listen as much as they talk. Never look at it as a competition. Lend a hand, share your experience and we’ll all build each other up together.

Brandon Kellum is the vocalist of the uncoolest noise-punks in Arizona: American Standards. Catch the band January 12th at Pub Rock in Scottsdale, AZ.