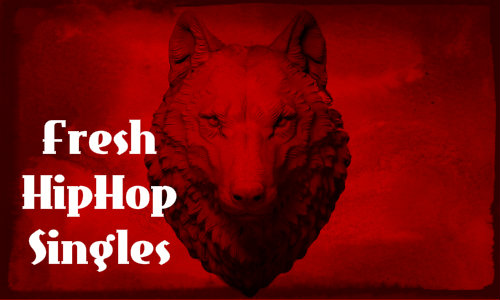 “Return to the Underground”

“Return to the Underground” is the anthemic closing track to Hammerwolf; Blaze Rock’s LP which dropped in November. This uber prolific emcee can lay out rhymes with uncanny ease. Hammerwolf has a lot of gems on the track list, but I’m quite partial to the old school nod to the underground scene that closes out the LP. Check out “Return to the Underground” and I highly recommend delving into the complete album over on Bandcamp. And, don’t forget to toss some support to the artist.

Upcoming producer Adam Snow teamed up with two rappers, Gucci Mane and OMB Peezy, for this new single about rising up from the bottom. The DC-based producer lays a solid foundation for vocal ruminations; given the song style and shape without blustering to centerstage. Give the song a spin below…

Grim Moses doesn’t shy away from some #realtalk on his new EP, Drug Pen. The Phoenix emcee either has a boldly honest approach to songwriting or a questionable background. It might be both. Whatever the reason, Grim Moses deliver some serious narratives on this new EP, but the blustering “Audio Stick-Up” was an early favorite for me. The rhymes showoff Grim Moses’ lyrical style and easygoing hook will definitely stay with you.

This Dutch band is a festival favorite that initially formed at an open jam session back in 2010. Okay, if you’re still with me, The Cool Quest has a fun, fresh sound that blurs indie, funk, hiphop, and a little bit of a lot more. Their new single, “Runnin'”, helps set the tone for the band’s updated sound. If you dig the chill vibe of “Runnin'” like/follow The Cool Quest to stay up-to-date on the band’s forthcoming EP (due out in 2018).

“One of those Nights”

My love of Canadian HipHop started with the Peanuts and Corn, but in recent years I’ve come to understand that is but one fingernail of the rap scene up North. Who knew? Probably more respectable music writers, but the point is, I’m learning new things every day. For example, Toast is an emcee originally from Toronto with a slick lyrical style. His latest single, “One of those Nights”, sets a mellow scene while the lyrics draw you into the narrative.