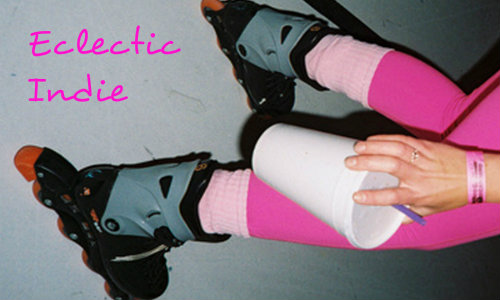 We all had that time when a paper or really important assignment was due, but we just couldn’t gather the gumption to barrel through at the right time. Instead we waited, languishing in procrastination. Maybe you caught up on some Netflix or maybe you just laid on your bed and stared at your ceiling fan for six hours contemplating the value of institutionalized education against the merits of total immersion in life (not that I’m speaking from personal experience). Go back to that feeling. That moment you transcended your anxieties and really wasted an afternoon. That’s exactly what “College Degree” by Elna Rae feels like to me. Like a stolen afternoon, listless and chill.

Prepare yourself for the aural journey that is “Nausea” from L.A.’s Conditioner. There is a vibrant and shifting soundscape that supports the uncomfortable suppositions within the lyrics. Conditioner really hits below the belt with some of their social media slams and the self-annihilating “cult of self-improvement” that pervades our current culture. And, frankly, “The nausea of being a person” is a sentiment I feel most of us in the 21st Century can really, really relate to.

“I Can’t Keep Checking My Phone”

This playful indie pop number pokes fun at phone culture. London-based songwriter Holiday Oscar decided to follow the sage advice of “write what you know” and “I Can’t Keep Checking My Phone” is the result. I must admit, the lyrics hit painfully close to home at moments, but Oscar uses a healthy dose of humor to soften the blow.

The London act known as Mono Club has an orchestral indie sound, but one might suspect as much once you know the band counts six members in its ranks. For their latest single, “Place Called Home” they added one more player, vocalist Lyla Foy. Foy and Mono Club frontman, John Herbert, embarked on both a creative and romantic partnership together and this celebratory single marks the start of their collaborative efforts.

Paris-based duo Sacre emerge from the indie-electro side of the spectrum to help round out this collection of tracks. Sacre incorporates elements of funk and disco to give their new smash some real bounce. For “Stereo”, Sacre sought to capture that moment when you first fall in love. Perhaps that explains the instantly uplifting feeling that takes hold when this track starts playing. The single also features fellow French artist, and rapper, Dopize.