Austin Rickert is a man of many talents.

Known affectionately around town as Ricky Smash, aka Ricky Heylee aka Dirty Dallas, et al., he certainly lives up to his many monikers. For years I’ve witnessed Austin play with many bands (often dressed in nothing more than tutu and suspenders) blowing wigs off of folks during performances with his saxophone — especially when one isn’t enough and he plays two at once!

But wait, there’s more. Because nowadays Ricky fronts his own band called Exxxtra Crispy and they’ve quickly become one of my new Valley favorites. Combining punk rock with Funk Doc, YabYum’s own radio show producer, Devin Morris, dubbed them ‘punkadelic’ which I feel is more than apropos.

I needed to find out more about this Smash sensation so I contacted him to set up the ol’internet chat. Check out our Q&A to find out more about Ricky’s beginnings, what he’s up to currently, and what’s in store for Exxxtra Crispy. I also recommend giving a listen to the Radio Phoenix podcast we did with the band back in September (available here).

YabYum: Are you an AZ native? Where did you grow up and how did you get into music? When did you first get involved with the AZ music scene?

Austin Rickert: Unfortunately, yes, I was born in Arizona. Scottsdale is where I grew up & I began playing saxophone when I was 10. When my mother was a child, dentists told her that she couldn’t play saxophone because they believed that it would ruin her braces. Years later dentists discovered that this wasn’t true & my mother was upset that she had missed out on music. She encouraged me to pick the instrument & I thought it looked cool so I said yes.

I started going to ska & punk shows when I was 15 but I was very late to actually join the rock n roll game myself & I didn’t start joining/starting bands until I bought my first electric guitar at 18. After moving to Tempe & arriving at ASU I met a club of kids named The Underground Foundation & because of those connections I met Clipper Arnold & starting playing rhythm guitar for Red Tank!. Shortly after that I was inspired to write my own songs & start Naked Pizza. From then on it got much more complicated.

You mind if I ask how old you are? It seems some of my first memories of you are from 2013-14 and some those crazy Parliament shows where you seemed right outta (or maybe still in) high school. I mean I think Aaron Ponzo was only 14 at the time so you must be older than that…

I’m about to turn 27 on November 27th of this year. I’m flattered that you thought I was maybe still in high school because we did Parliament right after I graduated from ASU! I feel ancient but apparently the youth serums must be working! Side note: because you mentioned him, I must say that I adore Aaron Ponzo & his style & all of the music he writes & more people should dig on his stuff. 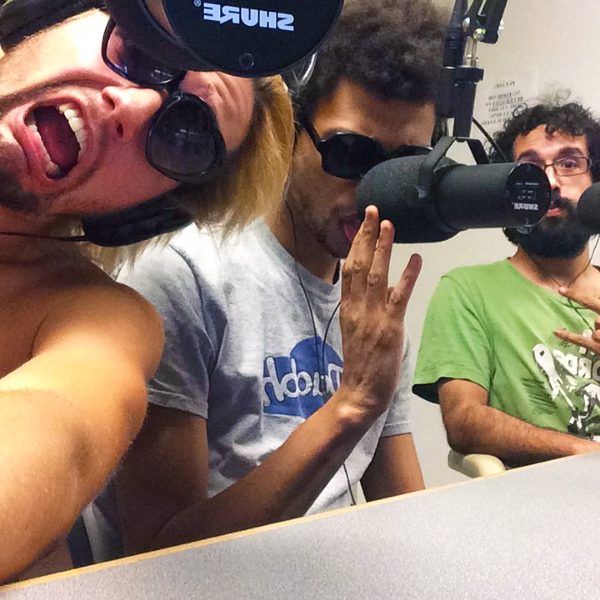 From left, Austin pictured with Dadadoh and The Aquatic Hitchhiker

Are there any influences on you or your sound that you’d care to drop?

Three people showed me things that influenced my art significantly: Derek Sinex who played trumpet at my high school & introduced me to what ska & punk was when he gave me the album Keasbey Nights by Catch 22 for Christmas. Craven Moorehead, the DJ for 103.9 FM who had a late night ska/punk show that expanded my curiosity while I did homework. And my badass high school music teacher Dr. Toby Curtright PhD who taught me the ways of funk & jazz & how to be cool.

Bands that I’ve played with that I can remember:

Speaking of EXXX C, how did this band come together? You taught your girlfriend to play drums just so she could play in it?? Who else is in the band?

Exxxtra Crispy began strangely & quickly. I paint houses with my father for a living. Last summer I showed up to my parents’ house to start work & I found our family dog Freckles dead on the floor. I was overwhelmed with sadness but my father picked up our dog, handed her to my mother & insisted that we had to go to work regardless of what had just happened. He fought with me because I was emotional that day & then he fired me. I drank heavily after that.

My weed dealer gave my girlfriend & I a free pit bull puppy very soon afterwards & we named her Andromeda & I fell in love with the dog immediately. I started writing songs about my frustrations every day while hanging out with my dog until I blew through my savings. That fall I worked at a costume shop for a while. On Halloween night my father & I had some beers & we apologized to each other & he hired me to paint houses with him again.

Once I had enough money I bought my girlfriend Haylee Hughes a drum set for our 7 year anniversary in February of 2017. She has danced her whole life & she is incredible so I had a strong suspicion that her impeccable rhythm would make her a phenomenal drummer. It does. I taught her to play drums & she learned to play music quicker than anyone I’ve ever witnessed.

I recorded the songs that I wrote during my unemployment & we finished our first album in 6 days with our bass player & my best friend Dadadoh at his house in Tempe on a shoestring budget. It feels amazing to make music with your friends. We had our first show at Valley Bar with Djentrification on April 8th because he fux wit us. Since then we’ve been trying to keep it weird.

The current lineup of Exxxtra Crispy is:

So obviously you play the sax (sometimes 2 at once) but I believe you play other instruments as well right? What instrument do you tend to write music on?

Besides saxophone I also play guitar, bass, drums & I can sing. When I write songs I usually start on an acoustic guitar because melody is crucial & I don’t like to hide behind special effects.

Your sense of style (at least when you’re playing shows) has always impressed me as well: Tutus, stockings, and sunglasses come to mind when I picture you playing. Could you inform us of where that comes from? A lot of folx dress “out there” but no one is quite like Ricky Smash…

My style is heavily influenced by punk but honestly I detest consistency so I try to reinvent my look constantly. I make most of my clothes now or thrift or steal stuff. 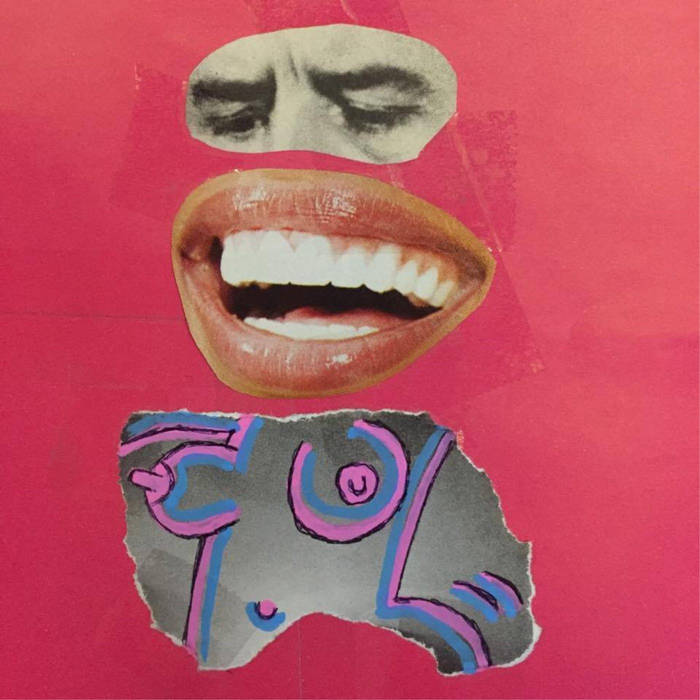 What’s up next for Exxxtra Crispy? New album? Any touring? How about for you yourself? New bands to be in? Playboy Manbaby doing new stuff?

Exxxtra Crispy is currently working on our second album. We’re exploring new genres & instruments which is exciting & rewarding. Our next album should be released by Thanksgiving or Christmas & we have plans to tour California during the summer next year. Playboy Manbaby is also working on a new record that will be coming out soon as well. For now I’m focusing on Exxxtra Crispy & Playboy Manbaby & I won’t be joining new bands any time soon unless someone wants to start a T Pain cover band with me.

Is there anything about you or Extra Crispy that I failed to ask that you would want our audience to know?

The only other thing that you need to know about Exxxtra Crispy is that we are hungry & we are foolish & we want your money.