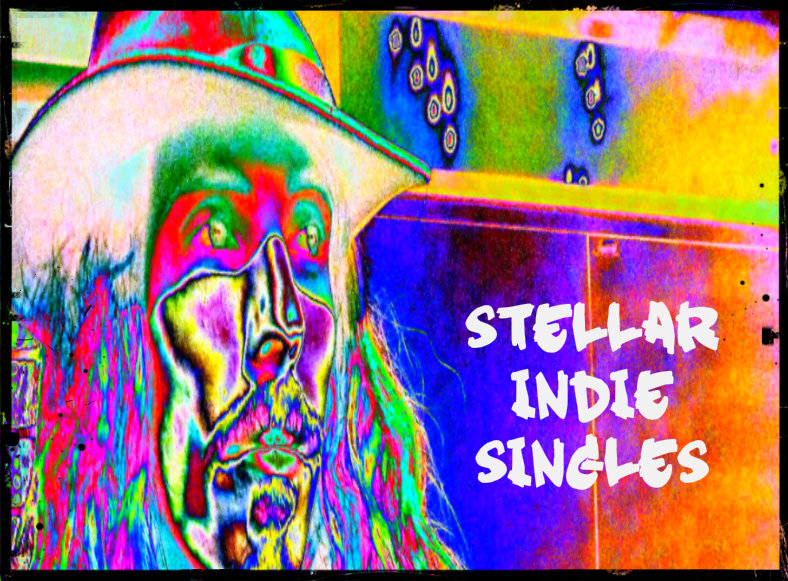 Adam Wall is the songwriting force behind the wily indie rock of Elephant Fire. For his recent recording effort, Wall set off on a six-month spiritual journey into the National Parks of North America and that recharging experience is poured into the 60s psych rock sound of Elephant Fire. This single comes to us from the band’s latest release, Natural Heart, which came out at the end of September. Catch the cosmic vibes of “Come With Me” by Elephant Fire…

The new single from London’s Wooden Arms has an otherworldly quality that will transport the listener to transcendental realms of color and light. Yep, “Encrypted” does all that. Breathtaking indie folk orchestrations of strings and percussions are interwoven with nebulous vocal layers. This single comes to us from Trick of the Light; the new LP from Wooden Arms which dropped Oct. 6th. Sink into “Encrypted” below or head here to score your own copy of the new album.

This powerful indie-pop anthem harnessing the emotional energy of a serious breakup. Not a pint-of-ice-cream breakup… a shave-your-head, drive-around-for-three-days-trying-to-regain-your-sense-of-self kind of breakup. ANML takes the hurt and makes the pain purifying in “It’s Over”. Released in October for National Domestic Violence Month along with this interview-style video, “It’s Over” is more than song with a moving message; it is a call to action. Check out the video below or head here to score your own copy of the single from ANML.

I’ve been pretty high stress this year and I don’t think I’m alone in this. Suburban Birds just might have the answer to those frazzled feels with their new single, “Out of Control”. Despite their SLC citizen status, these Birds definitely have a SoCal beach vibe that will mellow you out while the slow lyrical shift offers a gentle reminder to handle your scandal. “Out of Control” comes to us from Suburban Birds’ recently released debut LP, Lituya Bay (available here).

The music of producer Vian Izak has a vivid storytelling element and the artist is ever-seeking new multimedia approaches to presenting that music so I guess those two factors are what come together to bring you the experience that is Vian Izak. His latest endeavor finds him in partnership with illustrator Hein Zaayman. The two are creating a comic book to be released in six installments in conjunction with two new songs from Vian Izak and exclusively available to Spotify users. Don’t worry, you can check out the WWII-inspired number, “The London Air Raids”, from Vian Izak… even without the Spotify membership. But, interested parties should check out the comic book project from Vian Izak and Hein Zaayman: I Want the Bombs to Fade Away: Comic Book + Indie Pop Collaboration with Spotify.