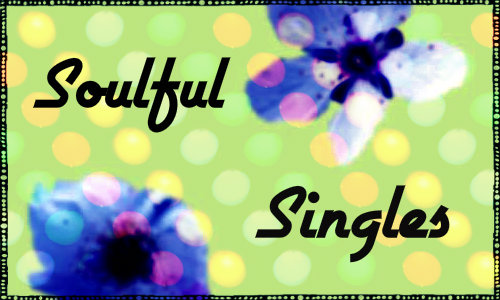 Jeremy Jones, who performs under the moniker J.W.J., started his musical career back in his Indiana hometown playing viola and violin at church and school. But as he grew older, Jones expanded his musical horizons and began “listening to everything from pop and hiphop to experimental rock and house.” J.W.J. now calls Los Angeles home and that melding of musical styles seeps into his own creative endeavors. “Ways To Go” combines elements of indie-electro and jazz for a Contemporary R&B sound that will have you feeling mellow as you reach for the repeat button.

Cautious Clay came out swinging with his debut single, “Cold War”, and now he’s back with another chill jam. Rich layers of sound and uplifting energy supports Cautious Clay’s weathered vocals on “Joshua Tree”. The single proves a melting pot of various styles, from soul to electro-pop, but the result is seamlessly fluid. “Joshua Tree” is a love song for those that are anti-love song: same enchanting atmosphere and none of the sappy sentiment.

Titus Makin will have you missing those listless summer afternoons with his new single, “Good Love”. Makin mixes soul and pop for a catchy, feel good number that features the lithe vocal stylings of Megan Tibbits. The songwriter drew inspiration from his parents’ own love affair and that’s the sweetest thing I’ve heard all day. Titus Makin is originally from sunny Sierra Vista [AZ] but he now calls Los Angeles home. Word has it, Makin is currently at work on his second EP (due out next year) so, until then, spend some time with “Good Love”.

The musical group from Norway known as The band called Oh launched quite an ambitious recording endeavor this year. Yes, Guerrilla Gardening is a 22-track album and The band called Oh released two tracks every week (for more than two months) until they reached their grand total. “Had To” is lucky number 14 of 22. The band pairs slouchy (but still slick) vocals with a modge podge sound of soul and (stripped down) rock.

As I sit here writing this, I’m facing Thanksgiving Eve and all the woes the morrow will bring. There’s nothing quite like a family holiday to really highlight the ongoing tensions in this country between those that support fascism (unknowingly or otherwise) and those of us that don’t. Leave it to Canada to come through with this track from Beatchild & The Slakadeliqs. Featuring the talents of fellow Canadian, Justin Nozuka, “The Only Difference” reminds us to chill out and maybe take a step back. I might not have been able to share this one before Thanksgiving, but we have more holidays heading our way…