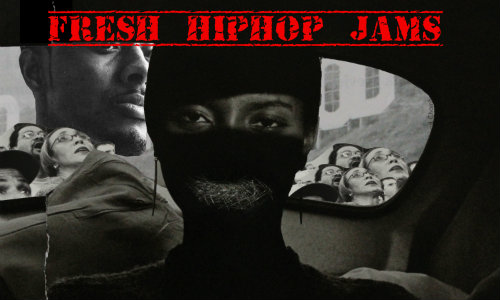 “When the Drugs Don’t Work”

L.A.’s Sidizen King combines elements of HipHop and electronica for a chill 21st Century sound. For his latest single, Sidizen King turns inward to examine modern relationship complications… like why isn’t this person answering my text messages when I can see from their Instagram that they have a working phone in their possession. The struggle is real. Check out “When the Drugs Don’t Work” from Sidizen King below…

Anthony Alexander pens songs under the moniker Airospace. The D.C.-based emcee released “Dusk” over the summer on his full-length album, Nocturne. The mellow atompshere on Airospace’s new single initially hooked me, but it was his pensive approach to lyrics that really held my interest. The artist himself termed his genre “sad hop” which really says it all about his chosen place within the larger sphere of HipHop. Give “Dusk” a spin below and then make sure to check out Nocturnehere in its entirety .

I suppose, technically, this isn’t a single, but sometimes when a project breaks the mold you have to bend the rules. Nomad, the AZ-based HipHop collective, started a new music series wherein they upload new tracks a few times a week that touch upon current events. Think of it as a HipHop LiveJournal… but with better production skills. Listen to Daily Briefs might sound a bit mundane, but it’s anything else. Moments of anger, love, confusion, and a host of other emotions enter the daily musings that appear on this collection. Make sure you follow/like so you can keep up to date on the Daily Briefs from Nomad. More are coming.

This fresh new single from Tota has a stripped down style but packs political punch. And, it’s the powerful mix of vocalists that carry in that unexpected left hook. Both the rhyme styles and the varied voices in that join in the chorus are matched parts frustration and resignation. More than just the words on “Idiocy”, it is the tone of their delivery that hits hardest. Check out “Idiocy” from Tota, featuring Auston Rose, available through GoodCompenny Records…