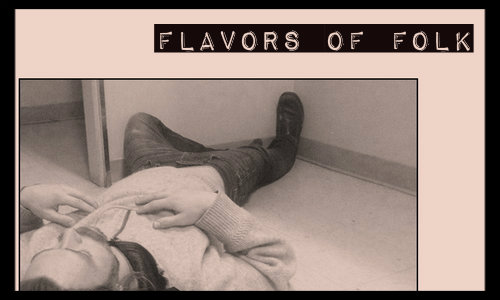 Jeremy Tuplin released the song “Astronaut” in prelude to his latest album, I Dreamt I Was An Astronaut, which came out on Sept. 29th. Tuplin’s melancholy voice anchors the listener while the underlying instrumentation provides a sense of drifting. Combining synth elements and powerful percussion for a unique nu-folk sound, “Astronaut” feels somewhat like a lucid dream as you float through it. Check out the single from Jeremy Tuplin below or head here to score the complete LP, I Dreamt I Was An Astronaut.

The lofi indie folk of John Thumb (aka John Moran) has a downhome feel; both lively and tempered in the same breath. “Footsteps” could easily find audience on any front porch or town square. The songwriting of John Thumb is earthy and approachable like that cedar-smelling quilt your grandma made all those years ago. And, yes, the implied nostalgia is also very much present in the Americana-tinged music of John Thumb.  “Footsteps” is a charmer so take the song for a spin below…

This folk duo from Norway creates a sparse soundscape while tender vocals up the emotional charge on their new single, “Trees”. Tuvaband released “Trees” in prelude to their new EP, Mess, which is due out this November through Brilliance Records. There’s an angst to the vocal layers that is well matched to the low-key instrumental supporting the song. These two elements in juxtaposition craft the compelling narrative found on “Trees”. Check out the single from Tuvaband below and keep your eyes (ears) open for the duo’s forthcoming EP this month.

British-born folk musician Marti West moved to Göteborg, Sweden after gaining inspiration from “the textured, melancholic world of artists like Dustin Tebbutt and Novo Amor”. The landscapes of his new northern home were the pool from which Marti West’s new single (and new album) emerged. Stark in vision, but richly textured, “Under the Weight” is simultaneously uplifting and burdened with thought. It pairs perfectly with hot tea and cold evening hours. Check out “Under the Weight” by Marti West below or head here to add the track to your personal collection.

This folk-rock act from Milwaukee offered up “Riding Down” as a little sample for listeners before the Oct. 20th release of the band’s new LP, But I’ve Seen The Stars. “Riding Down” has a roots rock feel from the bluesy vocals to the aching harmonica that’s a little more Memphis than Detroit despite the band’s Wisco origin. The band went into the studio in Los Angeles to record this ditty at United Recording in a quick 30-minute-session. I think that approach might have helped the off-the-cuff feel of “Riding Down”. You can decide for yourself below. Or, head here to procure your own digi-download of But I’ve Seen The Stars.