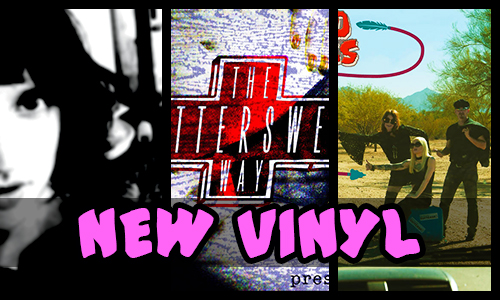 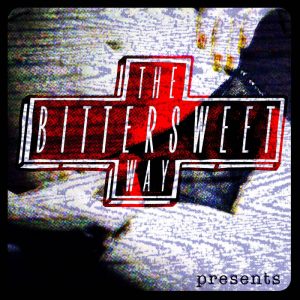 This might be the sexiest physical release I’ve seen in sometime. Yes, I’m talking about  The Bittersweet Way’s brand new release, Presents; a blue flexi disc entombed in a hand-assembled zine. Just like a proper 45 RPM, it contains the band’s first two singles and that’s it. Sure, the rest of the album can be found digitally, but trust me, you’re going to want a physical copy. Marking the 20th Anniversary of the band, I find Presents to be some of the best output by The Bittersweet Way yet. And, when you account for the 20 years the band’s been around, that’s saying something.

With songs written by Jed Foster and arranged/performed by bandmates Jess Pruit and Ehren Stonner, Presents is a powerful album dealing with complex emotion. Essentially, it’s perfect for the holiday season. The zine is filled with a very personal bio, lyrics, and some great write-ups by local legends Serene Dominic, Dan Gibson, Mitchell Hillman, and Ed Masley. With it’s beautiful packaging by Quinn Murphy of Hamster Labs [ahem, an illustrious YabYum sponsor], you’re going to want to snag a physical copy of the release for that special someone this season. 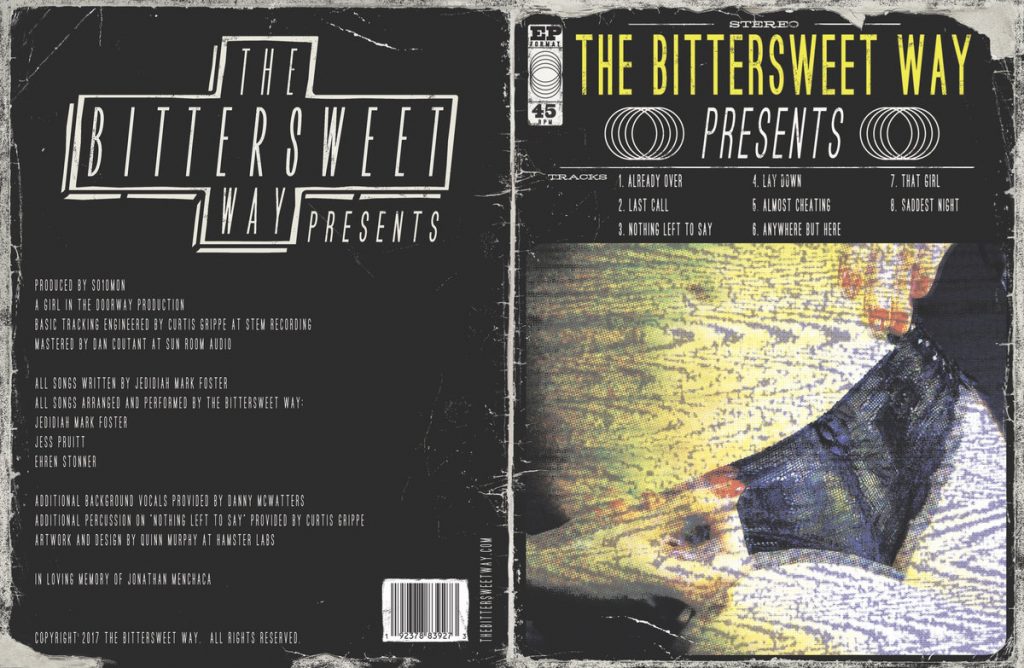 The outside looks like an old pulp magazine courtesy of Hamster Labs. 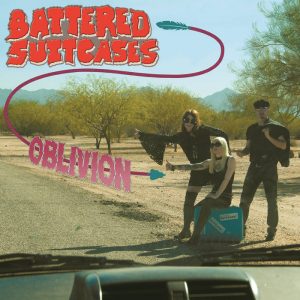 After rocking the scene for quite a few years now, fans can finally get their hands on the first proper LP release from Battered Suitcases: Oblivion. On it, you’ll find a sound that is quintessnetial Battered Suitcases: the raw bite of punk, the hazy tones of garage, and a heavy pinch of idealogy borrowed from the Beats and early 70s metal.

Sharon Case is the mastermind behind the Battered Suitcases providing plenty of lyrics, poetry, and thunderous bass. Joining her are cohorts Jess Case on blistering drums/backing vocals and Frankie Case on pure rollicking guitar. From opener “Normal” to the title track, on through to the final song “I Am Nothing” – with everything in between – this album rocks your socks off. Released by Dead Beat Records on delicious red vinyl, it’s limited to 100 pressings AND every order of the record comes with a free Battered Suitcases button! Folx both bad and good will love this LP so put it on both your lists. 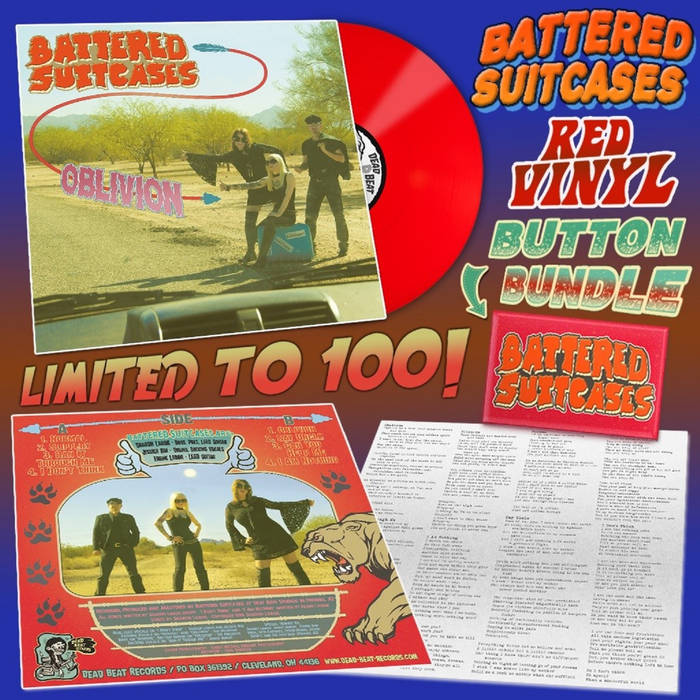 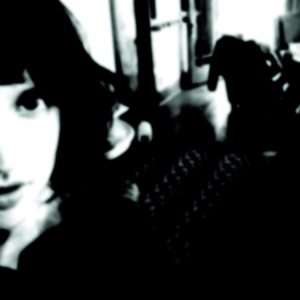 “Human Condition” b/w “Tell Me Something” 7”

Marking their first appearance in vinyl format, Jade Helm is just one of the current projects led by Jackie Cruz. More post punk/alternative than her other mainstay, Man Hands, this band allows the songstress to explore wider sonic experimentation while still keeping things pretty punkrawk. Although Jade Helm has been playing around town for a few years now, this is their first proper release and we can thank Gilgongo Records for that. “Human Condition”, a two-and-a-half minute shoegazey rocker contemplating the unknown is paired with “Tell Me Something.” Featuring driving rhythm and loose guitar. It begs the ultimate ultimatum from what appears to be a former lover, “Tell me something I don’t know”.

Joining Jackie are a bevy of heavy hitters including Matt Dobbins (Rumspringer, Detached Objects) on bass, Danny Levie (The Lunchbox venue) on drums, and marking his first time playing in a group, Alex Aguilar on additional guitar. Don’t be a ding-dong, order Jade Helm’s new 7″ through Gilgongo Records here.