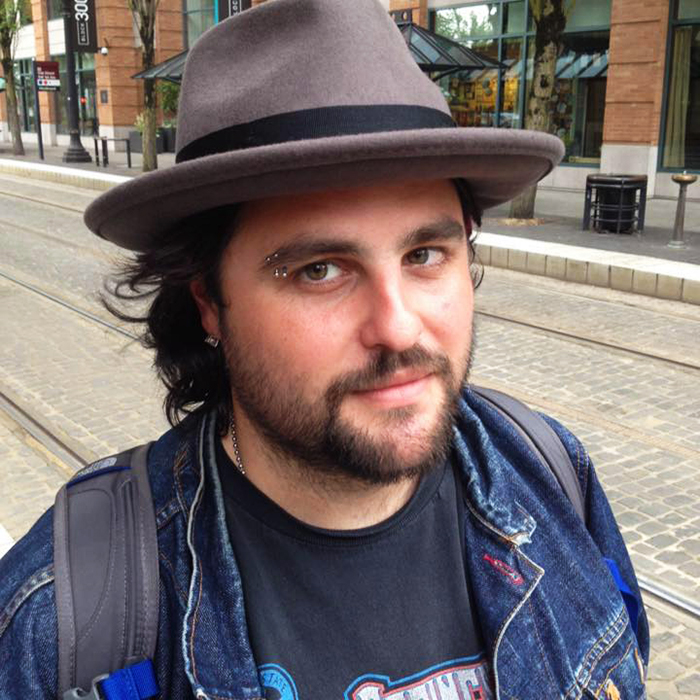 All photos courtesy of Jeff Schaer-Moses

I’m Jeff Schaer-Moses and I consider myself to be an all-around music person. I am most well known for being a music writer and photographer, as well as a promoter. But I have also worked in public relations and managed bands, produced records, slung merch, tour managed, and everything in between for the bands, artists, and projects I believe in. I’ve also been known to step on stage and perform as my poetry/comedy alter ego Untouchable Jay and even DJ once in a blue moon as The World Famous DJ Fresh Hoffa.

That is a question with many answers for me. As a concert promoter and organizer, I can trace my beginnings back to watching my late mother Anita Schaer organize PTA events when I was just a jit in grade school. She left me with a lot of the necessary skills to organize some of my biggest events like It Get’s Weirdfest and Sharefire Music Festival.

But in a more practical and tangible sense, it was my collaborations with Alan Beveridge on Mesa Legendfest at Mesa Community College and my work with Joe “Dagger Pan” Sawinski on For Us Presents, The Firehouse of Punk Rock, and Weirdfest that really got me going in the Phoenix music scene as a promoter. 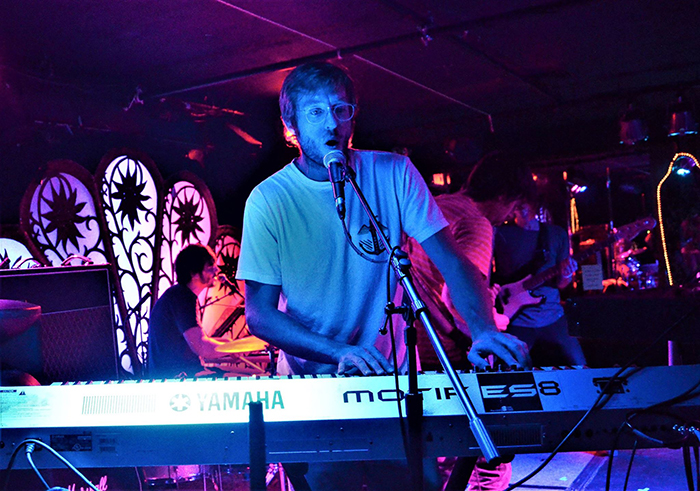 My passion for music journalism got started by working for the Mesa Community College school paper, The Mesa Legend. When I first started with them I was a sports writer and later Sports Editor. While working for them I realized I could use my newspaper credential to cover big concerts that I was interested in. So that March, I decided to cover the annual Flogging Molly show at Tempe Beach Park. I really enjoyed covering the concert, so much so that I decided to ask my editor-in-chief, Phoenix music photographer Ben Garcia, if he would move me to Features Editor in the fall semester so I could try out writing some news from a different perspective than sports. Later that summer, I went to the 10-year anniversary of Bonnaroo Music and Arts Festival and my fate was sealed. I knew from the first band I saw, Sleigh Bells, that I wanted to be involved in the music industry for the rest of my life.

As a “performance artist,” (and I use quotations because I feel a little silly calling myself that), I can thank the great Phoenix artists Joanna and Michael 23 and a large chunk of The Firehouse family for helping me gain the confidence to get on stage and get a little silly.

From all the different platforms for performance that were offered at The Firehouse, like Organic Poetry, Firestage, Comedy on Fire, First Friday Night Live and the rest of them, to the wildly encouraging atmosphere that that little orange spaceship bred, I feel confident in saying I would never have gotten on stage to perform if it hadn’t been for the best damn DIY production crew in the history of mankind, The Firehouse Crew.

I’d also be remiss if I didn’t throw in shout outs to Jennifer Michalson, Ting Ting Phx, Aaron Johnson, The Hourglass Cats, Jack Mullins, Ben Leatherman, John Guzzon, and Matt Spastic. They are certainly not the only people who helped me along the way or even just to get started but without any one of them this whole thing could have easily been over before it began. 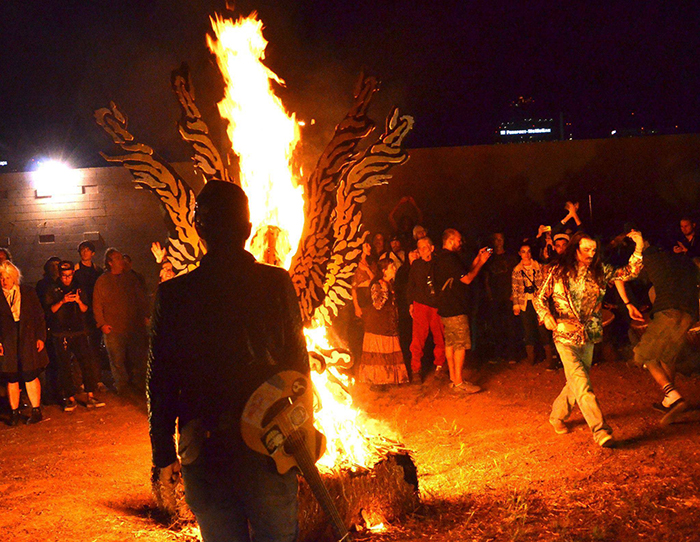 My own musical network inspires me daily. Whether it’s my favorite band in the world, Small Leaks Sink Ships, signing to Lefse Records and touring nationally, or the homie Mega Ran playing bigger and better shows every time I see him in New York City, having the privilege of knowing and watching these fabulous artists get closer to fulfilling their true potential is awe-inspiring to me.

Groups that I wrote on back in Phoenix during their house show days like Injury Reserve and Spafford are now coming to New York City to play premier venues and it’s really one of the most life-affirming things that has ever happened to me. It speaks to me and inspires me to continue finding acts that I think are great and giving them all the exposure I possibly can in hope that one day I will get to sit back and say “I knew them when … ” 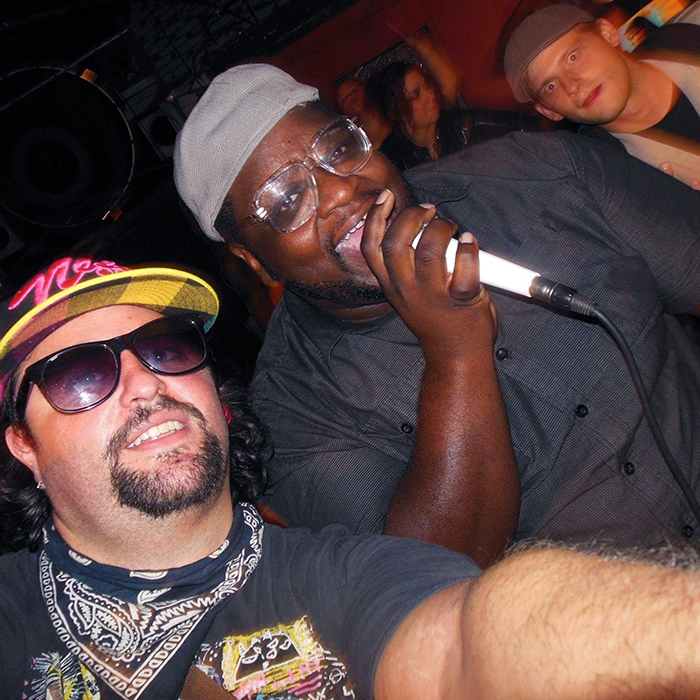 I’ve always loved the way Arizona lets its artists experiment. Some of the weirdest music and art projects I have ever encountered in my life I found in Arizona. Whether it was Ryan Avery and Fathers Day, satanic pop band B4Skin, Ashley Naftule and his off the wall theater productions at Space 55, or First Friday Night Live at The Firehouse, Arizona always seemed very welcoming to good ideas even if they are being executed by complete amateurs.

One of the biggest and most fun projects I ever got to be a part of was Rocky Horror at The Firehouse. The reason it was so much fun was that a bunch of misfits and outcasts got together to sing karaoke onstage with DIY set pieces, costumes, and props, and we got to feel like the biggest thing going in the arts district for a week, popping up in the Arizona Republic, Phoenix New Times, right here at YabYum, and a handful of other blogs and publications. It was the kind of thing that could really only happen in Phoenix because anywhere else would have wanted more nuance, more theater, and more production value. But what Phoenix was able to see in that production that other cities might have overlooked was that production’s heart and soul and its true message: you don’t got to be classically trained or critically acclaimed to be a real artist. 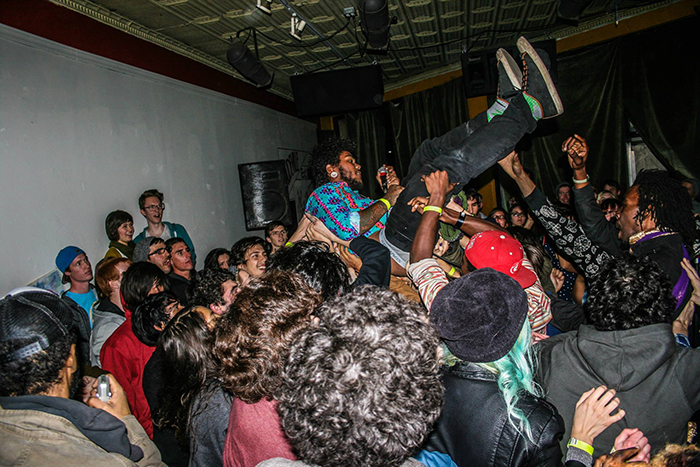 First and foremost you can see me at my best on Oct. 19, show-running at Yucca Tap Room for DJ Scapegoat and Mazel Toast Presents The Big Fant. We’ve got Scorpion Vs. Tarantula, Skull Drug, B4Skin, Black One, The Redemptions, Andy Warpigs, Shining Soul, and Scapegoat all under one roof starting at 6:00 PM.

My most up-to-date stories are available online at rBeatz.com and DyingScene.com, as well as in the hardcopy issues of Pages Per Content. My writing can also be found in the archives of the Phoenix New Times Music Section, ModernTimesMagazine.com, and Flowersinagun.com, as well as one byline in AZCentral which I am particularly proud of.

My photographs can be found in all of those publications as well as on my Facebook photo gallery Jeff Schaer-Moses Photography and my personal Instagram account @TnecksJeffMoses. 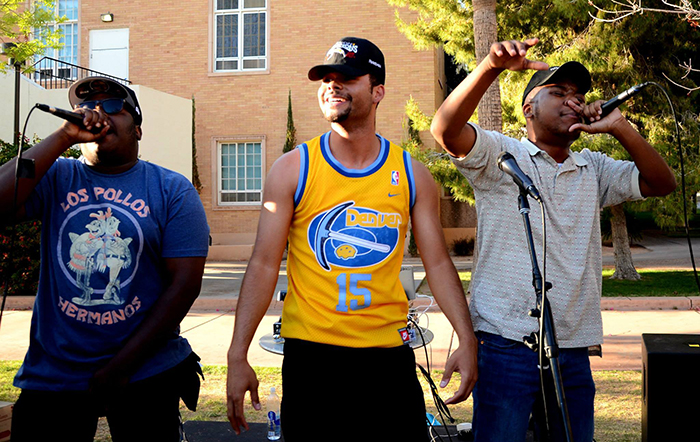 Before I can check out for good, one of the things I would really like to accomplish is a byline or photo credit in Rolling Stone. I’d like to book the so-far-elusive-to-me Playboy Manbaby for a concert, I’d like to write a memoir of my life and career in the music industry, and of course to see Small Leaks Sink Ships headline every major festival in the country.

“Just because you are one man and they are many doesn’t mean they are right.” -Jeff Schaer-Moses 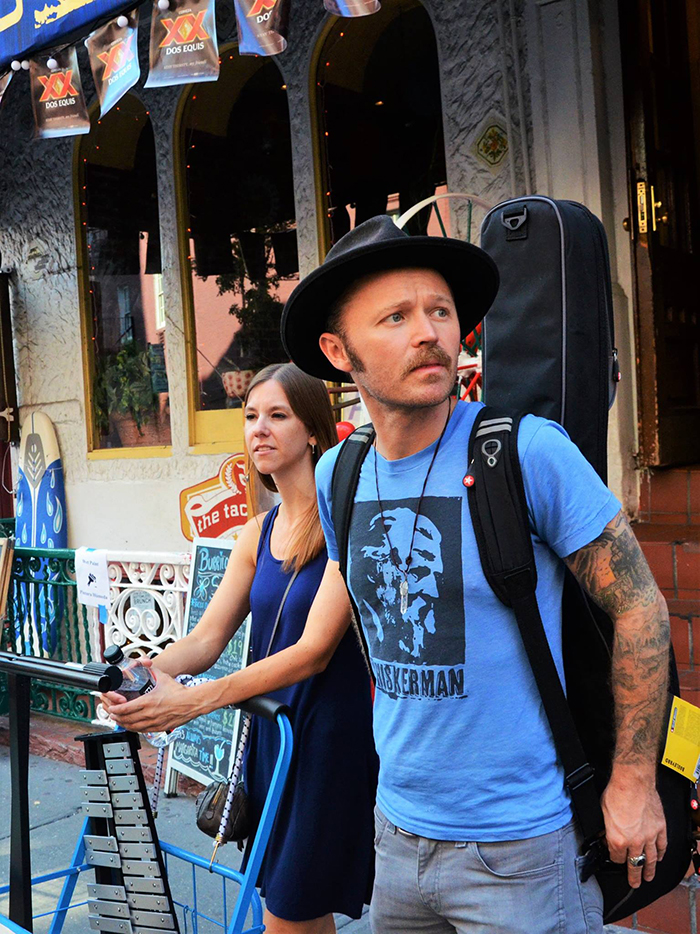 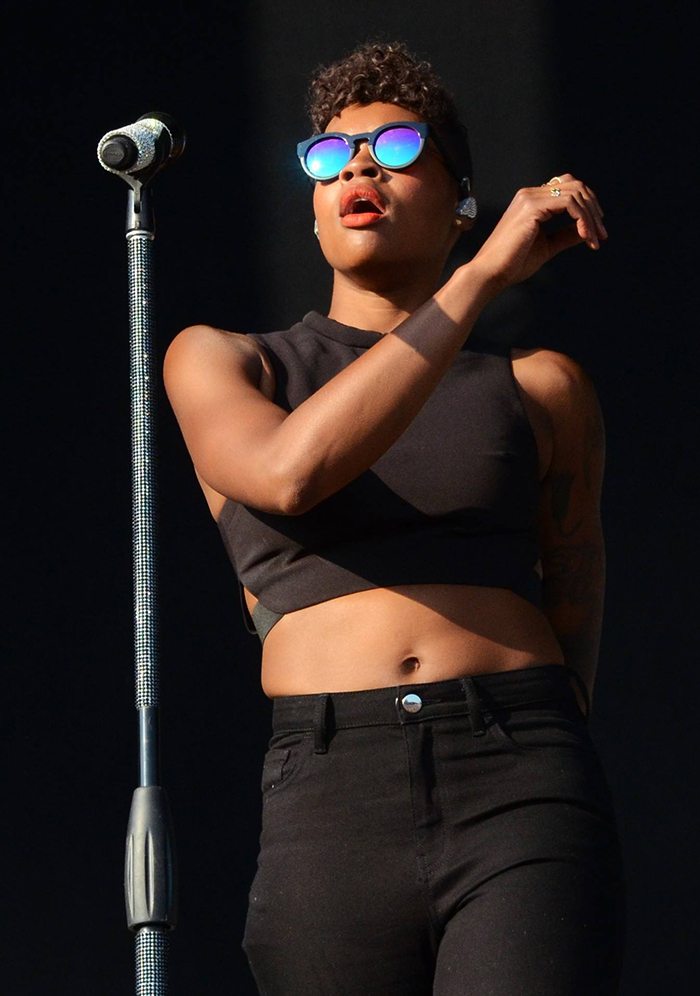 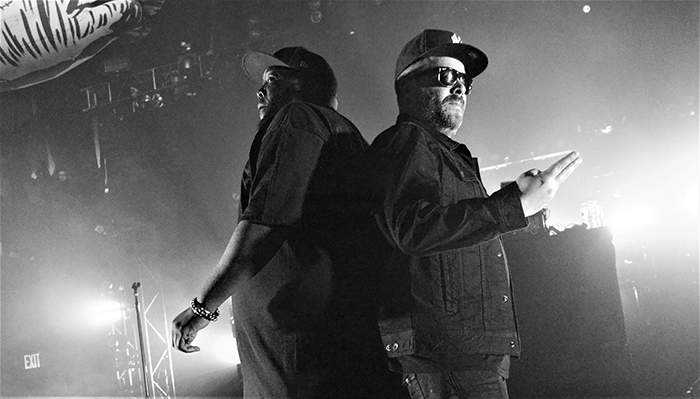 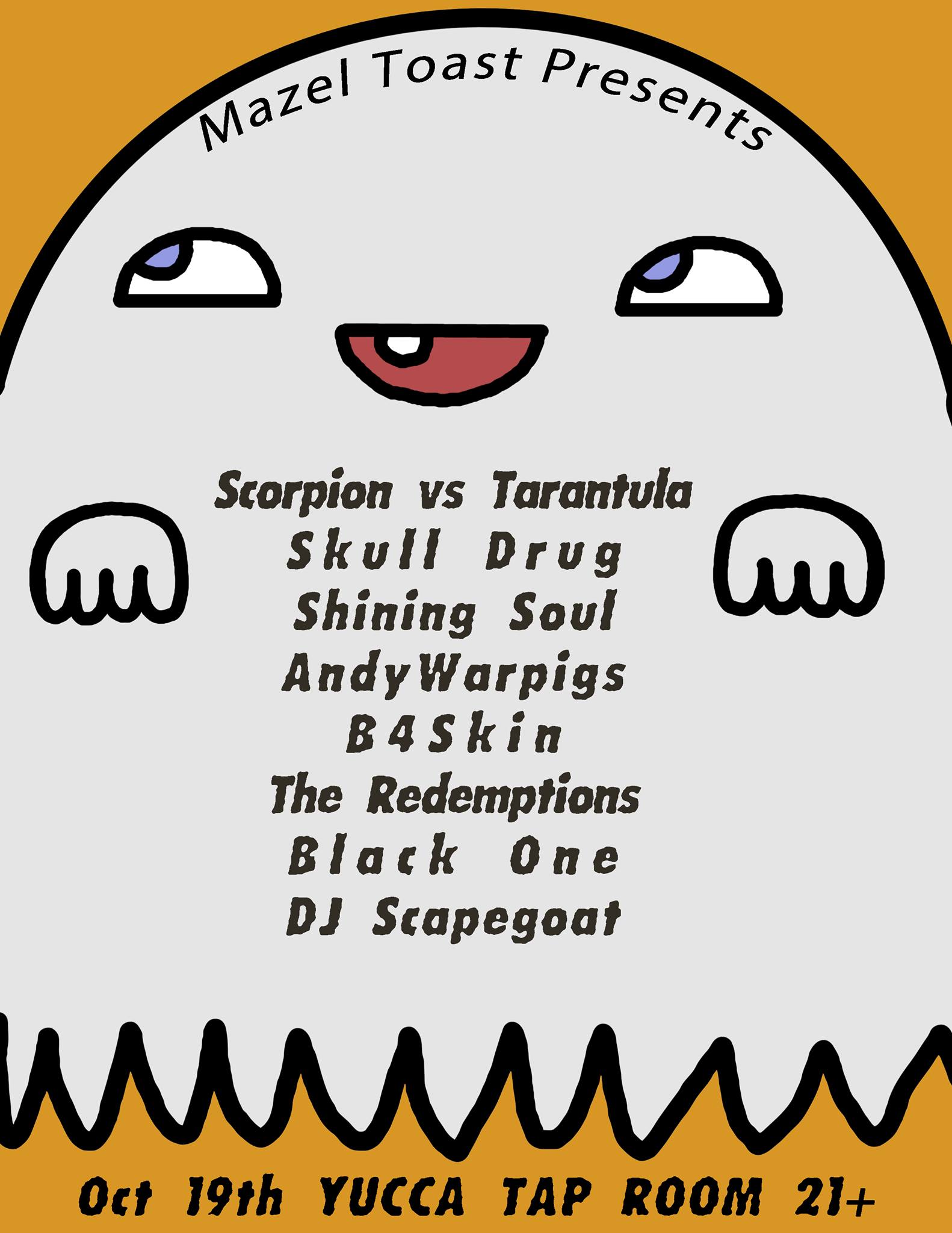