To me, it’s obvious why the new MRCH album, Reactions, is being released in October: their brand of otherworldly pop completely encapsulates the season.

Reactions is a tremendous step for the band. Not only is it their first full length LP, I feel it best states what the MRCH sound is all about: a brooding curiosity, harmed by the past and therefore cautious, yet still looking forward towards brighter possibilities.

Mickey and Jesse, the married duo behind the MRCH sound, combine guitar and synths with both acoustic drums and electronic pads for a full on indie dance party so that’s what you should expect this weekend when Reactions is released on October 14 at Valley Bar.

And, in my opinion, Reactions is definitely the musical duo’s best album yet as the band keeps solidifying their sound with each new recording. I had the chance to chat with MRCH about the upcoming album, the duo’s influences, and what’s coming up for these musical darlings of the PHX scene. You can read the full interview below…

YabYum: I think this is your best sounding album yet and I was surprised (and pleased) to discover you guys wrote, recorded, produced and mixed the album all on your own with only some of the vocals recorded at FiveThirteen Recording! Have you been busy honing in your production skills over the last year since your last release? It sounds like it!

MRCH: Thanks! That’s super kind of you to say. We did undertake the full responsibility of production on the album! We’d done it with some singles before and (maybe naively) felt up to the challenge of a full-length… we’re glad we didn’t realize how hard it would be when we started, ’cause it was tough, but still a great experience. We’re still learning so much, and we’re our own harshest critics… but we’re stoked that we’ve been able to see progress along the way!

I feel this album has an all around darker tone than your previous releases — not only in the way the songs sound, but in the track names and lyrical content as well. Am I projecting my own inner demons over your music here or was this done intentionally?

These songs were written over the last year, and this year has been a rollercoaster! Lots of hard stuff that leads to a darker tone at times, but there’s still a mix of redemptive hopeful lyrics intermingled. Reactions is a depiction of processing through several seasons and all the emotions tied up in that.

I believe there are less acoustic drum tones on this album than on your previous release, I Love You, but You Don’t Know What You’re Talking About. Did you guys program all the drum parts this time and does Jesse recreate them live or is this still all live drumming just being played through an electronic kit? They sound great!

There are more sequenced drums as well as electronic tones via triggers on an acoustic kit for shows. We like to have both, because we love the tone capabilities within the electronic world, but we still want that organic nature of a drum kit on stage. 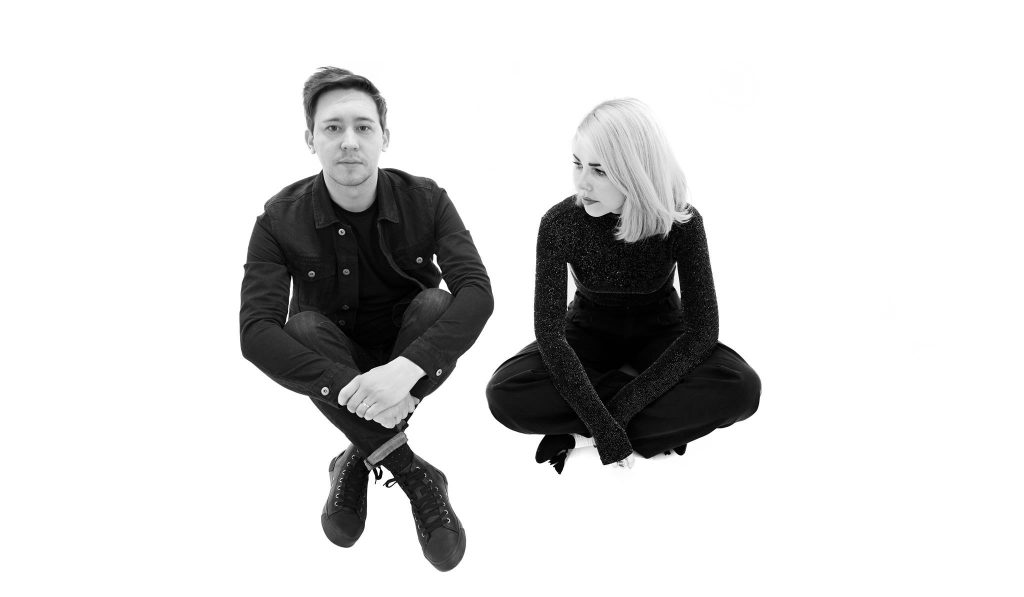 Could you provide some background to the album title, Reactions?

The record is lyrically a combination of personal experiences and observations of others – and my reactions to them. Not always graceful, right or good… sometimes cynical, sometimes hopeful. It’s about stepping back and being aware of my responses to the situations at hand… Hopefully growing and learning in the process.

Also, amazing photo for the front cover, who took it?

And is that the Orpheum??

Yes! David Cruse and the staff at Orpheum are so supportive of the local music scene. They were so kind to oblige us barging in for an afternoon shoot.

Could you tell us about Reactions release show happening at Valley Bar?

When is it and who are you playing with?

On October 14, 2017 at 8:30 PM DJ Mitch Freedom will kick off the night with some amazing mood setting tunes, then noise musician Hex Marrow will play a synth-laden instrumental set, we’ll be up after that with all the new songs and some special surprises, and capping off the night with the best post-punky-dance tracks is DJ Claire Slattery. Lots of music!

Are you guys fans of the show Twin Peaks? It feels like many of these songs would fit perfectly in that world… is this a weird thing to ask?

Well, thanks for that compliment! Actually, side note: As we began writing we were thinking of a comment we hear often (that we’re kind of pop but kind of dark). We weren’t sure how to express that, but then we came across this article about a band we dig called Glass Candy. They’re under the Italians do it Better umbrella with Chromatics (whom we adore as well – and is as Twin Peaks certified as they come). Anyways, in the article the author said that Glass Candy’s music “spooked the dancefloor”. We loved that phrasing. We felt encapsulated so much of our sound too – So we ran with that idea as we worked on the record. (Sorry, that was a looooong story to simply say: Yeah, we like Twin Peaks.)

[More to the point, here is their cover of the classic David Lynch/Julee Cruise/Angelo Badalamenti song “Falling”, the opening credit’s theme they released back in March of this year.]

Is there anything about MRCH or Reactions you would want our audience to know that I failed to ask?

That about covers it we think! One thing is that everybody gets a copy of Reactions with purchase of an album release show ticket! So, you should definitely make it out!!!

For more info check out the MRCH ‘Reactions’ Album Release Party at Valley Bar Facebook event page or their website. 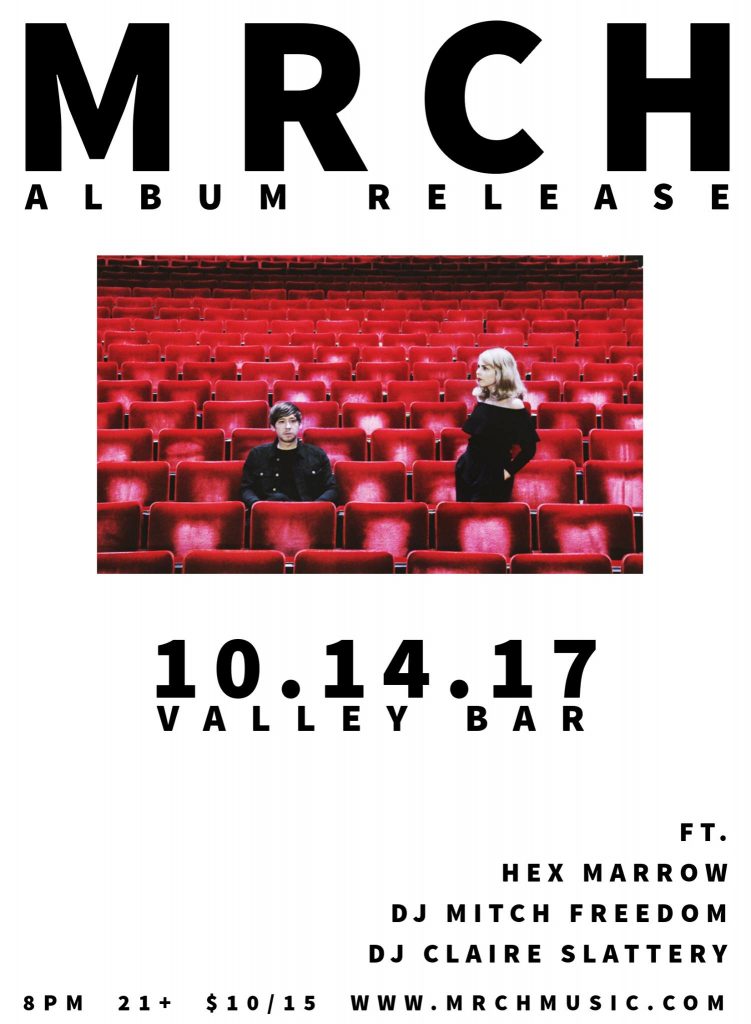