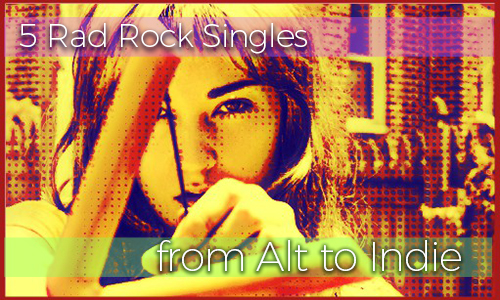 If you’re a regular reader, then you probably already know I’m quite vocal for the music of Lauren Ruth Ward. And, if you’re not, then you’ve been missing out BIG TIME. The L.A. transplant has a voice that will break your heart, but she has no problem amping it up to unleash the fury of seven hells. “Well, Hell” falls somewhere in between the two. LRW kicks up the energy for a single that’s aggressive, confessional, and (most importantly) fun. It’s a complex combination, but as Ward says in the song, “I have a lot to say,” and she’s ready to pour it out into her music. And we’re listening. Check out “Well, Hell” below…

“Did You Wake Up All Alone”

The first rockstars I was ever party to requesting an autograph from were Mark and Lawrence Zubia of Pistoleros fame. True story. Right in front of Long Wong’s (on Mill) when I was still not quite old enough to make it through the front doors. So, I was pretty stoked to see the Tempe rockers were getting ready to release a brand-spanking-new album later this month. “Did You Wake Up All Alone” is a little taste of what’s to come with a BIG sound. For a band that helped define the “Tempe Sound”, they certainly know how to throw down. From Lawrence’s gravelly voice to the wall of guitars that could fill a bar or an arena with equal force, this new single will delight Pistoleros’ fans new and old alike. Check out the new track and then head here for more information about the release show for the band’s new album, Silver.

The alt-rock duo known as Broken Bellows combines the talents of Cory Brent and Will Prinzi who joined forces while both were members of the pop-punk band, Reckless Serenade. Never underestimate the musical bonding power of extended time in a tour van, right? Some of those pop-punk elements might have spilled over into the band’s sound. Broken Bellows released their debut record in August through Phoenix’s Fervor Records and, along with it, their single, “Misery”. The song starts in a mellow mood before turning up the energy. Way up. The track oscillates between these two modes to the very end: pensive and calm to amped and aggressive. Love does strange things to a person. Check out “Misery” below or head over to Spotify to check out the complete debut EP from Broken Bells.

The Phoenix trio known as The Bittersweet Way is gearing up to release their new album, Presents, next month and they dropped this fresh single as an early sampling of what’s to come. “Already Over” offers up the hazy alt-rock stylings that has helped define the Bittersweet sound even though the track kicks off with some playful indie-electro permutations in the soundscape that carry through the track as it descends into some shoegaze-y heaviness on the textural end.  Definitely give “Already Over” from The Bittersweet Way a listen below and join us in the wait for the November release of Presents (just in time for the holidays).

Baton Rouge-based singer-songwriter Matthew Schwartz performs under the moniker Pacifico (and without all the hyphens). The indie-rock artist released “Go Alone” a couple weeks back in prelude to Pacifico’s forthcoming album, Everest, which comes out later this month. The new single has a radio-ready sound that can easily get tangled in the workings of your brain and stuck on repeat for days. Consider that your warning. Thankfully, given its catchiness, “Go Alone” has a positive message of perseverance so maybe it’s a good song to get trapped in your head. Listen to the single below or head here to check out the lyric video for “Go Alone” from Pacifico. And don’t forget to watch for Everest from Pacifico which drops on October 20th!