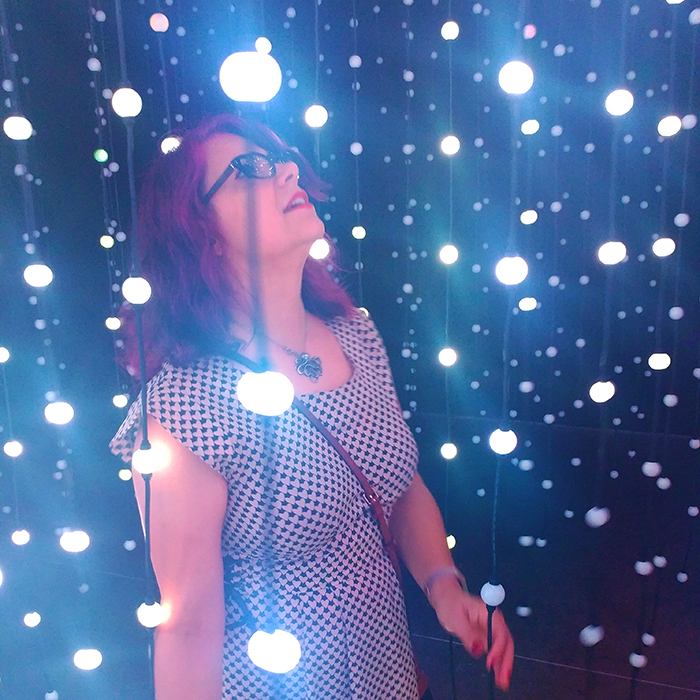 Dana Stern might be a familiar face from her role with post-modern punk-rockers JJCnV, but in addition to being a badass musician, she’s also a vegan baker, occasional DJ, karoake queen, and local tastemaker. With that last bit in mind, we asked Dana to take part in our Tastemaker’s Ten series and share 10 songs she thinks everyone ought to hear.

Check out Dana’s picks and then head out next week to catch JJCnV live at the Palo Verde Lounge where the band will be celebrating the release of their next album, Mono or Mono, along with Scorpion vs. Tarantula and The 16 Eyes on Saturday, September 30th. More info on that event here!

Pulp
“This is Hardcore”

The complete melodrama of this song gets me every time. Pairs well with a cocktail. Dancy or dramatic, I love Pulp.

The Undertones
“You’ve Got My Number, Why Don’t You Use It”

I’ve been listening to this song for more years than I care to say and I never get tired of it. That guitar, those vocals… near perfection.

It’s a tie between this and “Opened”. Thanks for the Sophie’s Choice scenario, YabYum.

…with a beat you can dance to!

Mclusky
“To Hell with Good Intentions”

You can rarely go wrong with McLusky.

Roxy Music
“Editions of You”

Early Roxy Music with Eno will never get old.

The Flesheaters
“Digging My Grave”

Although Cheap Trick and Husker Du were also on my list, I had to choose The Flesheaters. Super unique and (in my opinion) highly underrated. Chris D’s unparalleled vocals, cool James Chance-esque sax (he was also on my list), even marimba… just check it out.

And, as always, here is an example of our Tastemaker’s work —

JJCnV
“The Prude vs The Buzz”