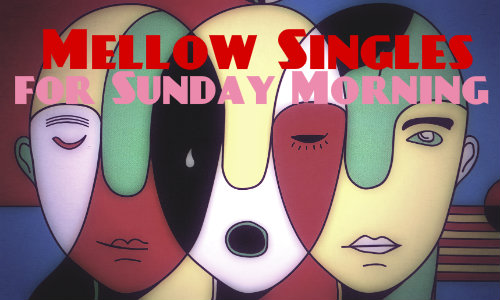 Simen Mitlid just released his dreamy debut album, Everything is the Same, and this single comes to us from that new record. “This Time” has a breezy feel that pairs well with with Mitlid’s ethereal voice. This is indie-folk to lighten your step (and your spirits) without any of that saccharinity that often tags along when indie goes blithe. Give “This Time” by Simen Mitlid a listen below or you can head here to see the newly released music video that accompanies the track.

This drowsy, dreamy number is the result of a studio collaboration that happened in Los Angeles. Where else? Oddnesse combines the efforts of two cross-coastal transplants: musician Rebeca Arango and producer Grey Goon. The result is chill as a coastal breeze and hip as any alley-accessible lounge in the City of Angels.  “Are You Down” has a little bit of a melancholy atmosphere but that only makes it feel a bit more aloof and, consequently, cooler. Check out “Are You Down” by Oddnesse below…

It was just this past Spring when I heard Novo Amor’s EP, Bathing Beach, and was instantly enamored with his atmospheric voice. And, thankfully, Novo Amor didn’t plan to keep his fans waiting very long before offering up more atmospheric indie to alleviate the burdens that might be weighing you down. Novo Amor teamed up with fellow Brit, Ed Tullett, and already has his next release, Heiress, available for pre-order. “Calvary” is the first single from that forthcoming release so give it a spin below before you secure your own copy of Heiress from Novo Amor & Ed Tullett.

Garden City exists despite a little bit of a continental divide. The duo is comprised of Joel Ansett of Denver and Dan Decristofaro of Boston. In spite of the different area code situation, Garden City meets up every other month to work on songs and make videos together. “Toward the Pain”is the duo’s sixth single of the year and we all know bands that live in the same house that don’t produce that much new material.

We know very little about Foaming Winter except that this is the first song she ever recorded despite a decade spent making music and, according to our records, she lives in France. Beyond that we know nothing, except that this sweet-tempered single is as simple as it is charming. You can’t buy it, you can’t download it, but you can hear it here…