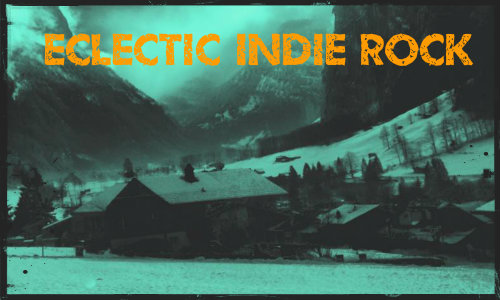 Even As We Speak

“Such a Good Feeling”

Even As We Speak is a band from Sydney [Australia] that formed in the 80s, began rising to prominence on the indie scene in the 90s, and then got caught in the wake of a label collapse. But the loss of Sarah Records resulted in renewed interest in their musical catalogue and Even As We Speak reunited to play NYC Popfest in 2016. The band had so much fun they decided to head back into the studio to record a new EP, The Black Forest, which was just released through Emotional Response Records. Their first single from that release, “Such a Good Feeling”, is the perfect song for everyone caught in 90s nostalgia for the innocence of early indie pop (like me). Give “Such a Good Feeling” a listen below and then head over to Bandcamp to score your own copy of the complete EP.

Weslynn offers a retro nod to rocknroll’s early days on their new single, “Here to Stay”. Incorporating a bit of doo wop flair into the band’s usual alt-indie style gives the new track a wistful feel that pairs well with the clarity of the vocal delivery. “Here to Stay” tugs at the heartstrings without being overly emotive. Take the new single from Phoenix’s Weslynn for a spin…

The acoustic indie rock of Velcro Mary is charming in a way that self-debasing friend of yours that can never really seem to catch a break is charming. You desperately want things to work out for him (or her), but you can tell from the tenor of their voice that no one really expects it to. That is sort of the mood of, “Chair”, Velcro Mary’s new single. A little sad, a little tired, but charming in its earnest and humble expression. That mood is well suited to the stripped-down indie-rock of Velcro Mary. “Chair” is the kind of song that can get stuck in your head for a week so enter with warning, but definitely enter.

I super love the Britpop style of bands like Belle & Sebastian and Camera Obscura so I was immediately enamored with Seattle’s Ephrata. They might belong to a different moody coast, but there is a similar vibe in the aural landscape. Wispy vocals float above vibrant melodies lending the track an innocent sense of wonder and vivifying energy. Ephrata will be dropping their debut LP on September 22nd, but you can check out “Odds”, the first single from that effort, here and now…

Panic Baby is the new moniker of the Phoenix 4-piece that previously performed as The Real Fits and they have a brand new single to mark the transition. Shaping out a sound on the rowdier side of the indie rock spectrum, Panic Baby has some serious bluesy rock undertones – and a fierce vocalist to boot. Think Grace-Slick Bar-Rock and you’ll be somewhere in the neighborhood of Panic Baby… or you could just check out their latest single for yourself below. “Heavy” was recorded by Dominic Armstrong at FiveThirteen in Tempe.