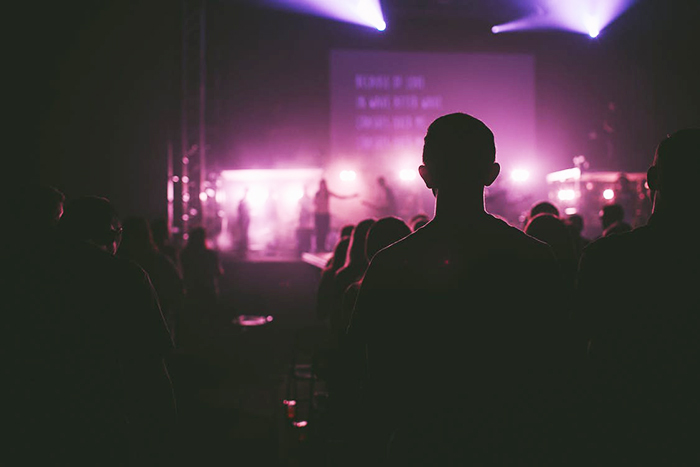 Grab an adult beverage and pull up a seat because in today’s Lessons Learned I’m going to share some possibly unpopular opinions about show offers. If you’re new to the Lessons Learned series, please feel free to check out my past articles on Starting A Band, Recording, Promoting, and Touring!

Before we get into the nitty gritty let’s establish the basics. Where are you located, where can people listen to your music and how do you prefer to be contacted? It’s kind of like the “A/S/L” of social media for bands and it should be at the forefront of every online platform that you’re on.

I can’t tell you how often bands have missed opportunities due to the dreaded Facebook “other” box. If you’re taking longer than a day or two to respond, I can guarantee the offer will go to the next band in line.

On the side of proactively reaching out for shows, you should be checking the local venue’s and promoter’s concert calendars weekly if not daily. Know your audience and what concerts they’d like to see you on. You don’t want to pester promoters to play everything but when the right lineup is announced, be the first to express your interest. The early bird gets the worm… the worm in this case being a support spot on that cool touring bands show.

(Bands- Everything, Or At Least Almost Everything Is Your Fault…)

Before you take a swing at me, let me explain. You just played an intimate show exclusively to the members of the other bands that stuck around. If you’re lucky, a few of them also had significant others that felt obligated to stand inside. It sucks but it happens to all of us. After it does, it’s easy to shift the blame externally but let’s take a minute to stop to think about what’s truly in your control… because let’s face it, at the end of the day you’re the one that accepted the show offer.

Bottom line, don’t play shows that you wouldn’t pay ticket price to go see. This means not playing with bands that you don’t care for, at venues that you’d never go to or during less than favorable days/times. I know it’s hard to turn down something offered from one of the towns hot shot promoters but trust me, you’re not doing anyone any favors.

It’ll ultimately be a hit to your morale when you’re only playing to the sound guy. It’s also not fair to the promoter, venue or other bands since you’re not fully committed to the success of the show. When you play shows that you’re stoked on, bringing friends and fans should be easy. The only exception to this would be if you’re band is just starting off or you’re playing a new city where you don’t have that kind of insight or pull. Otherwise, respectfully decline the offer and let another band play that’s 100% behind it.

There’s few things in the local music scene that stir up stronger feelings than the words “pay to play”. Let’s first understand what it really is though.

Pay to play is a tactic used by promoters to minimize financial risk if the show flops. It’s like a safety net for bad decisions. We all understand what it looks like when it comes in the form of being asked to pay “$XXX.XX” to play with a band.

When a local does this, they’re doing it for exposure, banking on getting some kind of return from merch sales or maybe their parents are just super wealthy and supportive.

More often than not though, pay to play takes a much more deceptive form. Instead, a band is asked to purchase a set number of non refundable tickets up front or sell a minimum amount to get stage time. If they don’t sell that amount, the money is either paid out of pocket or they simply don’t play.

So does this mean you should never accept a show where you’re asked to sell tickets? Absolutely not. Tickets are a great way to gauge how the turnout at the show will be. They also give your fans a little incentive to commit early so they get the discount off door.

The truth of the matter is that if you’re playing a place that’s exclusively a music venue, that venue needs bands to bring people in order to pay their staff and keep the doors open. The door guy isn’t working just to hear your mediocre Nirvana cover. If your favorite touring band didn’t bring people, you can guarantee that they’re either not getting booked again or at minimum they’re not being paid enough for the band to be anything more than a hobby.

So as a band, be up front about your draw. If you’ve determined that it’s the right show for you, consider what external factors may effect it? Playing too many shows in the same area too close together is a prime example. Once you’ve established all this, promote the hell out of the show and assuming your music is awesome, ticket sales should come naturally without annoying your friends.

Getting Paid To Play

Hopefully I haven’t turned every reader off by this point because here’s something we can all agree on: if you do the work, you deserve to be compensated.

Now, it’s no secret that bands in most genres aren’t Scrooge McDuck’n it into large pools of gold coins but if you want to continue to fund that nasty recording and touring habit, you definitely need to be start saving some money. So how does it all work?

The traditional guarantee: This is where prior to the show the promoter and the artist agree upon a set amount to be paid regardless of show turnout. The key factor in this negotiation is if the artist has already demonstrated a history of drawing fans. Otherwise, no promoter is going to jump at the opportunity to pay you out of pocket since they bear all the risk.

The door split: Quite simply, the promoter and artist split a percentage of money made off door also regardless of turnout. Equal risk on both parties. A staple of the DIY scene.

The percentage of sales deal: This one is fairly common for locals. It’s where the promoter pays a percentage from tickets sold by the artist. This means the more you sell, the more everyone makes. Kind of like a low key pyramid scheme minus the anti-aging cream.

You’re goal as the artist is obviously to get the best offer but sometimes the best offer has nothing to do with the money. Building exposure and establishing relationships with new promoters/venues can be equally as important. So go out there and own your success. Pick the right show, set the right expectations and in the end everyone wins. Hey now, you’re a rock star, get the show on, get paid.

If you answered yes to all of these, there’s no doubt in my mind that people will be at your show. If you answered no to any of these and you accepted the show anyways, stop complaining.

Brandon Kellum is the singer of the band your mother warned you about, American Standards. They play August 8th at Pub Rock in Scottsdale with Hundred Suns (Members of Every Time I Die + Norma Jean) and Cons (Members of The Bled).